Because it's the genre that will never die

With massive comebacks, hype-inducing debuts and returning favorites on the slate, the death of the Warped Tour hasn’t killed pop-punk’s enduring spirit. 2019 has already seen fantastic albums from One Ok Rock, SWMRS and Say Anything but there’s much more to come. Here are nine reasons to get excited about the future.

What to expect: After the foundation-laying comeback of ‘California’ re-established them as a band and not a soap opera, Mark Hoppus, Travis Barker and Matt Skiba look set to break away from that classic Blink sound and go off in weird directions. There’s a song called ‘Paris’ which started life as a beat for Juice WRLD.

What they say: “I feel like this is the closest we’ve come to something like ‘Blink-182’ since that album, which is one of my favorite Blink albums by far,” Travis Barker told Billboard. “With this album we’re re-establishing new songs, new rhythms, new ideas.” 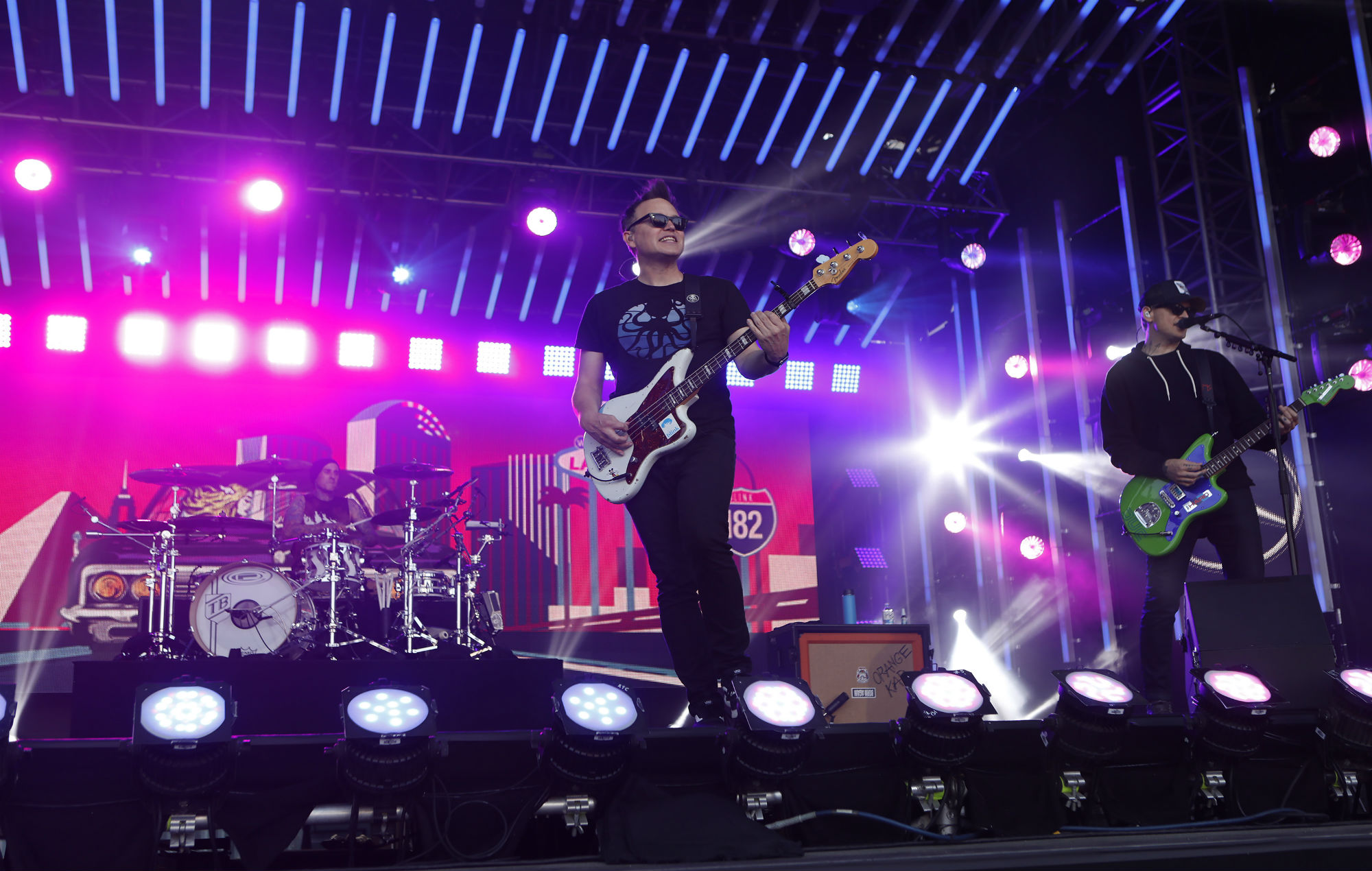 What to expect: ‘From The Screen To Your Stereo 3’ is the third instalment of New Found Glory’s ongoing quest to cover all the best songs from movies. The first taste, ‘Power of Love’ injects the classic with fizzy, youthful exuberance, and the rest of the record will see the band take on songs made famous by Frozen, Rocky 3, Pitch Perfect, The Greatest Showman, Twilight and Shrek. But not that song from Shrek. There’s also going to be a video for every track, taking things full circle.

What they say: “The greatest trilogy of all time.”

What to expect: The Faim came crashing out of the gate with a handful of songs taking influence from the most dynamic voices in the scene and a sign-off from Fall Out Boy’s Pete Wentz. A relentless tour schedule has shaped them into an even more confident force so hopes are high for their debut album. ‘Fire’, the first single from it, sees the band expand their horizons and the hype even further while losing none of that beaming personality.

What they say: “There’s going to be a lot of surprises. Every song is going to have it’s own identity, sonically and conceptually,” according to vocalist Josh Raven.

What to expect: It’s Mark Hoppus from Blink-182 and Alex Gaskarth from All Time Low in a band so as far as Pop-Punk supergroups go, it’s hard to beat. What was originally going to be a Mark + Friends solo record became a proper band after Alex and him clicked in the studio, and with first single ‘Drug’ they’ve captured the excitement in a bottle.

What they say: “It’s different, it’s exciting, it’s fun, there were no expectations for this,” said Alex Gaskarth. “We kind of just went into it with an intention to make something different and something that sounds unlike Blink-182 and All Time Low. I think that was what we stuck by and it ended up with us making what I think is some really rad music.”

What to expect: The Toronto rabble’s first two records tell tales of self-discovery through vulnerable admissions and dark humor while ‘Morbid Stuff’ promises to careen between gleeful chaos and bleak oblivion. The band laugh in the face of oncoming doom and at times, it feels like the only thing holding them together is sticky tape and years of friendship. First single ‘Kids’ celebrates those broken dreams, hearts and promises with wide eyes and a wicked grin.

What they say: “’Kids’ is a love song from one nihilistic depressive to another,” explains Stefan Babcock. “It’s about what happens when you stumble across the only other person on the face of this godless, desolate planet that thinks everything is as twisted and as fucked up as you do.  And thanks to them, the world starts to seem just a little less bleak. But only slightly – it’s still pretty fucked up to be honest.”

What to expect: The much-hyped Charly Bliss released their debut album in 2017 and somehow it matched the years of anticipation. Determined, unafraid and with a heart fit to burst, ‘Guppy’ was a whirlwind of glitter and grime and the follow-up promises to be just as glorious. The first taste of the follow-up, ‘Capacity’, is a swaying revenge fantasy about wanting to kill your inner people-pleaser that is as deadly as it is joyful.

What they say: “In my opinion, the two best emotional releases are crying and dancing, so it makes sense to me to marry the two,” says Eva Hendricks.

What to expect: After the band returned to what they knew on 2016’s ‘Revolution Radio’, an album of stadium-ready protest anthems, Green Day look set to shake things up with album 13. They’ve stopped working with their manager of 20 years to join Crush Music, who know a thing or two about forward facing pop-punk, looking after Weezer, Panic! At The Disco and Fall Out Boy. But fear not, old skool fans, Green Day have also playing the whole of ‘Dookie’ during rehearsals. Did someone say 25th anniversary tour?

What to expect: With a handful of attention grabbing, sugary anthems to their name, Yours Truly appeared fully formed and ready for anything. They’ve now signed to Aussie powerhouse UNFD and are gearing up to take the next step with their ‘Afterglow’ EP. Single ‘Circles’ marries summertime abandon with a determined sense of self while ‘High Hopes’ reaches for the sky with a satisfying crunch.

What they say: “We’re very positive. We’re not going to put out songs where we sound super angry, but we still want to make sure every song we write has something important to say.”

What to expect: The band have already toured Europe with You Me At Six, played shows with Enter Shikari and been Radio One’s Rockest Record. All of that, and they’ve only released one song. But what a song it is. Bubbling with frustration but cut with a The 1975-like lust for life, ‘Awful Ever After’ is the first impression bands dream of making.

What they say: “They’re catchy songs, there are poppy elements, but they also have balls and personality,” Hannah Mee told Music Week.

The post Nine brand new pop-punk records to look out for in 2019 appeared first on NME.