The pair link up again in 'The Irishman'

Robert De Niro has said that he doesn’t think that he’ll make another movie together with Al Pacino and Martin Scorsese.

The trio have linked up once again on new film The Irishman.

In a new interview with The Guardian, though, De Niro appears to signal that this may be one of the last films they appear in together, at least in the way that we’ve come to expect.

De Niro explains how he convinced long-time collaborator Joe Pesci to work on the film, despite having basically retired. 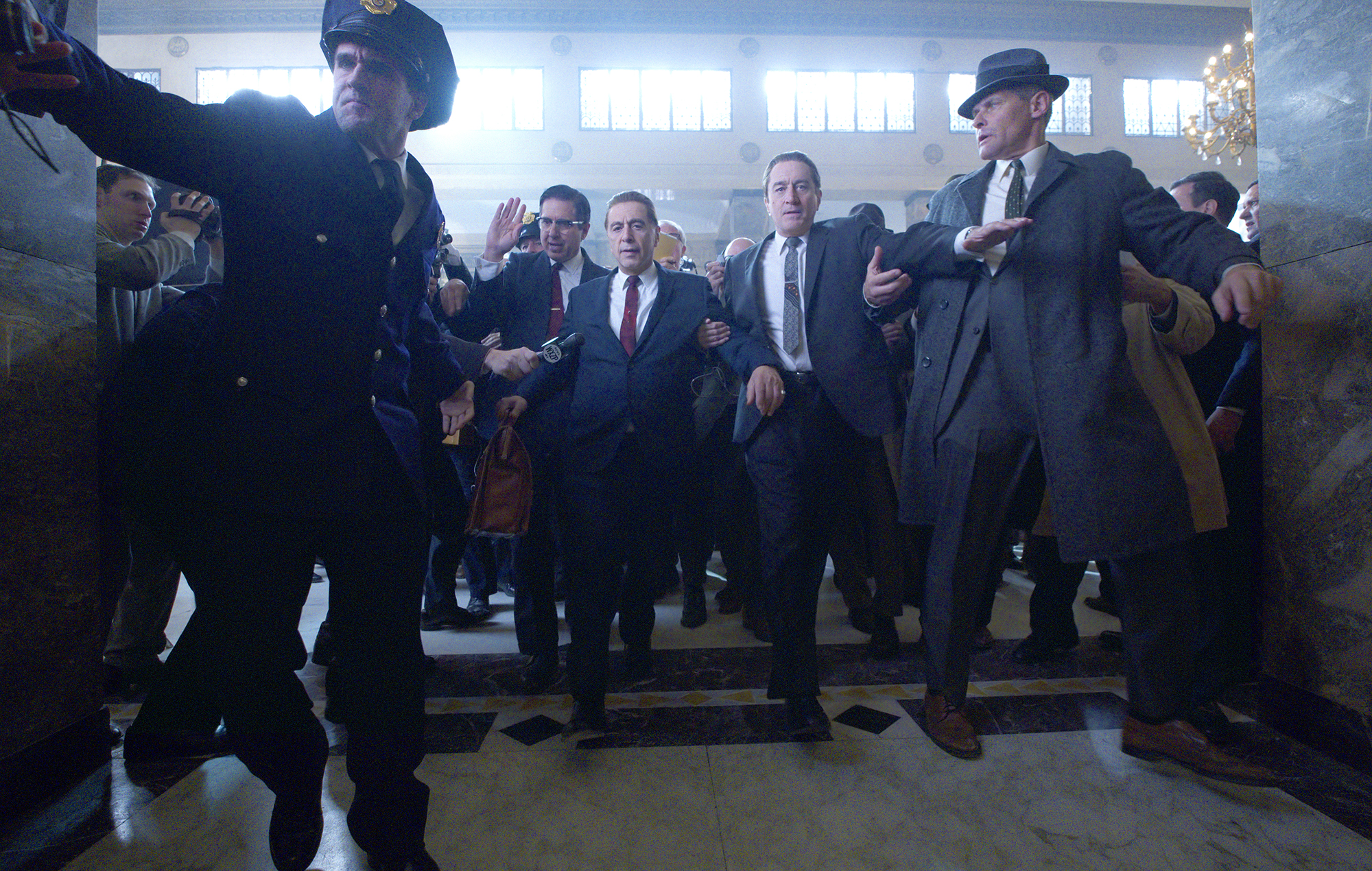 Old friends: Al Pacino is reunited with Robert De Niro on screen in ‘The Irishman’.

“I said: ‘Come on, we’re not going to do this ever again.’” De Niro remembers. “It was tough enough to get it done, to get the money to do it and everything.

He continued, looking to the future of his work with Pacino, Scorsese and Pesci: “I don’t see us putting on a movie like this. I hope we do other films together, but like this? Not likely. This is it.”

Pacino also speaks about his friendship with De Niro, saying: “We’re really close. We don’t see each other very much, but when we do, we found we shared certain things. In a way, I think we’ve helped each other throughout life.”

De Niro recently revealed which film he regrets starring with Pacino in.

In a four-star review of The Irishman, NME‘s Greg Wetherall said: “If this is to be Pesci, De Niro and Scorsese’s final fling together, then they couldn’t wish to end on a better note. The director’s 26th feature film is a meditative and classy offering. Hollywood’s old cronies are still the real deal – magnetic, riveting and unique. Let’s hope we see them again soon.”

The post "This is it": Robert De Niro doesn't think he'll make another movie with Al Pacino and Martin Scorsese appeared first on NME.