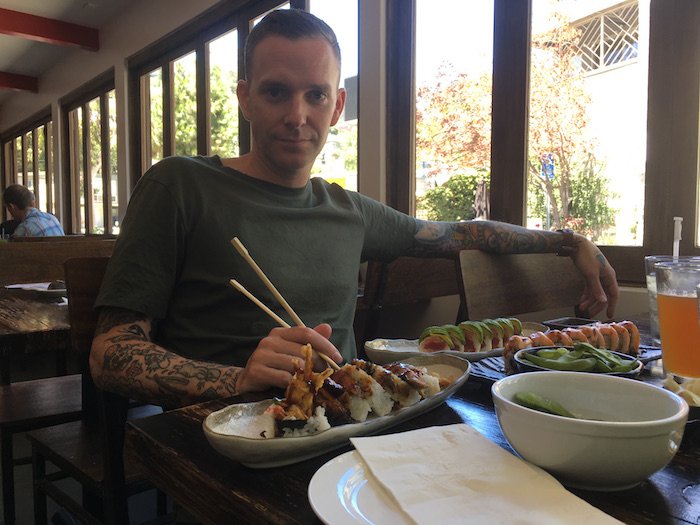 Vinnie Caruana has been the voice of New York emo and melodic hardcore music since the guys in your favorite “emo” band were able to tie their own shoelaces. The frontman for bands like the Movielife and I Am the Avalanche has been at it for roughly two decades, and he’s not looking to stop anytime soon.

Aside from reuniting the Movielife last year, Caruana also released Survivor’s Guilt this year, a solo album with the help of some of his friends. While on tour in support of the new record, Caruana stopped into Yakuza Sushi in the Silver Lake neighborhood of Los Angeles.

“Making this record was extremely liberating,” Caruana says while munching on the house Yakuza Roll with no wasabi (as a true professional, he insists on not eating anything remotely spicy before a show in order to keep his voice pure and intact). “Going in the studio is not like ‘Oh who’s tracking today?’ even though I did have my friends track on the record. It was more like a 24/7 fascist supervision of everything that was happening than a true solo record – just in the way that I had to make sure that everything was exactly the way I wanted it, not that I don’t put just as much pride into the stuff that I work on for my bands.”

But beyond the differences of creating a record that he’s entirely in charge of, Caruana now has to pull double duty when he’s touring. These days, the man generally known for his vocals on classics like “Jamestown” and “Face or Kneecaps” is playing guitar as well, and that’s an aspect of his live performances he’s only recently gotten used to.

“I’m the singer and guitarist in a rock ‘n’ roll band, and that’s not what I usually am,” Caruana says. “A friend of mine from the Rx Bandits came out to the show last night, and he said ‘You look really comfortable doing this now.’ He was the guitarist for a lot of this before, and now he’s a spectator seeing me play guitar and sing, and he’s saying that I don’t look like I’m thinking too much about it. That’s true. I’m finally having fun playing guitar, but in the first few shows, I didn’t get to enjoy that.”

Although this isn’t Caruana’s first solo tour, this summer was the first time he’d traveled the country with a band of his own. Rather than being a supporting act (as he will be this fall, with Aaron Gillespie of Underoath and Ace Enders of the Early November), Caruana’s sets this summer featured a bunch of his friends behind him, which meant that days off were spent where the singer wanted to relax and they never performed more than three shows in a row.

“I’ve done tours, but never with a band,” Caruana says. “It’s always been just me, acoustic. On the tours I’ve done, I would travel with the other solo artists who were playing. The difference with this is I handpicked my traveling parties. We’re really having a laugh. This has not been work, this has been a vacation where there’s a show.”

If you ask Caruana, Survivor’s Guilt is the best record he’s ever done. But the live shows have certainly been an interesting experience for him so far, as he’s coming off of some big festivals and reunion shows with the Movielife. While the Movielife has built up quite the following (particularly since they’re some of the founding fathers of the Long Island scene that birthed bands like Taking Back Sunday and Brand New), Caruana’s solo shows are generally still held in small venues to fans who either only know him by name or by a handful of songs off of his original solo EP, 2013’s City By the Sea.

“It’s crazy, because I’m coming off of Movielife shows where there are thousands of people,” Caruana says as he chows through some edamame. “Now I’m playing in bars to 75-100 people with what is essentially a new band. I went from the Movielife where everybody’s going to come and sing along and it’s going to be awesome to being in a bar band. It’s rounding me into a real musician."

As for the Movielife, don’t expect them to go away again anytime soon. Caruana and the other members of the iconic New York band are having a good time being back together, and the singer still plans to split time amongst his projects. With every other band from the ‘90s and 2000s reuniting, it would seem foolish for Caruana and company not to capitalize on nostalgia at the very least. For now, the frontman is glad that a lot of the bands that he toured with back in the day are back together, and he hopes that they can all band together and create some big emo reunion tours sometime soon.

“I know how much fun I have doing Movielife shows, so I’m happy that my friends are getting that same kind of happiness,” Caruana says as he sips an Abita Wrought Iron IPA. “Looking out in the crowd at a Movielife show, everyone’s smiling. If it was a burden on anybody or if the band isn’t enjoying it, it would be like that feeling when we decided to break up. I get a lot of satisfaction out of the Movielife, and I’m glad it’s in my life, so I’m glad that other guys could get it together and do that too. We’re definitely living in the age of reunions, and it’s great because we play these festivals and see everybody after we haven’t seen all these guys for a while. My next move is now that everyone’s back together, let’s tour together and let’s hang out.” 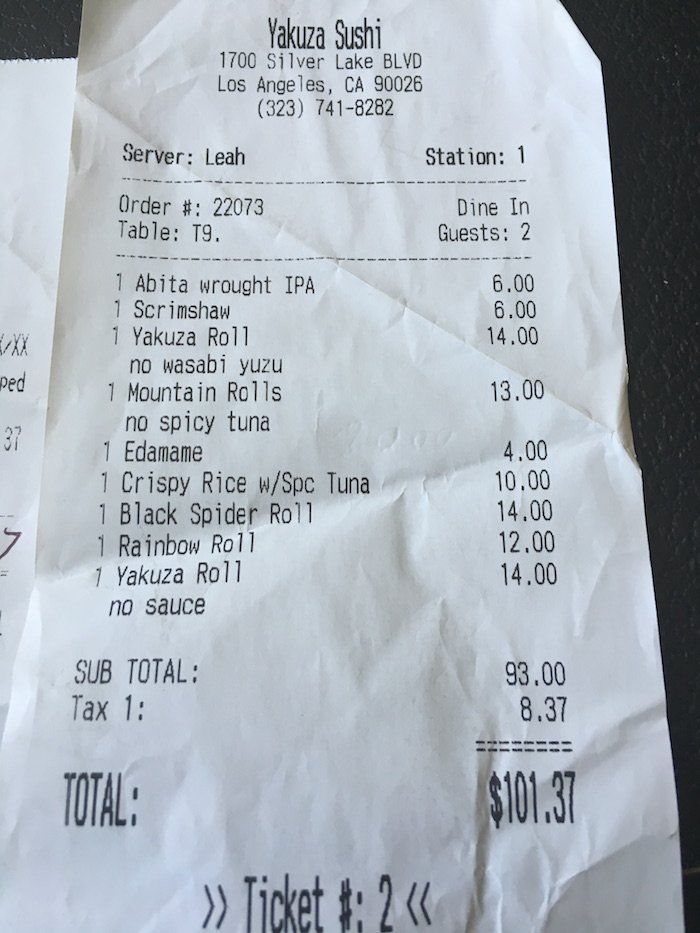