Between fighting for various causes as well as taking on some interesting acting roles, Lady Gaga has been busy. However, she's finally back with some new solo material.

The pop star announced that she'll be releasing a new single entitled, "Perfect Illusion," this fall Creating a mosaic graphic to fill her Instagram page, she didn't reveal too much else except that the tune will drop in September. 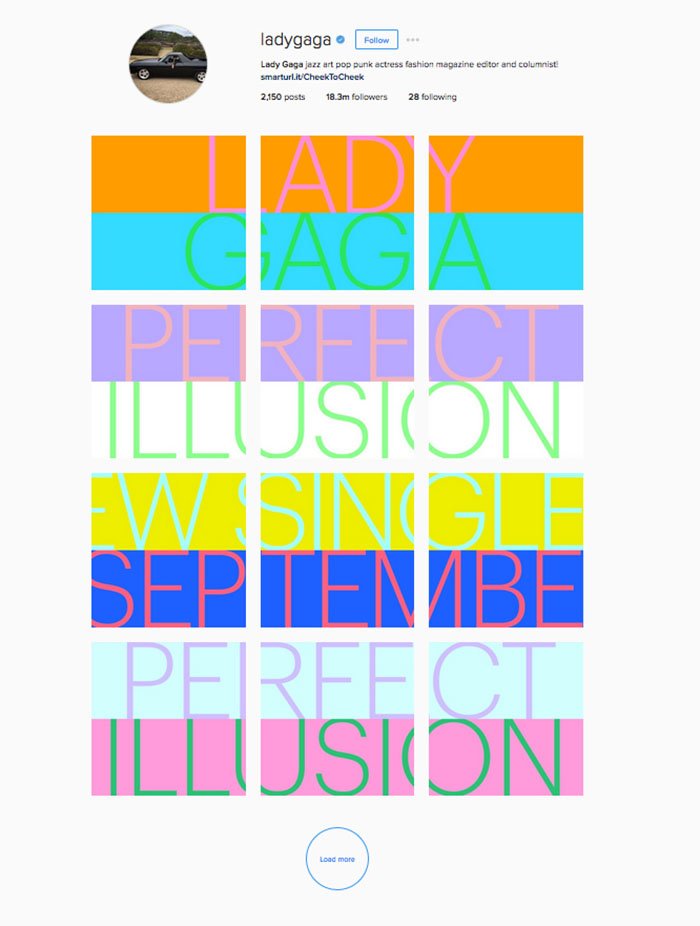 We're not sure if this will be a standalone single or if it's part of an actual album. "Perfect Illusion" will be the first single she dropped since 2015's "Till It Happens to You," off The Hunting Ground soundtrack.

Music aside, Gaga has also announced that she'll be starring in Bradley Cooper's directoral debut, A Star is Born, as well as releasing a cookbook with her dad.