Meet David as he became Bowie.

NEWS
This Is Us: Sterling K. Brown Warns of 'Heartbreaking' Rift Between Randall and Kevin

The first photo of Johnny Flynn in Stardust has been revealed, and he’s channeling the spirit of David Bowie’s formative years.

The biopic was announced earlier this year . It sees Flynn star as the icon as he heads to America in 1971 – a trip that reportedly inspired the creation of Ziggy Stardust.

In the first photo from production, Flynn is seen evoking a young Bowie as he sits in a diner while smoking a cigarette. As well as sporting shoulder-length blonde locks, Flynn wears a purple turtleneck jumper and black fedora.

While the film is due for release next year, Bowie’s family have distanced themself entirely from the production. 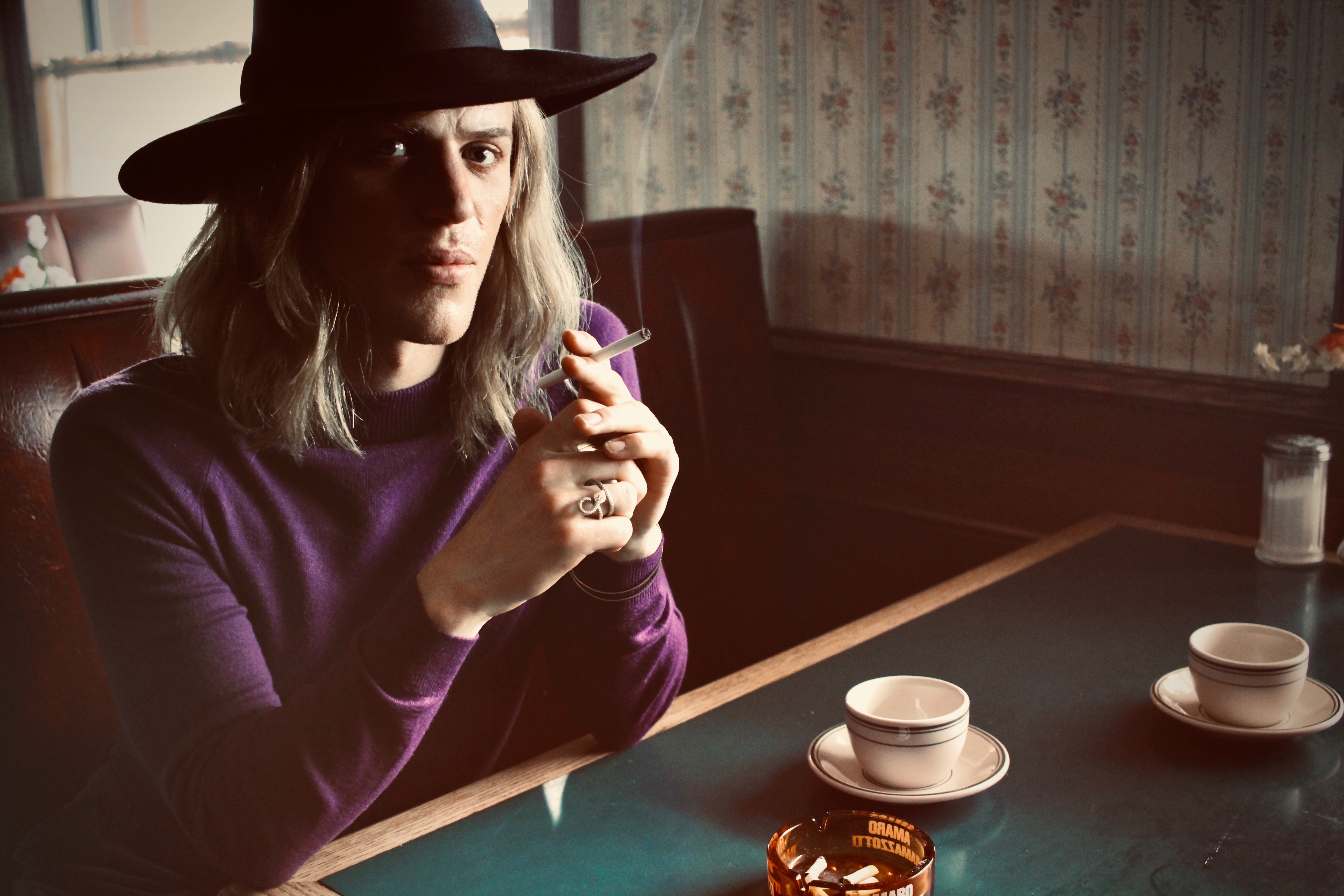 Posting on Twitter, Bowie’s son and Moon director Duncan Jones confirmed that the film is unauthorized and won’t feature any of his music in it.

“Pretty certain nobody has been granted music rights for ANY biopic… I would know,” wrote Jones on Twitter.

He added: “I’m not saying this movie is not happening. I honestly wouldn’t know. I’m saying that as it stands, this movie won’t have any of dad’s music in it, & I can’t imagine that changing. If you want to see a biopic without his music or the family’s blessing, that’s up to the audience.”

An official synopsis teases: “Meet David before Bowie. One of the greatest icons in music history; But who was the young man behind the many faces? In 1971, a 24 year old David Bowie (Johnny Flynn) embarks on his first road trip to America with struggling publicist Ron Oberman (Marc Maron), only to be met with a world not yet ready for him.”

A release date is yet to be confirmed.