The saga in The Bahamas continues with the disaster-stricken festival's organizers attempting to appease their punters with this new offer.

Fyre Festival are offering ticketholders who attended this year’s chaotic event the choice between obtaining a full refund or claiming VIP tickets to next year’s festival.

The disastrous Bahamas-based ‘luxury’ festival was beset by numerous problems last week, attracting global headlines for its horrendous organisation – which included a lack of running water, problems with catering and reports of shark-infested waters (which The Bahamas Ministry of Tourism have since denied).

Read More: Is Fyre Festival the worst luxury festival of all time?

While Fyre’s co-founders are currently being sued for $100 million over the chaos, plans are still in place for the staging of next year’s festival. It has now emerged that Fyre’s organisers are attempting to make amends with the disgruntled punters who attended this year’s event by offering them an alternative to a full refund for tickets which cost between $1,000 to $12,000. 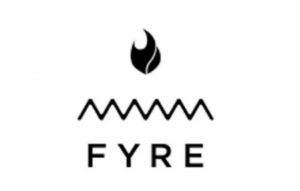 New York Times reporter Joe Coscarelli exposed this latest attempt, posting a screenshot from a question on the festival’s refunds claim website which asks if the person “would like to exchange your 2017 ticket(s) for additional 2018 VIP passes, as opposed to receiving a refund?” See the screenshot below.

Fyre’s co-founder Ja Rule recently issued an update about the festival, declaring that “all guests are safe.” The rapper previously apologised for the festival’s mistakes, but denied that it was a “scam” and said that it was not his “fault”.