The multi-instrumentalist discusses being DIY and bringing in help from his friends.

Joey Vannucchi has probably done more for From Indian Lakes than your favorite artist has done for any of their musical projects. When he first started, Vannucchi was writing, recording, producing and releasing every bit of music with only a bit of technical assistance from his friend Drew, who the songwriter describes as "the engineer." 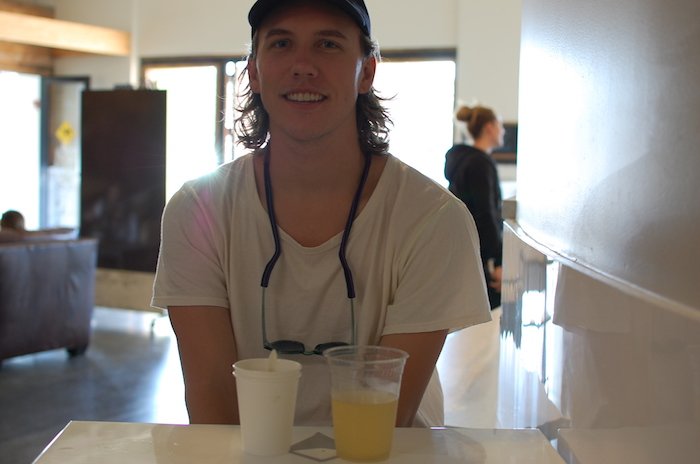 It wasn't necessarily by choice though. Vannucchi grew up in an extremely rural area of central California, so he wasn't exactly flush with people to collaborate with. That same isolated upbringing that helped Vannucchi get his start as a one-man production also helped him discover the unique indie/folky/experimental sound that has made From Indian Lakes a fan favorite for over half of a decade.

"I think I would've clung to anything that I was exposed to," Vannucchi says of how his early life affected the sound of his music. "I didn't hang out with many people because I lived so far from everybody. I only spent time with some of my neighbors, and even my bus ride [to school] was like two hours. I was alone a lot, so I got into experimental music."

To this day, Vannucchi still doesn't live near the musicians he tours with and prefers to fall back into the singer-songwriter way of doing things when he writes and records new music. Although he's not opposed to doing acoustic material and From Indian Lakes isn't exactly a full band all of the time, the young songwriter prefers his wide range of music to be performed with the instruments with which it was intended (even if those instruments aren't played that well).

"I think when we were touring together, it gave the appearance online that we were always together," Vannucchi explains as he takes a sip of bone broth at a table inside of the OC Mix in Costa Mesa, CA. "I never wanted to be the one who was like 'Excuse me...' Writing and recording was so secondary to playing shows for a while, and then recently we've had a fan base and real press and these cool vibes building that pushed writing and recording to the forefront. The guys who tour with me, we were just hanging out one day and I asked if they'd play with me because I had promoters who wanted me to play shows. Some of them didn't even play instruments at the time, so our first couple of tours were pretty bad. It's cool though, because I've never really cared about people playing my music perfectly."