Billy Strings is smoking a bowl in the back of his tour bus, parked in Spokane, Washington,

where he’s performing the next night. “I don’t know how the fuck I ended up here,” Strings tells SPIN, with a humble intake of breath.

We both know he’s not talking about Spokane.

Strings is a 28-year-old Grammy-winning bluegrass virtuoso. Few people in music today can pluck strings like Strings; his fingers are like cheetahs sprinting up and down the neck of his guitar with the appetite of a forest fire. If you listen to any of Strings’ music, hints of his past are even more evident with understanding his demons. And for someone who once spent their days lonesomely walking the streets, his third record Home won the Grammy for Best Bluegrass Album last year.

Renewal is Strings’ fourth record, and was partially written over a week stay in a cabin in the woods, tripping acid with his bandmates. The album makes for a timely, fitting ode to recovering from the pandemic. As the worldwide lockdown kept most of us restrained to solitude, many of our thoughts inevitably ran rampant within our heads. For Strings, he set his thoughts free in therapy, unlocking the doors of his past, in which he then gushed into Renewal. Strings picked his scab, leaving a fresh, raw, stinging wound, and he used his own finger to wipe off his dripping blood.

Strings is a bluegrass artist, and at the same time, isn’t a bluegrass artist at all. Advancing the energy and sound of Gram Parsons’ Cosmic American Music, Strings touches psychedelia, country, rock ‘n’ roll, heavy metal, with jam band energy, concocting a near-forgotten, fresh taste of ‘60s freedom. And his fans dancing in front of the stage mirror exactly that.

This is all a far cry from what was possible in Muir, Michigan, where Strings grew up. A town he sums up as: “meth town with a population of 600.”

“I was supposed to become a fuck up,” Strings says, nearly matter-of-factly. With all of the shitty cards dealt to him in Muir, he believes they seemingly should have sent him down the same road as his neighbors. Rather, and by a miracle, those same cards positioned him to face the opposite way, and ignited the inspiration to become something more. As he sings on his new song “This Old World”: “There’s nothing worse than feeling like you’re first in line for losing.” Strings thought of this beginning lyric in his sleep, and woke up just to write it down. 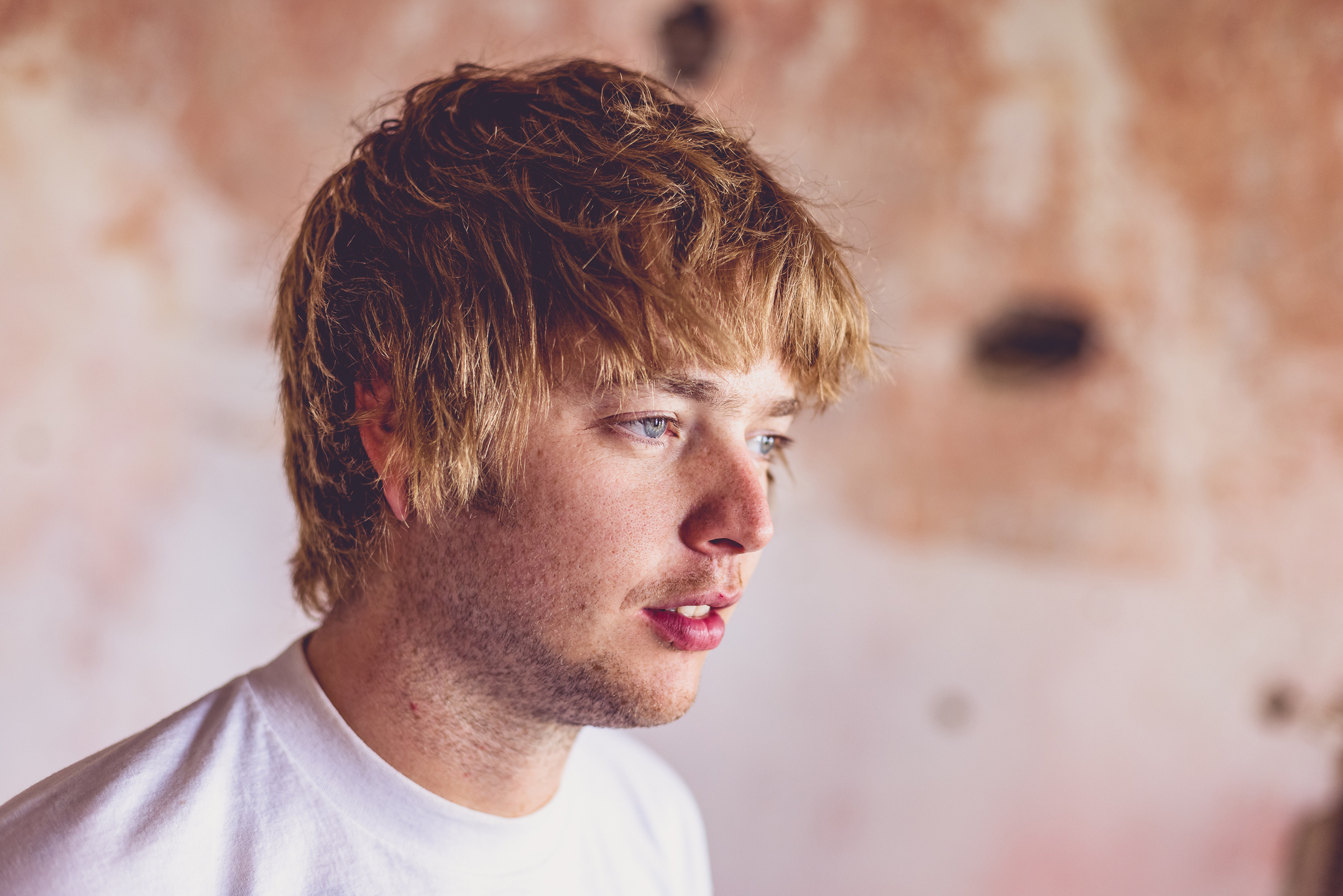 Billy Strings was born William Apostol in 1992. Strings’ father died of a heroin overdose when he was a child. His mother, Debra Apostol, remarried musician Terry Barber, and after a brief move to Lansing, Michigan, the family settled in Muir.

Barber taught Strings how to play the guitar and introduced him to bluegrass music, including the likes of Bill Monroe and Earl Scruggs. The instrument became Strings’ obsession, and says he owes everything to Barber for showing him. “The music was the only good, consistent thing [I had], Strings said. “I figured, if I get real good at guitar, [my parents] will have to fucking notice me.” At the time, Strings’ parents were consumed with his mother’s and friends’ drug use.

Looking back on his childhood, what mostly comes to mind is all the people Strings lost to drugs. Muir, in Ionia County, is located right in the middle of the state. According to a recent report by Michigan’s Opioids Task Force, 2019 was the deadliest year for reported opioid overdoses in the state at 1,647 resident deaths — that’s nine times higher than the number of deaths the Task Force counted in 2000.

“Some people just can’t catch a fucking break,” Strings says. “I got friends who I grew up smoking weed with, and we smoked weed before walking into class in fifth grade. He got caught, and I didn’t. Two years later he got caught with components to make meth, he went to prison. I was doing all the same shit as him. I just never got caught.”

Strings watched his mother turn to drugs after her sister was tragically murdered. When he got older, Strings tried them. “I wanted to see what was so fucking enticing about this thing that was stripping all the people I loved away from me.” But he only tried them a handful of times. As he said: “‘You’re gonna dance with the devil here son, but it’s only going to be for one song.’”

“I’ve done everything there is, but I never had a real spell on anything,” Strings says.

When Strings was 14, his older brother of two years, Aaron, left home when he had enough money saved to move away with his girlfriend, fleeing the toxic Apostol home. Instead of going into high school, Strings did the same. Living on the street was safer in many ways than living in a house he no longer considered a home. He took the guitar with him.

Strings started crashing at his friend Benji Haney’s house during what would have been tenth grade. Benji’s mother, Cathy, had one rule if he wanted to stay: he had to go back to school and graduate. That motivated Strings to get his diploma. But long after high school, Strings reflects that it was Cathy’s warmth, and for the first time experiencing the concern of a parent, is a big part of what changed.

“Cathy fucking saved my life,” Strings said. Not just for housing him; for showing him that he could change his own fate. “I think that was my coping mechanism for a long time,” he said. “If I just keep my head down and keep playing guitar like I always do, the positivity just shows up.”

At 18, Strings moved three hours north to Traverse City, Michigan (“where there was actually some sunshine,” he said, relieved) and noticed he was getting standing ovations for his deathly-fast guitar picking. Strings met a local mandolin player, Don Julin, who asked him to join him for a gig. It would come with a paycheck. With that, he was in, “Fuck yeah, I’m Billy Strings, let’s roll.” 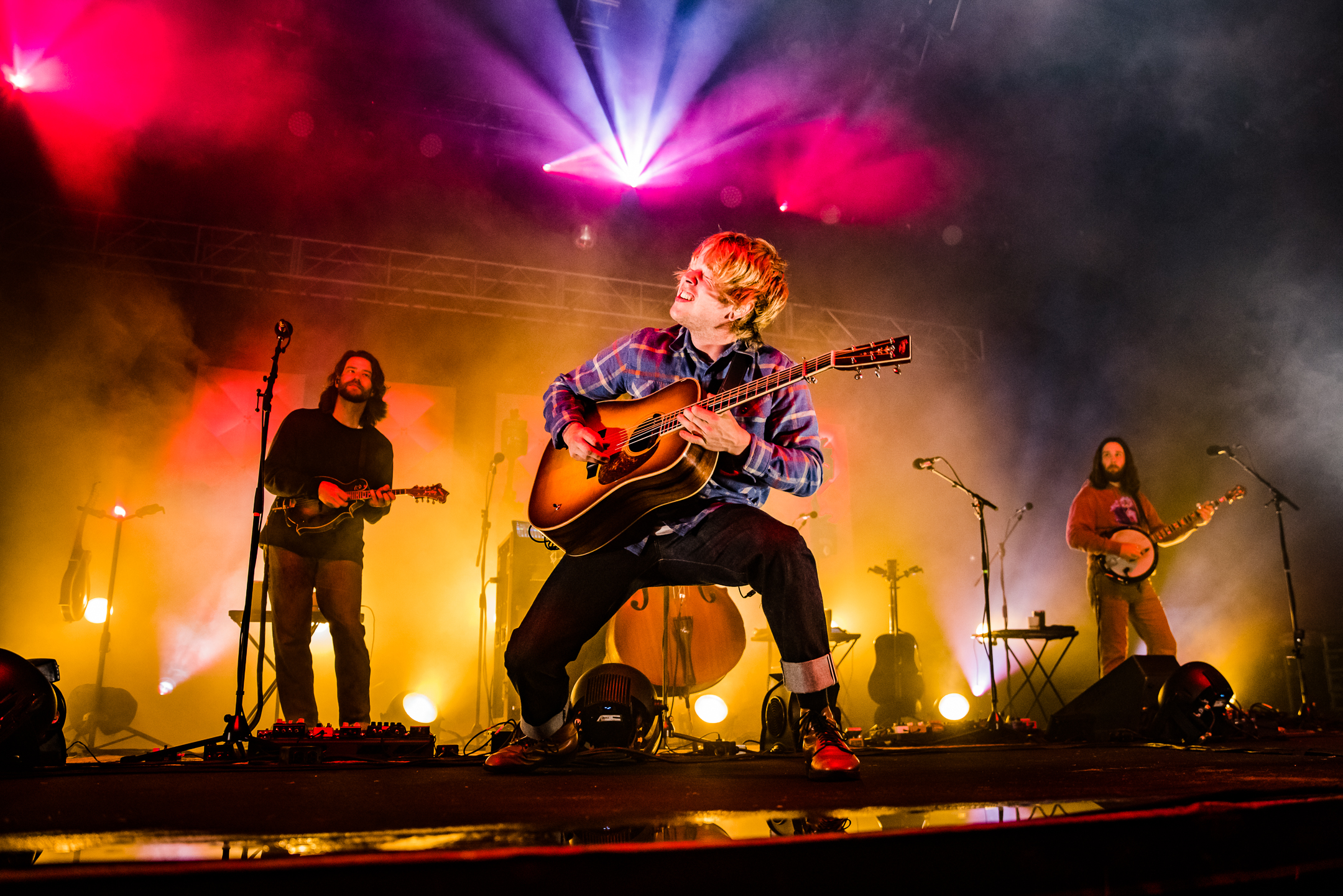 Strings has come an improbably long way since gigging in Traverse City. He signed with Rounder Records in June 2019, and headlines hundreds of shows and festivals every year. Strings has performed with the drummer of the Grateful Dead Bill Kreutzmann’s band Billy & the Kids. “I spent a lot of time with Jerry Garcia in the last five, ten years in my headphones, you know, and I’ve been reminded about the freedom in music.”

Strings is still in genuine disbelief at all of the different kinds of people his music reaches. “I’m like, holy shit, there’s a five-year-old, an 89-year-old, a teenager, an old Deadhead, and a long-haired guy with a Slayer shirt on.” He doesn’t really care how anyone interprets his music. He just wants to give people some joy and a way to “forget about all the bullshit.” Because no one knows better than him how important it can be to have a healthy escape hatch from reality.

Strings said he’s not completely autobiographical on the new record. The music and lyrics are coming from a “musical goulash in [his] brain.” The first song, the lively “Know It All,” talks about having a past that weighs.

Now the memories just keep flying ‘round and ‘round
And I’m traveling faster than the speed of sound
Well the bigger I stand tall
It’s the harder I may fall
On the day my vices lay me in the ground.

“Love and Regret” is a heartfelt ballad about a fictional romance. “It’s about a fella who’s just abandoned society because he was so heartbroken about this girl,” he said. “Maybe he tried to chase down a bottle and it didn’t really work, so he just decided to go sit by the river.”

In “The Fire On My Tongue,” he sings about softening the squeak of the cork so his girl won’t know he is getting drunk again. But on “Hellbender,” he shows no remorse: “I could cruise down to Hades / In a snow-white Mercedes /And a devilish look in my eye,” he sings mischievously.

But “Heartbeat of America” comes directly from Strings’ own life. He sings about letting a paper soak on his tongue while walking down an empty street, feeling his mind shoot down a vortex of red, white, and blue, as searing guitars, mandolins, and violins build to a crescendo around him.

“Just walking around town and I got no friends, I got nothing to do. I’m just fucking bored as hell. And, so it’s like, yeah, I go raid my mom’s stash [of weed]. And then, he kind of gets over his lonesomeness with, you know, takes a little acid and now he can just go look at bugs and stare at the grass and look at the clouds and see little Michelin people.” 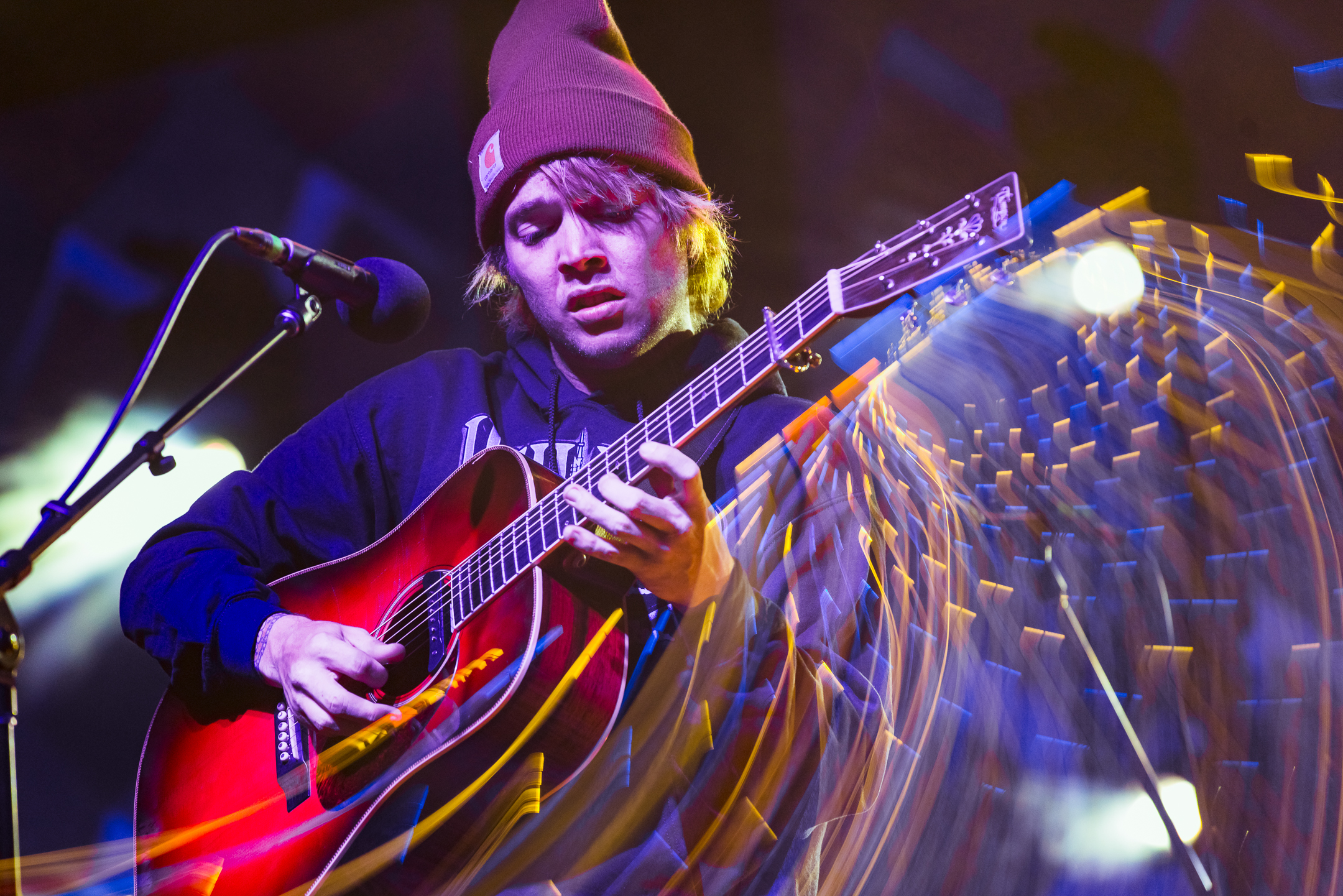 Strings spends most of his time on the road these days, but during the pandemic, he lived in a quaint, grey Nashville rental with a big, red mailbox and barely enough space to park both of his vehicles — a badass, ’66 four-door 388 Chevelle and his bass tracker — beneath the tree in his backyard. He said he speaks to his mother almost every day.

“Sometimes, I’m in front of thousands of people, and sometimes I’m alone on a bass boat, looking at a blue heron, trying to do the same thing I am.”

Strings’ parents left Muir around the time he graduated and turned their lives around. His song “In The Morning Light” was inspired by having that love in his life, (as well as his new fiancée) and trying to figure out how to let more of it in, he explained. “I think rock bottom was back there, and now it’s morning. It’s time for the sun to come up again, and it’s time for it to dry the rain.”

It is rare for people that experience a dark and trying childhood to have hope. Rather, for most, hope is not even an option. Strings may not have always believed it, but he is one of the few, in a place where all hope is lost, who held his head up. William Apostol fucking figured it out. What lesson would he give to that little boy back in Muir?

The post The Unlikely <i>Renewal</i> of Billy Strings appeared first on SPIN.