Like unannounced Amazon PS5 drops or sharing a breakfast with Pete Doherty, 2021 needs to be grabbed while we can. 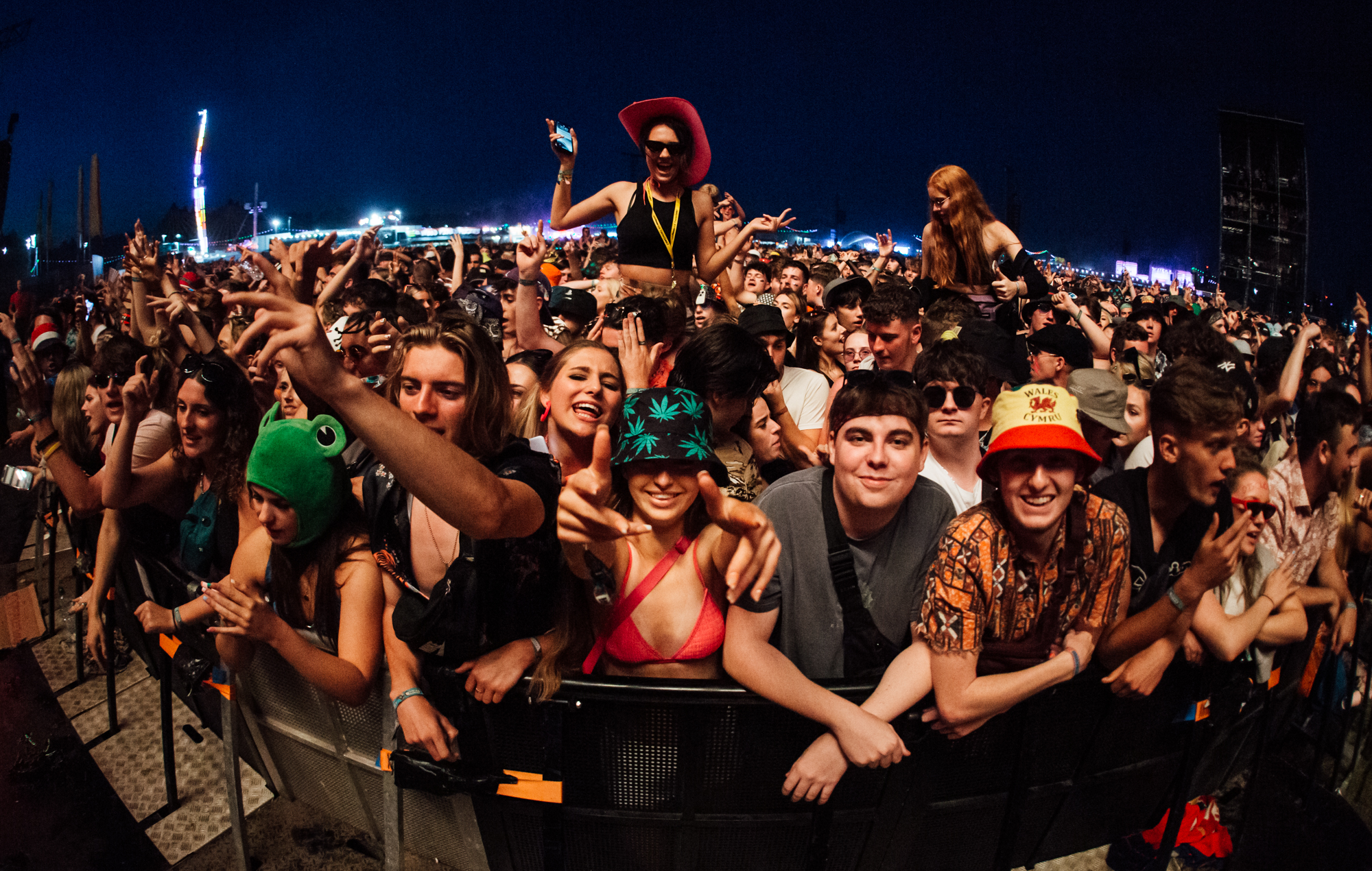 It’s the first year in history that we’ve had to live at double-speed as if, in some celestial DJ studio somewhere, John Peel is playing it. Post-lockdown, we’ve had to squeeze a year’s worth of stuff into just four more months. Time is of the essence; we all need to get booster shots of undiluted culture injected into our spinal columns and 2021 the fuck out of what’s left of 2021. Now.

Take the festival season. In the before-times, by mid-August I’d be a dozen festivals into the summer; up to my arse in Gerry Cinnamon; half-man half, rotisserie chicken; and crying out for a weekend of Love Island and Haagen Daaz near a lavatory that isn’t used for 51 months of the year to gas badgers in. This year, however, festival season is set to last just a matter of weeks, which sounds to me like a challenge. The instant I received my COVID Pass through the post, I resolved to have a full festival summer. In a week.

First stop: the boutique family nostalgia fest. 10 minutes off the M11, I find myself tearing through the Hertfordshire countryside following signs to the Sign Of The Times festival, which seem to be hellbent on directing me straight past the festival entrance and halfway to Wales. Inevitably I miss the first two songs of the band I’m there to see – The Wedding Present, because A) David Gedge is amongst the greatest songwriters of his generation and B) I’ve never really gotten over any of my ex-girlfriends.

The stage is about a foot high and the sound system better suited to announcing the results of a tombola, but being back in a field amongst my people – classic indie fans of a certain age trapped in the permanent mindset of ‘dumped adolescent’ – is exhilarating, particularly soundtracked by a setlist heavy on 1991’s seminal, Steve Albini-produced ‘Seamonsters’ album, the ‘Surfer Rosa’ that’s been brutally friend-zoned.

Two hours and one frustrating crawl around the South Circular later, I’m at Crystal Palace bowl for Supergrass’s set as South Facing Festival, surrounded by old friends and plied with canned cider. It’s here the sheer excitement, exuberance and communal rush of live music really hits home, mixed with a strange sense of flashback novelty, like a war veteran retired by battle wounds watching 1917 and realising this is what his entire life used to be.

Decades of hard-earned cynicism falls away, a sense of personal purpose is reaffirmed and the occasion of thousands of people crushed together out of the love of noise and melody seems wondrous again. It’s like the Labour party waking up with a jolt screaming, “Of course! We used to oppose the Tories!”

Every festival season needs a total disaster, of course. Mine comes the very next day, on the M4, junction 11, Reading turn-off, when my fan belt decides, y’know what, actually, I’m definitely not going to Green Man today. Towed mockingly back into lockdown, I refuse to admit defeat. A few days later, having sat a couple of extra GCSEs in the meantime so I’ve got something to talk about at Reading & Leeds, I confront junction 11 of the M4 once more. And – in your face, junction 11 of the M4! – I emerge triumphant.

The initial feeling is one of homecoming; if, like me, you’ve got festivals in your blood, wristbands up the wahoose and an interior nasal cavity permanently caked with the residue of burnt tent and brick dust ‘drugs’, you belong here. This is home. To the horror of my media peers, I even camp, to live out the full hairy-toothed, spider-in-armpit festival experience (also: reviewer budgets).

It takes about 10 minutes, however, to realise what a weekend wuss the past 18 months of having festivals streamed directly to my champagne hot tub has made me. My military regimen for cracking through a rock weekend like a blister-free boss falls apart by the end of day one. I’ve forgotten sun cream and hat and brought boxed wine I’d get barred for life for trying to sneak into the site itself. Worst of all, I’ve made the rookie error of camping by the silent disco, condemning myself to long, late nights learning the hard way that the average Reading punter still doesn’t know more than four words of Vampire Weekend’s ‘A Punk’.

With acts alternating on the two main stages within minutes of each other, by Sunday I’ve done an entire summer’s worth of traipsing, having not walked further than a fridge since spring 2020. Come the march to the car park I honestly feel as though I’ve been hung, drawn and quartered to the sound of Wolf Alice; I arrive home looking and feeling like I could’ve inspired Platoon. Turns out it’s not the fact that Reading usually ends the festival season that makes it such a perfect destroyer of souls – it is fundamentally designed to break you into little pieces.

Yet there’s no craving to go back to all those safe, convenient virtual festivals. Ruining yourself in a field for the love of music is visceral, tangible, ugly/beautiful life itself. End Of The Road? Oh, go on then…

The post I did the whole of 2021’s festival season in a week. Here’s what I learned appeared first on NME.