Reuben sings, achingly, of tantalizing visions — maybe even premonitions — of a romance that’s just out-of-touch. His otherworldly falsetto offsets the grand production in a way that’s reminiscent of Usher’s “Climax” or Chris Martin. In these quieter moments, you can hear the underlying syncopation that gives this riveting ballad its darker, bluesier, hue.

“Life in Colour” is the first single from Reuben’s just-released EP, Welcome to Dreamland — a maximalist ode to the golden Hollywood era that inspired him to leave his religious upbringing in London and pursue a career in the arts in New York years ago.

After a sudden health emergency precluded Reuben’s singing career as a teenager, he turned to scoring film, TV, and theater. He was inspired by the ruminative works of Bernard Hermann and Hans Zimmer. At age 28, Reuben became the first person to perform an original composition at Windsor Castle in centuries. Reuben founded the production company, Cinemax Studios, and went on to produce and collaborate behind the console with studio luminaries such as Nabil (The Weeknd, Billie Eilish).

With his voice fully healed, Reuben is returning to his main objective: singing and producing his own music. But with over a decade on the other side of the industry — and on the other side of the world, since he’s been living in his native London during the pandemic — Reuben’s riff on the timeless ideal of California-as-Promised-Land is full of bold, psychological nuance. 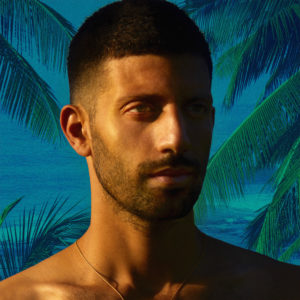