The English songwriter-producer has a self-described analytical brain, which he uses to examine his old music and improve upon it. Within that past decade, Blake has slowly earned his spot as one of the most prominent indie-pop musicians out there. His list of collaborators includes Frank Ocean, Kendrick Lamar, Bon Iver, SZA, Travis Scott, and many others. He’s an artist that, despite his sparse compositions, only grows in stature.

Now, with his fifth album, Friends That Break Your Heart (out on 10/8), he’s taken the time to look back at his career and scrutinize what’s changed. Regardless of his long and impressive résumé, the biggest difference that Blake notices between then and now is his self-esteem.

“I’m just more confident,” Blake tells SPIN over Zoom. “I’m more confident as a person and a writer, which is great. It’s funny because as much as I’m trying to make the songs sound more natural, it’s ultimately for me. I want to listen to them and feel like they arrived at their spiritual home. I want to feel rested about all of it.”

Most of Blake’s earlier material, such as 2013’s Overgrown or 2016’s The Colour in Anything, goes down a sonic rabbit hole in lieu of traditional pop songwriting. His sample-based, electronic style has become one of the hallmarks of his music, but Blake, who tries to do something different with each record, wanted to lean into a tighter songwriting approach.

“I think it’s better songwriting, and that was conscious,” Blake explains. “I was really paying attention to the economy of words and economy of structure on this. On this record, in my opinion, there isn’t a song that lets the pace down of songwriting. It just powers through the whole way through.”

In terms of playing these songs live, Blake has found that it’s been a much simpler process compared to his previous work. On older tracks such as “I Never Learnt to Share” or “Timeless,” there wasn’t much of a definitive structure in place. They were strong tracks, but they didn’t pay much attention to a conventional verse-chorus format. As he’s prepared for his current tour, he’s discovered that Friends That Break Your Heart has been easier to learn.

“The hardest songs to play live are the ones where the songs stop and start and the structure is a bit weird,” Blake says. “Your body wants to do one thing, but the song is telling you that you’ve got to do this other thing. I have found that playing this album live so far, rehearsing it, it’s just really easy to play, which is a testament to the writing itself. I’m really proud to have got to that point where the songs are easy to translate.” 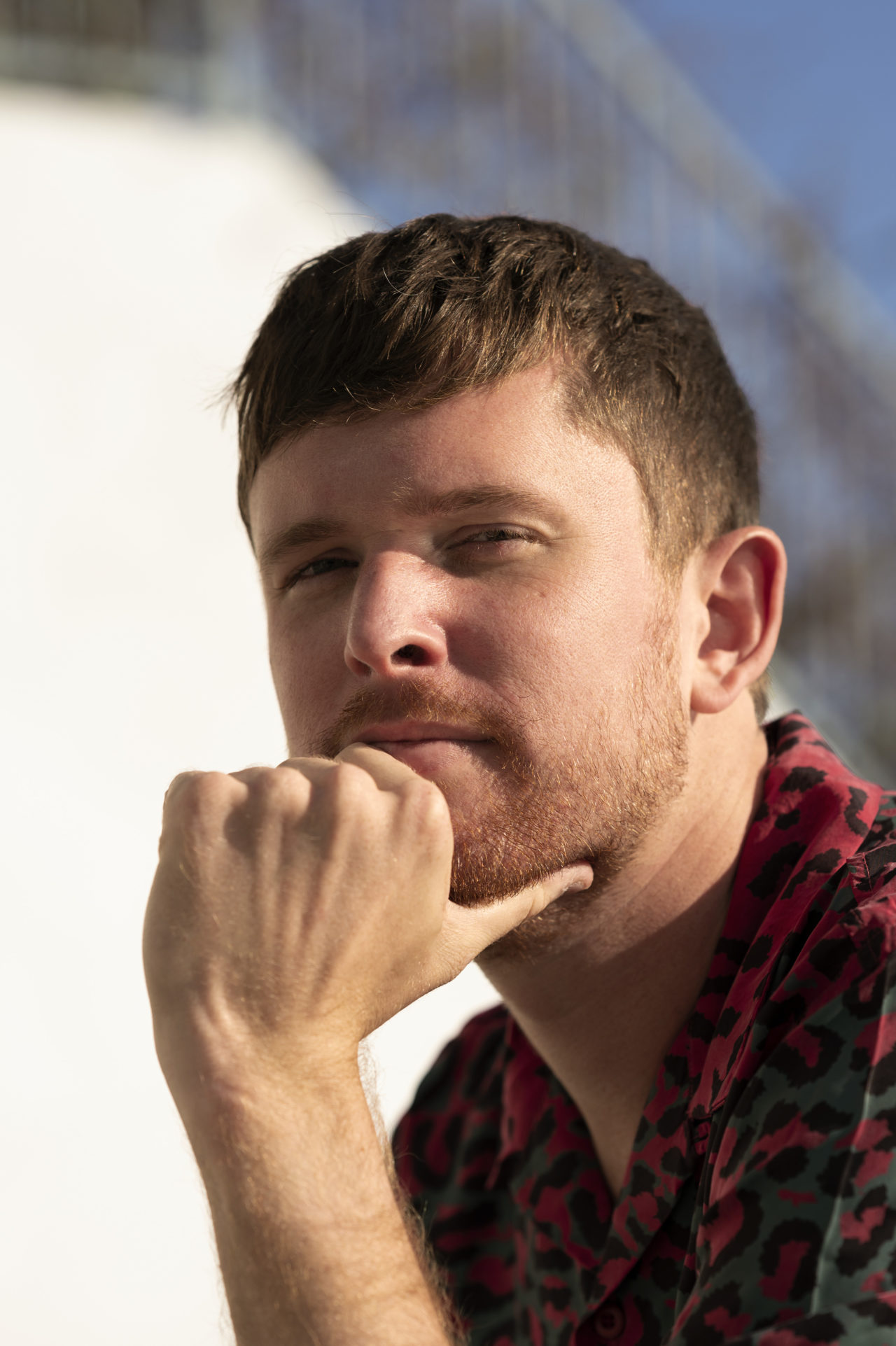 Blake’s last album, 2019’s Assume Form, was a collection of earnest love songs dedicated to his partner, actor Jameela Jamil. Recently, though, Blake realized that most of his favorite songs aren’t love songs. They tend to focus on non-romantic relationships, including friendships, and that’s where the album’s title stems from.

Throughout the creative process, he found that many ideas commonly articulated in love songs can also be applied to other types of relationships. He spent a sizable chunk of lockdown writing about these relationships, and, in Blake’s words, “it just made sense.”

If there’s one thing Blake wants listeners to take away from this record, it’s that he simply wants them to feel something. “When you listen to an album, the thing you don’t wanna feel is indifferent,” Blake says. “I hope it helps people reflect on the topics that I talk about in their own lives. I really like the idea of music being a sort of stimulus for conversation and a way of getting to a conclusion on something or helping in that process.”

The post James Blake Wants You to Feel Something appeared first on SPIN.