Is a return on the cards?

Linkin Park have reportedly considered the possibility of recording music again after the death of Chester Bennington.

The group went on a hiatus after Bennington took his own life in 2017, with co-vocalist Mike Shinoda releasing his first solo record in June last year.

In a new interview with South Korean newspaper Yonhap, DJ Joe Hahn revealed that the rest of the band has considered the possibility of recording together for the first time since Bennington’s death.

“The members are taking care of themselves and their families and are going through the problems in their own way,” said Joe, as Linkin Park Fan Club Worldwide reports.

“And… Now the band has started talking about making new music together.”

However, fans shouldn’t expect them to reconvene any time soon. Hahn says a reunion could be an entire decade away. 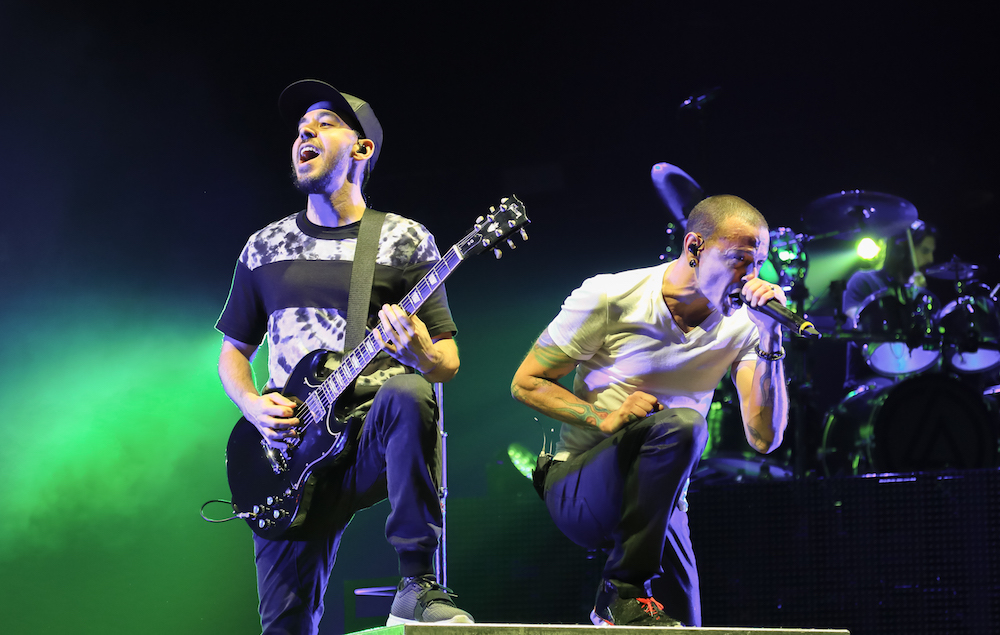 “Maybe in about 10 years? (Laughs) It might be sooner,” Hahn replied when asked to put a timeframe on it.

“I don’t want to set a deadline. We just want to focus on the present and talk about music. We aren’t discussing detailed plans. I just want to go back to those days when I made music in the warehouse.”

This comes after Shinoda previously admitted that the band could eventually return with a new vocalist in Bennington’s place.

“I think it has to happen naturally. And if we find somebody that’s a great person that we think is a good personality fit and a good stylistic fit, then I could see trying to do some stuff with somebody,” he explained.

He added that the potential line-up change wouldn’t be “for the sake of replacing” Bennington, as he “wouldn’t wanna ever feel like we were replacing Chester”.

Back in December last year, Linkin Park’s Dave “Phoenix” Farrell also hinted that new music from the band could emerge.

“We hang out quite a bit,” the bassist explained. “I think we will do music again. We all want to. We all still enjoy being together and being around each other.”

The post Linkin Park “talking about new music” for the first time since Chester Bennington’s death appeared first on NME.