Wolf Alice have become the latest act to be added to a huge Mad Cool festival line-up for 2020 in Madrid.

Wolf Alice join Taylor Swift, Billie Eilish, Twenty One Pilots, Pixies, Alt-J and Tove-Lo and Foals who were the first wave of acts announced for the festival.

Other acts who were added later include Finneas, Nothing But Thieves, Richard Hawley, Jamie Cullum and the Deftones, who were all announced earlier this week. The event is due to take place from July 8-11 2020. 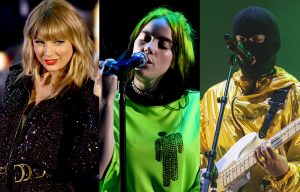 Taylor Swift, Billie Eilish and Twenty One Pilots have been announced for next year’s Mad Cool lineup.

Tickets for next year’s event will go on sale at midday from Sunday, December 1, and will be available through the festival’s official sales channels: Madcoolfestival.es, Ticketmaster.es and Festicket.com. 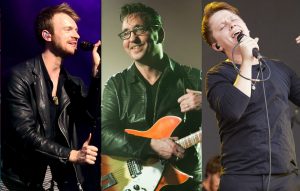 The line up for Mad Cool Festival 2020 now includes Finneas, Richard Hawley and Nothing But Thieves

Reviewing The National’s headline set last year, NME’s Andrew Trendell wrote: “The heartfelt moments from ‘I Am Easy To Find’ allow the set to breathe with a little meditation, especially the tender and cinematic ‘Oblivions’ and utterly breathtaking album highlight ‘Where Is Her Head’.

“…As the night sky darkens over The National’s set, people around me weep, make out, scream and start circle pits. A full journey of emotions was traveled, and every man, woman, child and even the insects felt part of it.”

The post Wolf Alice added to Mad Cool line up for 2020 appeared first on NME.