Fall Out Boy are set to appear on The Price Is Right gameshow.

Pete Wentz and co have been confirmed to appear on a one-off edition of the price-checking franchise as part of the run-up to the 62nd annual Grammys in 2020 according to Billboard, with Diplo and Anderson .Paak also scheduled to feature in their own episodes in the same week.

Fall Out Boy’s appearance will be recorded on December 9 and the episode will then air on CBS in the week of January 20, 2020, with the Grammys premiering on January 27.

It comes after Kiss featured on the gameshow earlier this year.

Meanwhile, Fall Out Boy will be hitting the road for their joint Hella Mega Tour with Green Day, Weezer next summer, which will be calling at Glasgow, London, Huddersfield and Dublin in June 2020. 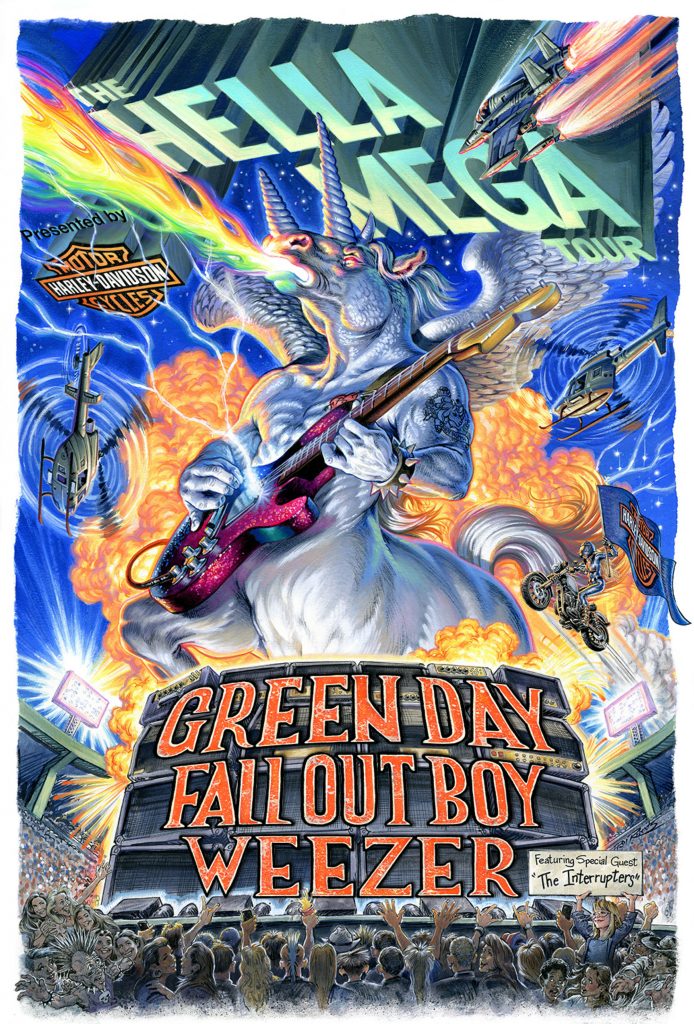 Speaking about the tour, Wentz recently said: “To me, I remember, in the 90s, there was this one summer, and Guns and Roses, Metallica went on the stadium tour and my parents didn’t let me go to it. You want to recreate that memory. Hopefully if somebody who gets to go to the tour, I think this tour represents counter-programming, I think that the world is moving in one direction in an obvious way, or whatever. I think that this tour represents  counter programming to that and it’s awesome to take part in that and be a small part of it.”

The full dates for the Hella Mega Tour are below.

The post Fall Out Boy are going to be appearing on 'The Price Is Right' appeared first on NME.