**Spoilers for 'The Mandalorian' episode one below**

Fans have been reacting to the launch of the new series, which is set to arrive in the UK, along with Disney+, in March 2020.

A synopsis for The Mandalorian reads: “After the stories of Jango and Boba Fett, another warrior emerges in the Star Wars universe.

“The Mandalorian is set after the fall of the Empire and before the emergence of the First Order. We follow the travails of a lone gunfighter in the outer reaches of the galaxy far from the authority of the New Republic.”
The story marks the first time Disney has taken one of its most popular franchises into the world of live-action television.
After a fan backlash against the direction of Rian Johnson’s The Last Jedi and poor box office reception for Solo: A Star Wars Story, some had suggested Star Wars was lagging behind the likes of Marvel and Pixar. The Mandalorian has been seen as a chance to return to form for the franchise. So how did it go down with fans? 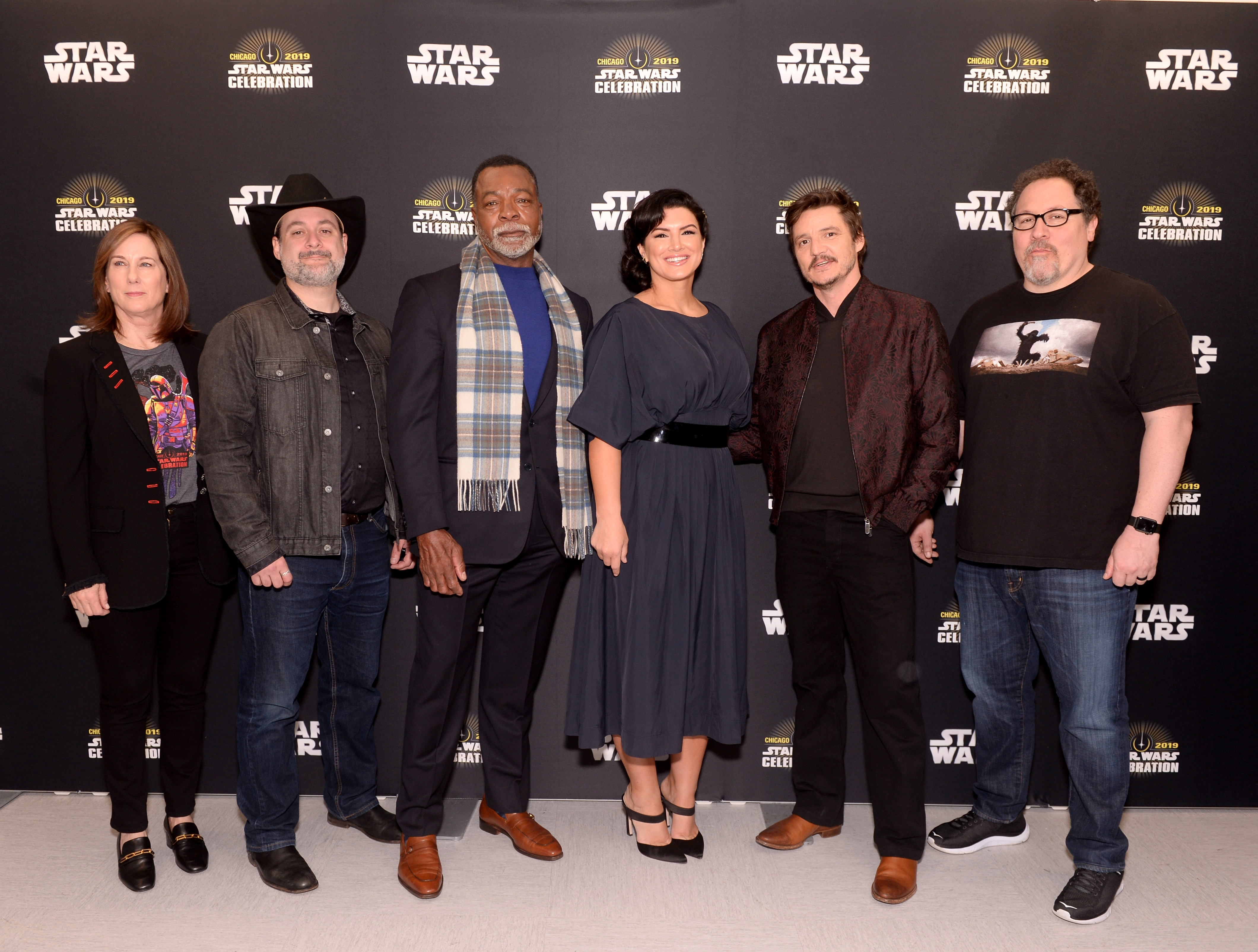 The team behind Star Wars’ ‘The Mandalorian’ at Star Wars Celebration in Chicago. Credit: Daniel Boczarski

Fans and journalists have been discussing the first episode on social media, with one writer describing it as “very, very good” and many specifically referencing the ending, which includes a massive cliffhanger.

Another tweeter referenced the ending of the episode, saying that there are “lots of questions left to answer but the hooks are in deep.”

Baby Yoda is a big hit

Star Wars fans on social media are also delighted at the introduction of a baby version of Yoda in the first episode.

Star Wars fans in the UK aren’t able to watch The Mandalorian episode 1 yet – Disney+ launches on these shores on 31 March 2020 – and have been showing their disappointment on social media.

“Game of Thrones airing a few hours early in the US was merely a test,” one wrote. “The true gauntlet is that people in the UK have to avoid Americans spoiling The Mandalorian for FOUR MONTHS.”