"I knew it was bad, I thought I was paralyzed"

Ozzy Osbourne has revealed that he believed he was “dying” after suffering a fall earlier this year.

The Black Sabbath icon is currently still on the mend following surgery he underwent after falling at his Los Angeles home in January. The injury he sustained and subsequent procedure forced Osbourne to reschedule all of his 2019 live dates on the No More Tours 2 Tour.

After shelving further dates set for 2020 earlier this month, Osbourne has spoken out on the accident and the worrying condition he was left in.

“I went to the bathroom in the night, lost my balance and landed flat on my face. I saw this big white flash when I hit the floor and I thought, ‘You’ve finally done it now’,” he told the Daily Mail.

“I knew it was bad, I thought I was paralyzed, so very calmly I said, ‘Sharon, I can’t move. I think I’ve done my neck. Phone an ambulance’.”

Osbourne went on to say that “the pain is constant” following the fall, explaining he was adamant his prognosis was much worse than he’d been told. 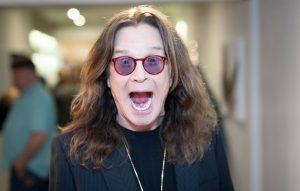 “I thought I’d got some terminal illness because the improvement was so slow. I’m getting better, but after the surgery the nurses asked me on a scale of one to ten how much pain I was in, and I said, ’55!’ Six months of waking up in the morning and being unable to move is a miserable existence.”

Ozzy Osbourne appears to be making a good recovery, however, with wife and manager Sharon recently revealing that he has a new record coming very soon.

“He had a very, very bad accident this year, but he’s getting there,” she explained. “He’s just finished an album, and the album is coming out in January.”

The post Ozzy Osbourne thought he was "dying" after suffering fall earlier this year appeared first on NME.