"An intimate look into what it takes to make your dreams come true," with Charli XCX's favorite band

Rising glam-punk band Nasty Cherry have announced details of their own TV show coming to Netflix next month. Check out the trailer below.

The band, whose members were handpicked by Charli XCX and played their first UK gig at NME’s Girls To The Front night in London last month, will be the subject of the six-part series I’m With The Band: Nasty Cherry – which is coming to Netflix from November 15. Check out our full interview with the band discussing the origins and the series here.

“This six-episode series documents their origin story – from moving in together and their first practice to their first performance and debut single release and everything in between,” reads a synopsis. “An intimate look into what it takes to make your dreams come true, I’m With the Band: Nasty Cherry follows the women as they navigate a new age of music, making up their own rules as they go and blowing up Instagram feeds in the process.”

They added: “With Charli’s support and guidance, Nasty Cherry has the potential to really catch fire…or completely implode if they can’t keep their egos and insecurities in check, and in this unfiltered and intimate series, viewers find out what it takes to make – or break –  this badass band.” 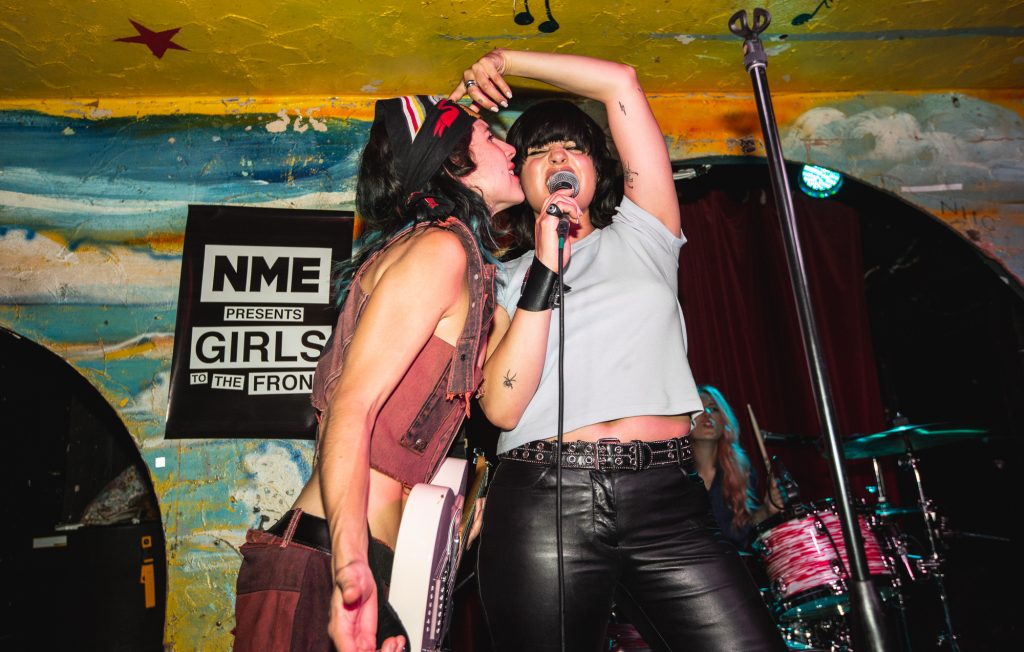 For more info on the show, visit here.

For those not in the know yet, Nasty Cherry describe their sound as like “driving fast late at night in the rain listening to New Order and the Runaways with your date.”

The post Nasty Cherry announce their own Netflix series 'I'm With The Band' appeared first on NME.