If 2008 was the year that saw some pop (Coldplay), rock (Kings Of Leon) and hip-hop (Lil Wayne) giants cement their place as the game’s big hitters, 2009 will be remembered as the year where some vital fresh blood reared their head. 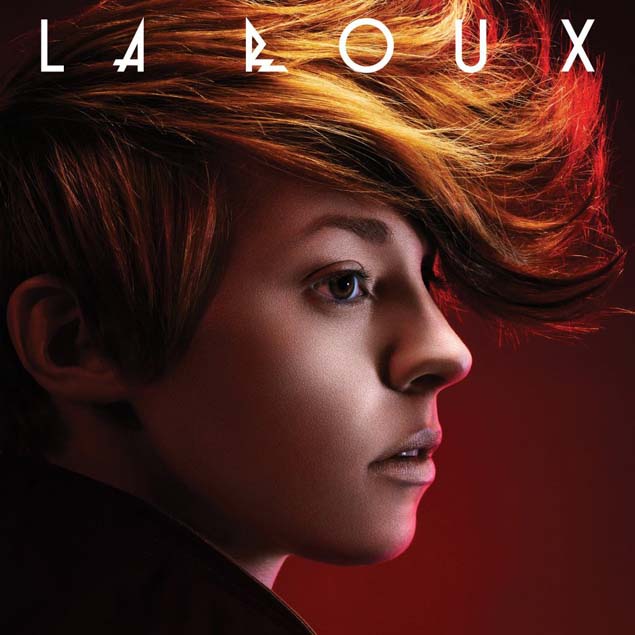 What we said then: “Remarkably, with this astounding debut, an unassuming 21-year-old from SW2 has revitalised a forgotten form to make one of the finest forward-thinking British pop albums of recent memory. Sweet dreams are made of this, indeed.”

What happened next: Elly Jackson went on to release the fittingly titled second album ‘Trouble in Paradise’ without bandmate Ben Langmaid in 2014, who left the band citing creative differences. A third album has since been mooted, but no sign of it yet.

Florence and The Machine – ‘Lungs’ 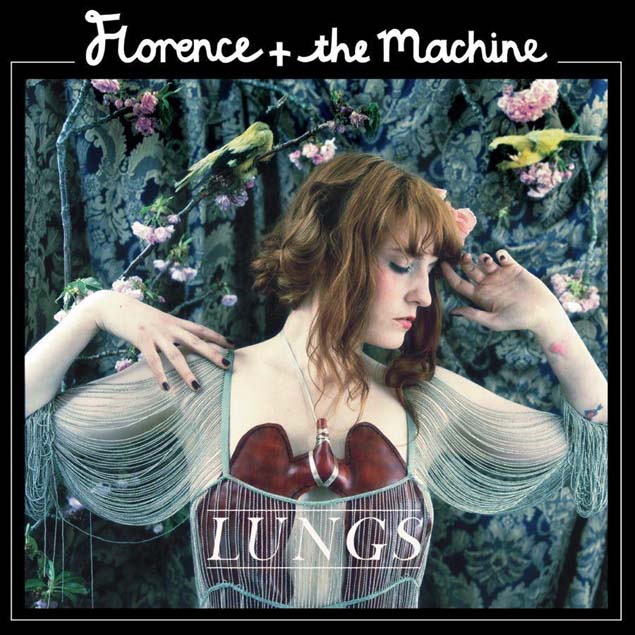 What we said then: “Pretty much every molecule of  Florence And The Machine  divides opinion, It all sets up the most hyped and derided singer of the year’s debut album to be the biggest love-or-loathe opinion-divider since Jigga bought his wellies for Worthy Farm.”
What happened next: Their next two albums, ‘Ceremonials’ and ‘How Big, How Blue, How Beautiful’ both topped the charts, with 2018’s ‘High As Hope’, a stripped back fourth album, also having considerable chart success. Welch also became the first female Glastonbury headliner of this century, when she replaced the injured Dave Grohl and Foo Fighters in 2015.
Key Track: ‘You’ve Got The Love’ 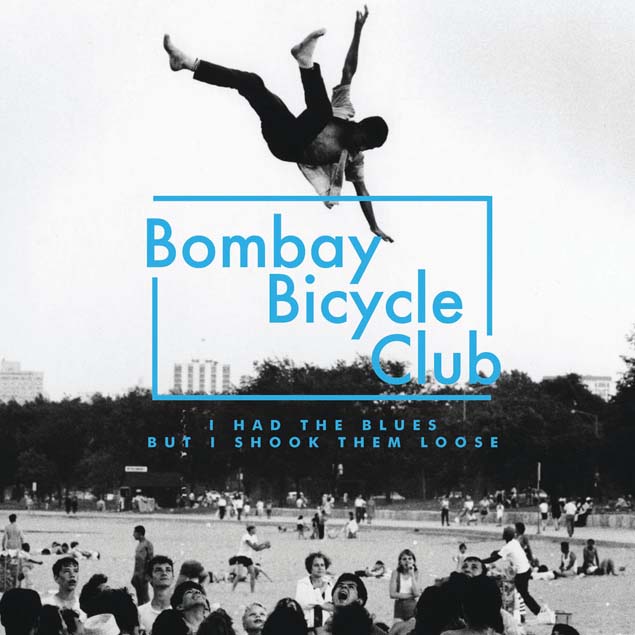 Release date: July 3
What we said then: “If you’re over the age of 18, consider ‘I Had The Blues…’ your invitation back to the heady rush of teenaged rapture, and the rest of you, stay drunk on its certain romance while you still can.”
What happened next: Crowned Best New Band at the following year’s NME Awards, they went on to release three more critically-acclaimed albums before going on an “indefinite” hiatus in 2016 to pursue solo work. However, earlier this year they announced they’re back together and working on new music.
Key track: ‘Always Like This’ 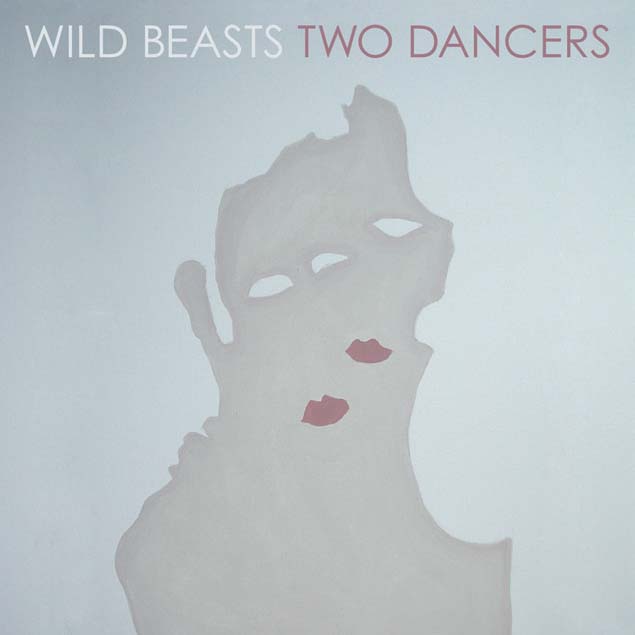 Release date: August 3
What we said then: “Any idiot can try to be weird; most will just end up being depressingly inane. But to take something as wonderfully, magically strange as Wild Beasts’ debut ‘Limbo, Panto’ and sublimate its elements into something as subtly beautiful as ‘Two Dancers’ is something very special indeed.”
What happened next: ‘Two Dancers’ was followed by less frantic and more melodic third and fourth albums. They decided to call it quits after their fifth album, ‘Boy King’, and played a farewell tour in early 2018.
Key track: ‘This is Our Lot’ 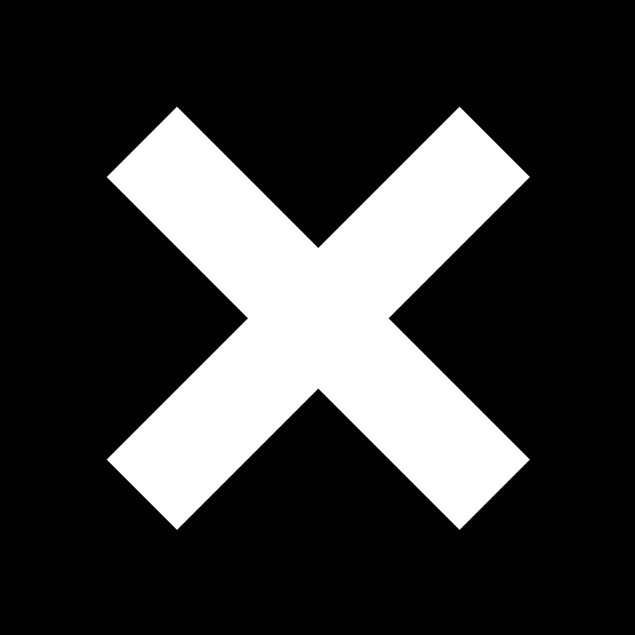 Release fate: August 14
What we said then:  “The XX, four kids from the dubstep heartland of south London, have quietly set up an emotional squat in those spaces, with bedsit-delicate love songs. It’s strange that such a traditional set-up (drums, bass, keys, guitars, voices) has resulted in one of 2009’s most unique debuts.”
What happened next: Two albums have followed, with most recent ‘I See You’ pivoting to a more chart-friendly sound. Meanwhile, the band’s lead producer Jamie xx continues to have successful solo career as an influential DJ and producer, with his debut ‘In Colour’ soundtracking 2016’s heady summer.
Key Track: ‘Islands’ 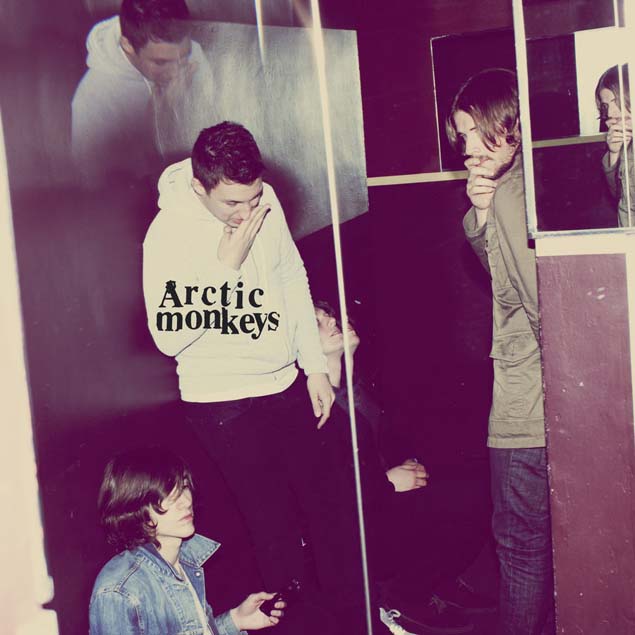 Release date: 24 August 2009
What we said then: “They’re fatalistic, smirking sceptics who’ll never, ever take the soft option. They’re exactly the sort of rock’n’roll band you shouldn’t put your life in the hands of. And that’s exactly why you should love them even more.”
What happened next: In the decade that has followed, Alex Turner & co have veered from power-pop (‘Suck It And See’), through to the unbelievably slick (‘AM’) before catapulting themselves towards the stars with a space-rock epic (‘Tranquility Base Hotel & Casino’).
Key track: “Crying Lightning”

The Cribs – ‘Ignore The Ignorant’ 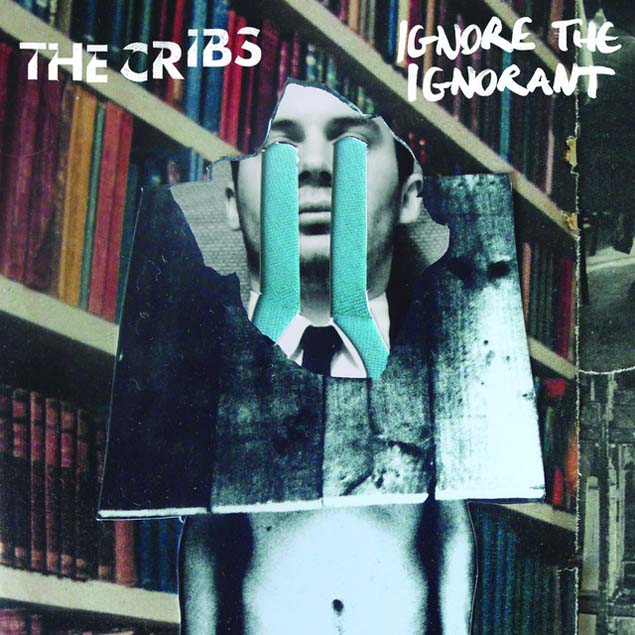 Release Date: September 7
What we said then: “Album number four is often unlike anything the band have done before and it’s become apparent they’ve now learned the knack of making a song’s empty space ring out as loud as the bits they’ve atypically filled with Gary Jarman’s West Yorks appropriation of Kurt Cobain.”
What happened next: Marr left the group two years later but the brothers have not slowed down since, with their seventh album ‘24-7 Rock Star Shit’ being released in 2017. In that same year their hometown Wakefield celebrated their achievements with a museum exhibition.
Key track: ‘Cheat On Me’ 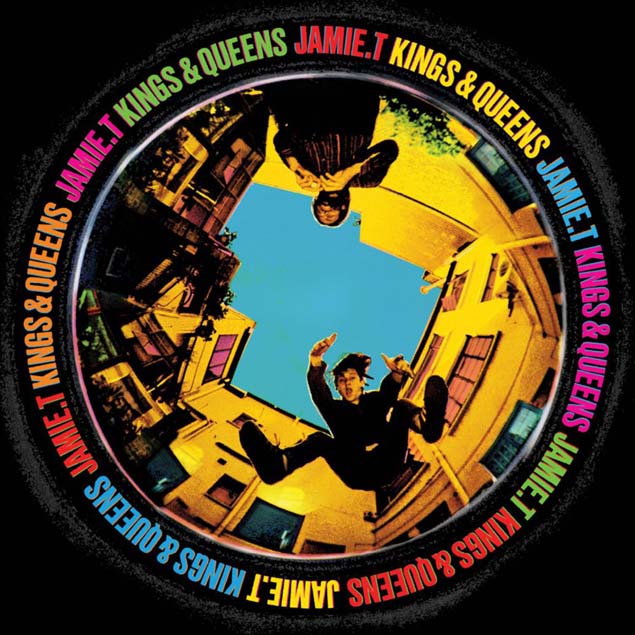 Release Date: September 4
What we said then: “While Jamie T remains something of a flawed hero, he’s the type you just want to get behind. Where he once seemed like a busking Rodney Trotter, he’s now left the loser affectations behind and is more like Del Boy, a man aiming for bigger and better things and becoming a national institution in the process.”
What happened next: The singer went off the grid for five years before releasing two albums, ‘Carry On The Grudge’ (2014) and ‘Trick’ (2016) in quick succession . He has maintained his cult following over the last ten years and told NME last year that “new music is on its way.”
Key Track: ‘Sticks ‘N’ Stones’ 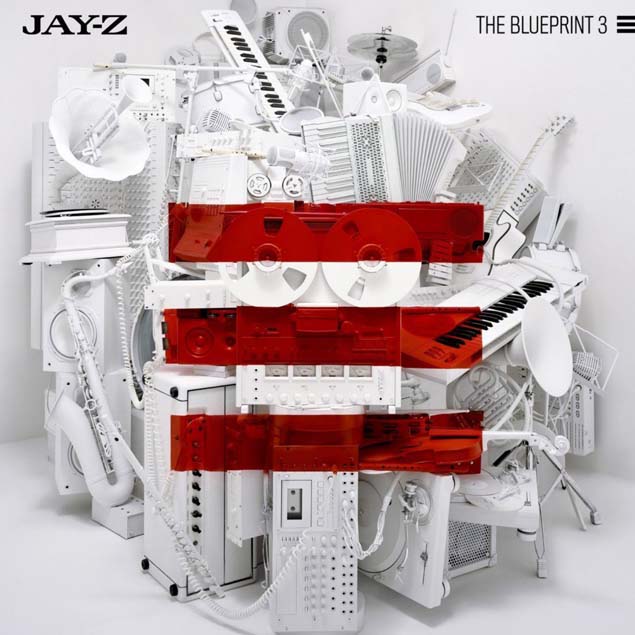 Release Date: September 8, 2009
What we said then: “Despite bringing in all these names to make it an event album, The Blueprint 3’ delivers because of hefty beats and quality rapsmanship.”
What Happened Next: Jay-Z’s chart domination has gone on and on, from floor-filling collab album ‘Watch the Throne’ with Kanye West, to his emotional epic ‘4:44’, and 2018’s show of solidarity with wife Beyoncé on joint project ‘Everything Is Love’.
Key Track: “Empire State of Mind” 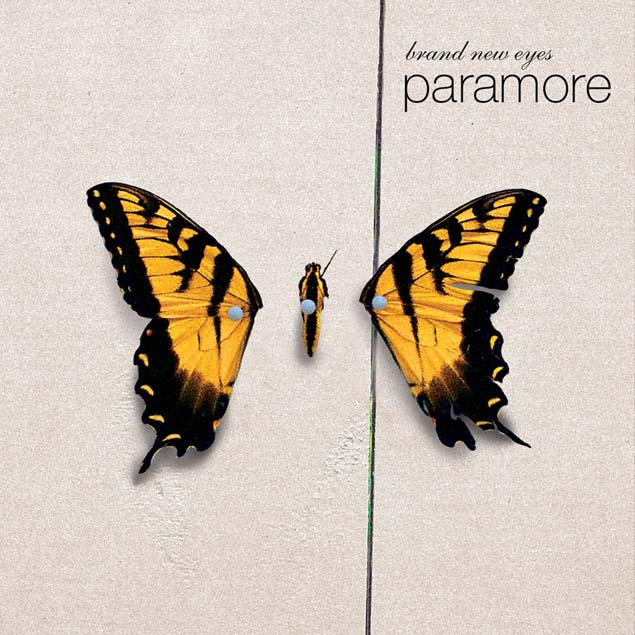 Release Date: September 29
What we said then: “Thankfully, Paramore’s new-found rage hasn’t impinged on their talent for crafting a joyful pop song, as evidenced by the high octane likes of “Careful” and “Ignorance”. They might be dark in tone, but they’re still a fairground-full of fun.”
What happened next: Founding members, Josh and Zac Farro left the band in 2011, but the latter returned in 2017 for fifth album ‘After Laughter’, the band’s kaleidoscopic shimmy towards pop magic.
Key Track: ‘Ignorance’ 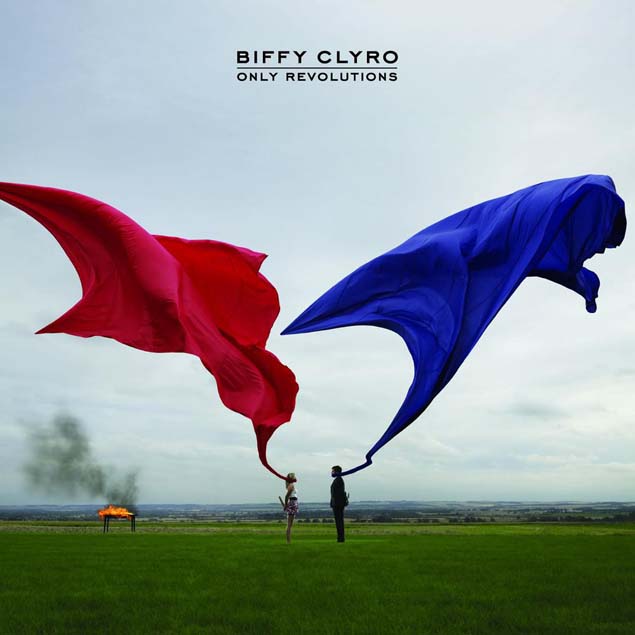 Release Date: November 9
What we said then: “‘Only Revolutions’ springs the band instantly level with the greatest rock acts in the world. The only thing that can stop them being recognised as such is the 2010 trend of UK guitar music being treated with contempt by the electro-pop-fixated mainstream.”
What happened next: ‘Only Revolutions’ got the mainstream’s attention and they’ve since headlined Reading and Leeds festival, despite two underwhelming albums ‘Opposites’ (2013) and ‘Ellipsis’ (2016). They are currently producing a currently-untitled film, which will be soundtracked by a new album.
Key track: ‘God & Satan’ 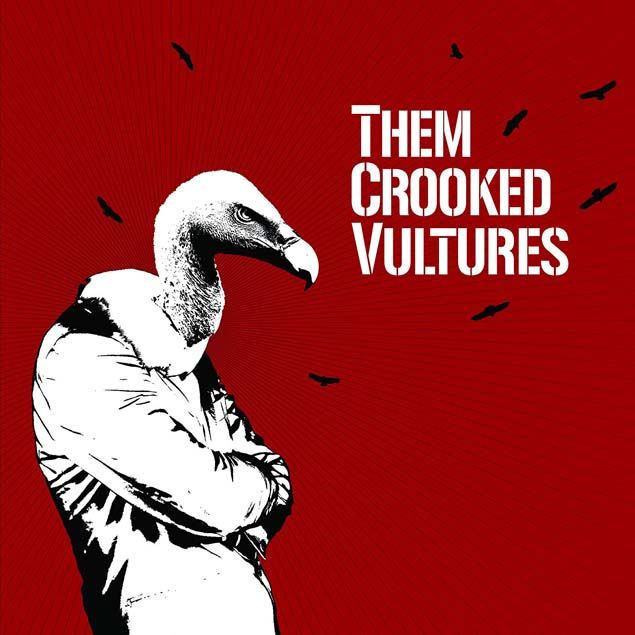 Release Date: November 16
What we said then: “This is evidently more Josh Homme’s record than it is Dave Grohl’s, or John Paul Jones’s. It’s a muso’s album: guitarists will love it.”
What happened next: The supergroup won a Grammy for Best Hard Rock Performance on ‘New Fangs’ and have continued to hint at a possible future reunion. Grohl’s Foo Fighters and Homme’s Queens Of The Stone Age continue to be two of the biggest rock bands on the planet, while Jones is yet to reunite with his, Led Zeppelin.
Key track: ‘New Fangs’ 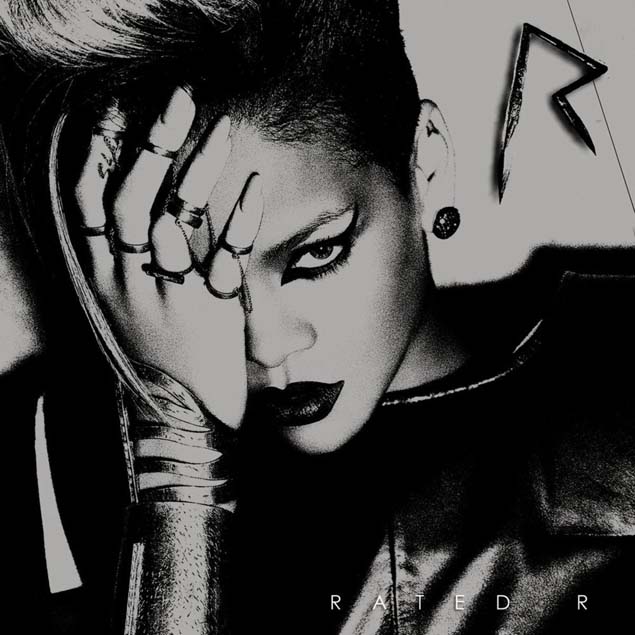 Release date: November 20
What we said then: “Never exploited and totally in control, the sultry sexbomb of ‘Good Girl Gone Bad’ is now a siren on the rocks – dangerous, self-aware and with a clan behind her. Empowered but not embittered, Rihanna turns her back on love.”
What happened next: Rihanna’s continued to rule the airwaves with four consecutive chart-topping albums, ‘Loud’, ‘Talk That Talk’, ‘Unapologetic’, and ‘Anti’, and plans to release her long-awaited ninth studio album in 2019.
Key track: ‘Rude Boy’