If 2008 was the year that saw some pop (Coldplay), rock (Kings Of Leon) and hip-hop (Lil Wayne) giants cement their place as the game’s big hitters, 2009 will be remembered as the year where some vital fresh blood reared their head.

With much joy, sadness and a full-blown age-fuelled crisis, we’ve dug deep to remember the killer albums from 2009 that celebrate their 10th anniversary in 2019. 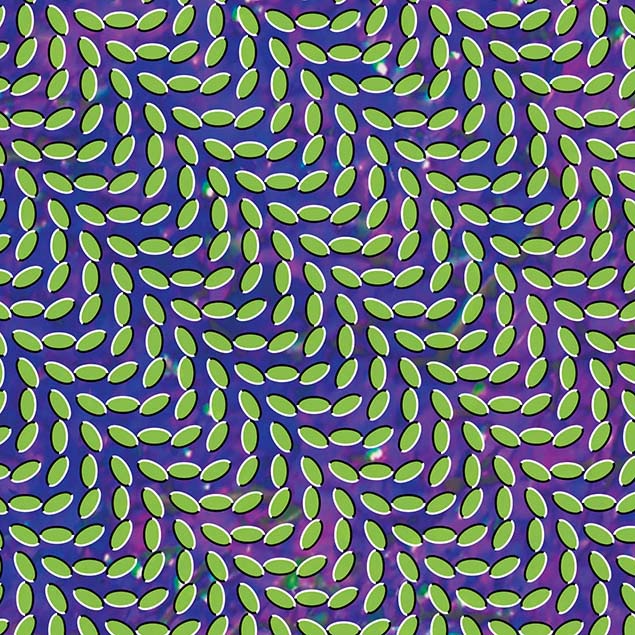 What we said then: “The MDMAzement is strongest on ‘My Girls’, where Panda Bear, aka Noah Lennox, concocts a starry-eyed hymn to nest-building, cooing about “four walls and adobe slats for my girls”.

What happened next: The band have released three albums since, with their latest album, ‘Tangerine Reef’, being described by NME’s Jordan Bassett as “as unlistenable as it is boring, which is almost kind of an achievement” in a one-star review.

White Lies – ‘To Lose My Life’ 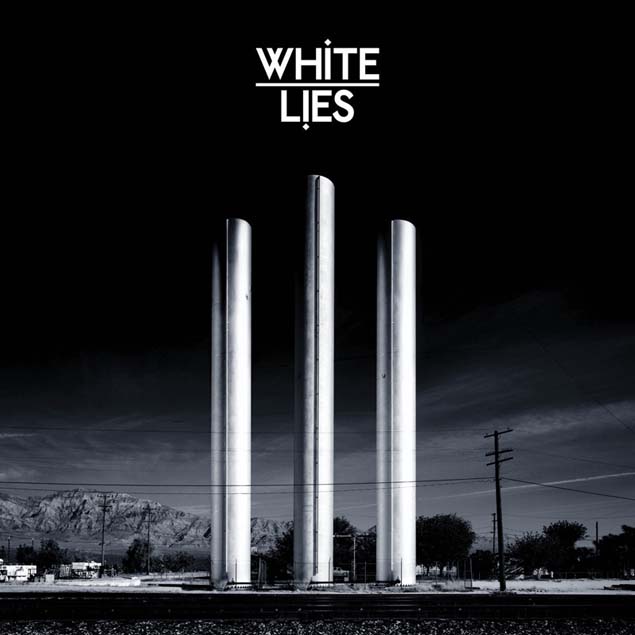 What we said then: “For all its glum pronouncements of murder, mortality and loss, it’s an ecstatic listen, ponderous party music.”
What happened next: ‘Rituals’, their 2011 follow-up, didn’t quite have the same effect but they’ve built a loyal fanbase and tour regularly. Their fifth album, er, ‘Five’ is out in February, if you wanna poke your head in and see how they’re doing.
Key track: ‘Farewell To The Fairground’ 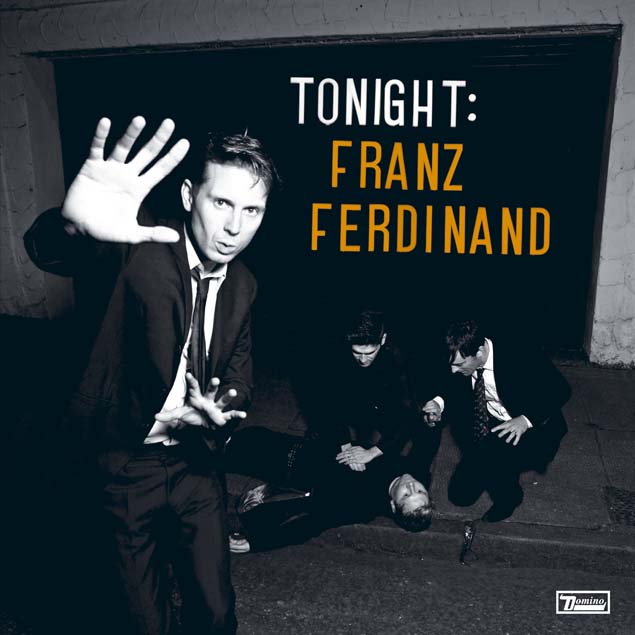 Release date: January 26
What we said then: “This might not be the ‘music of the night’ that rotund talent show type Lloyd Webber and his phantoms had in mind, but based on the majority of this album Messrs Kapranos, Hardy, McCarthy and Thomson can definitely take us out tonight.”
What happened next: They followed it up with the relatively mellow ‘Right Thoughts, Right Actions’ in 2013, but last year’s ‘Always Ascending’ and their collaborative project with pop-pioneers Sparks marked a raucous return to the dancefloor.
Key track: ‘Lucid Dreams’

Lily’s finest and most forthright album to date 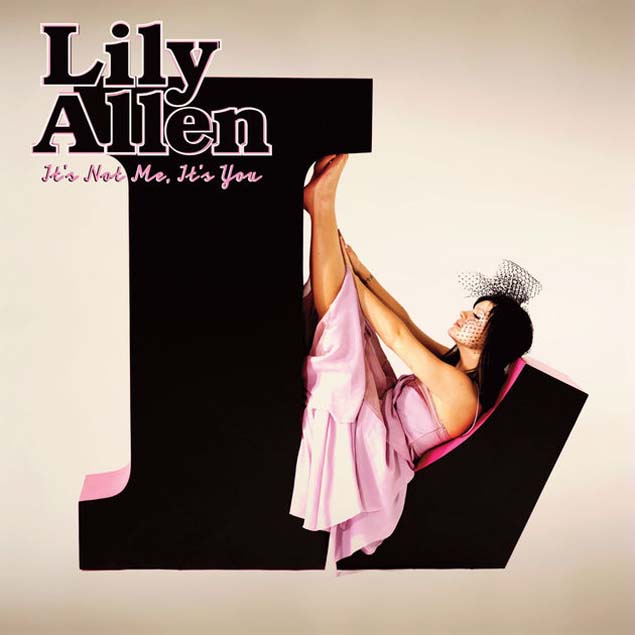 Release date: February 4
What we said then: “Songs that are ultra-modern and instantly accessible, fun but never cheesy, experimental but rarely try-hard.”
What happened next: Follow-up ‘Sheezus’ didn’t fare so well and she’s since disowned that misstep. 2018’s ‘No Shame’ and her accompanying autobiography, however, found Lily back in her true voice – witty, heartbreaking and fearless.
Key track: ‘The Fear’ 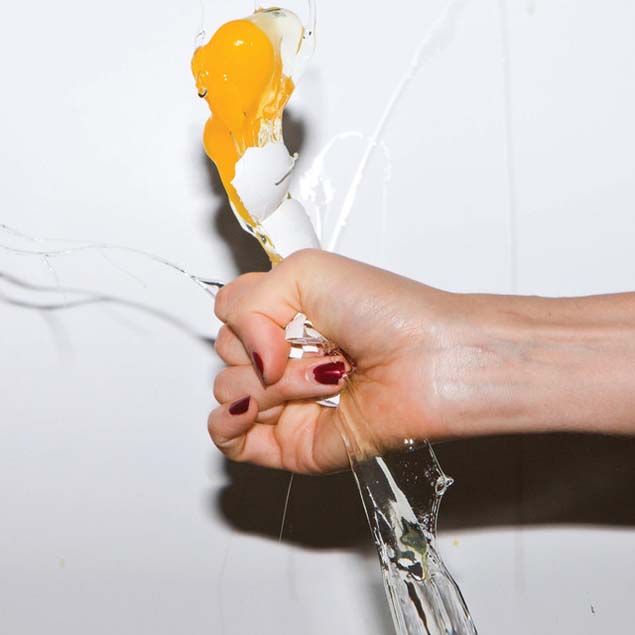 Release date: March 6
What we said then: “It’s Blitz!’s heartfelt love letter to the transcendent possibilities of the dancefloor is an unexpectedly emphatic reassertion of why Yeah Yeah Yeahs are one of the most exciting bands of this decade”
What happened next: 2013’s ‘Mosquito’, the band’s fourth and most recent album, didn’t pack the same punch and the band have since toured irregularly and embraced side-projects in favour of getting the band back together in the studio.
Key track: ‘Zero’

The middling debut solo record from the Libertines frontman 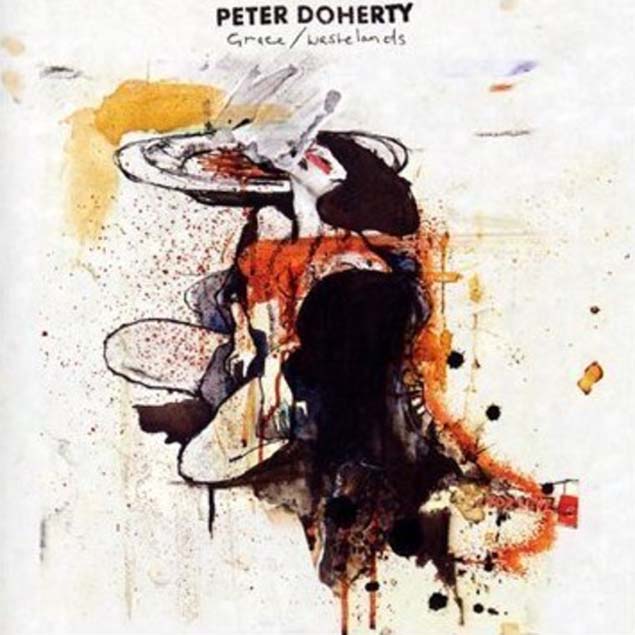 What we said then: “A contractually obliged rummage through The Poet’s bottom-drawers, ‘Grace…’ is less a masterpiece than an escape, a memento of his charisma and charm more than a leap towards new horizons.”
What happened next: Reunions with The Libertines and Babyshambles resulted in tepid comeback albums for both, while second solo album ‘Hamburg Demonstrations’ went out with a whimper. He smashed through a big breakfast recently, though.
Key track: ‘Last Of The English Roses’

The Maccabees – ‘Wall Of Arms’ 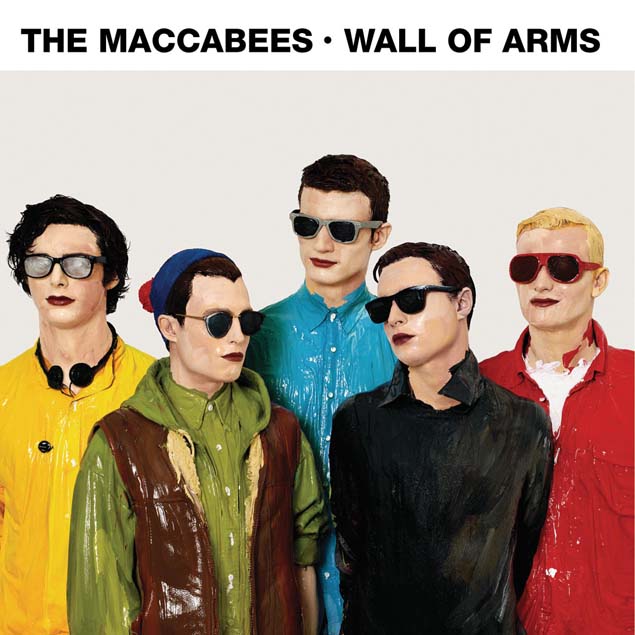 Release date: April 27
What we said then: “‘Wall Of Arms’ sounds mostly effortless and unstudied. No longer too pop to be art and too art to be pop, The Maccabees are evolving into their own entity. We can’t wait to see where it takes them.”
What happened next: Two albums followed, with 2012’s ‘Given To The Wild’ elevating them to arena-beating champs. Following 2015’s euphoric but delayed ‘Marks To Prove It’, the band called it a day with some celebratory shows at London’s Alexandra Palace.
Key track: ‘Can You Give It’ 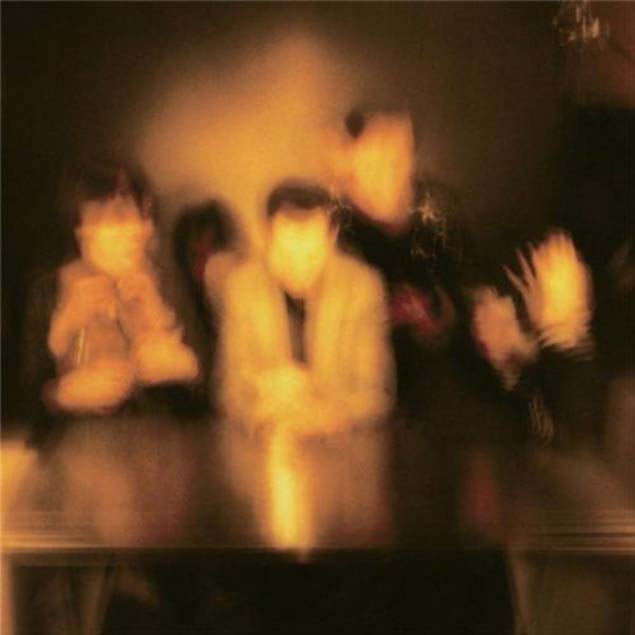 Release date: April 21
What we said then: “It’s a relief to hear a band growing so impressively at a time when most others have neither the talent nor the opportunity to do so. Time will tell how ‘Primary Colours’ stands up to the likes of ‘Loveless’ or ‘Psychocandy’, but right now, this feels like the British art-rock album we’ve all been waiting for.”
What happened next: Their next album, ‘Skying’ bagged Album of The Year at the 2012 NME Awards, but recent efforts ‘Luminous’ and ‘V’ have been patchy beyond their singles. They’ll be playing ‘Primary Colours’ in full this year to celebrate the big 1-0.
Key track: ‘Who Can Say’

Commercial and creative breakthrough for the Brooklyn indie stalwarts 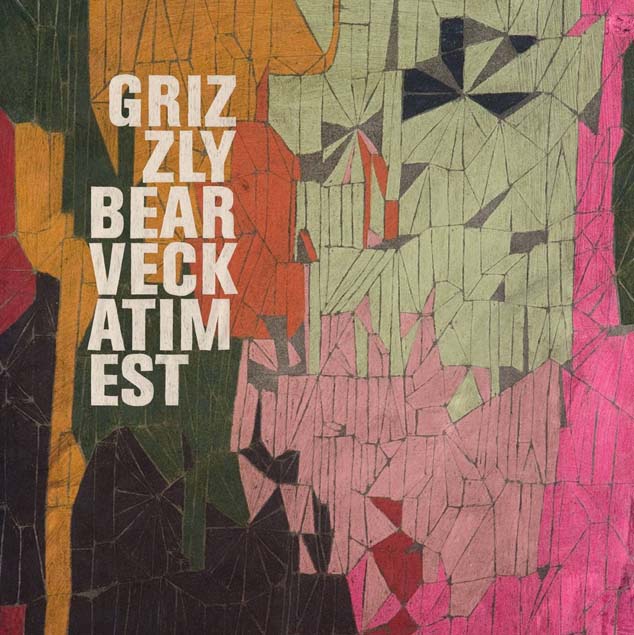 Release date: May 26
What we said then: “Those patient enough to wait for this record to relinquish its quiet delights, the treasures waiting to be discovered it are rich indeed.”
What happened next: Now festival mainstays, the band’s latest album, 2017’s ‘Painted Ruins’, was a genre-bending step forward for a band who continue their unbridled creative streak.
Key track: ‘Two Weeks’ 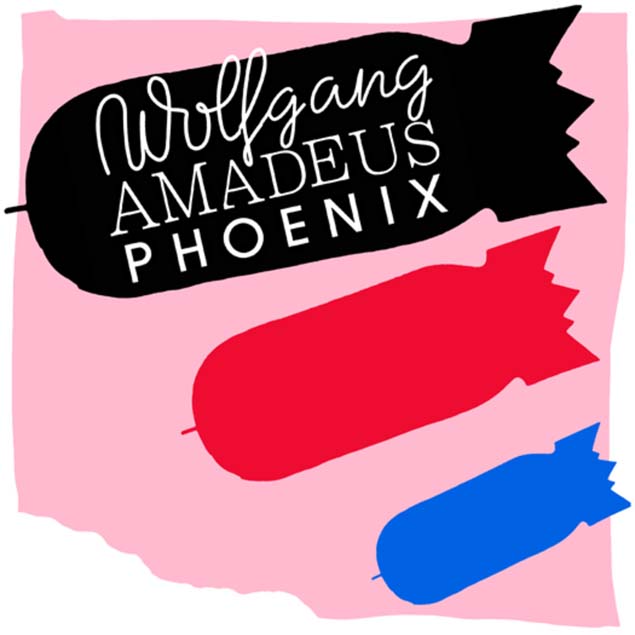 Release date: May 25
What we said then: “The French faux-funkers’ fourth is intended to be their Pompidou Centre – taking their formula to a yes-the-pipes-are-on-the-bloody-outside level of showmanship.”
What happened next: The band won a Grammy for this record, while 2013’s follow-up album ‘Bankrupt!’ landed them headline slots at festivals like Coachella. Earlier this year, a resurfaced video of US politician Alexandra Ocasio-Cortez dancing to ‘Lisztomania’ went viral in a smear campaign by Republicans – but everyone remembered just how good that song is.
Key track: ‘Liztomania’

The US band’s sixth album, one that pushed how mainstream experimental pop could go 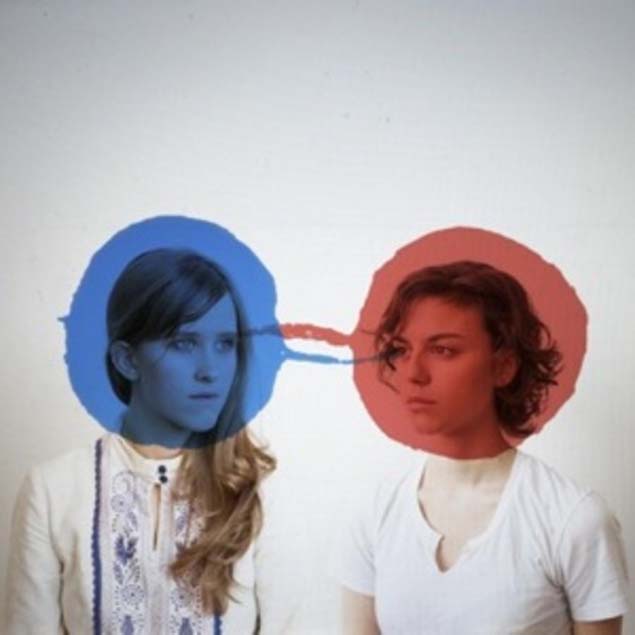 Release date: June 9
What we said then: “Tumbling together we have ’60s psych-pop, prog, Scritti’s falsetto soul, a hyperactive take on King Sunny Adé’s Afropop and, to top it all, sassy, late-’90s R&B.”
What happened next: Several members of the band left, making Dave Longstreth the only remaining member from this album these days. 2018’s ‘Lamp Lit Prose‘, their ninth album, acted as a spiritual sequel, reviving that off-kilter and playful attitude from ‘Bitte Orca’
Key track: ‘Stillness Is The Move’ 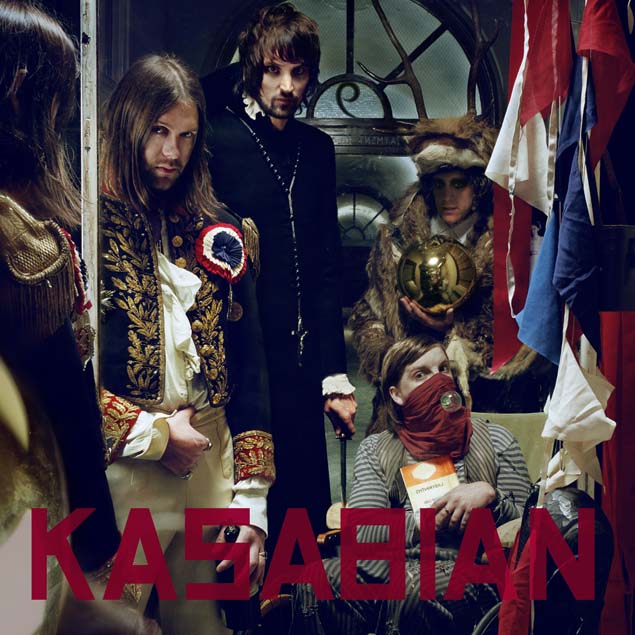 Release date: June 5
What we said then: “A shambling, splattered, ultimately much more enduring mess that will make sense if you just hang on in there.”
What happened next: Their following albums, ‘Velociraptor!’ ‘48:13’ and ‘For Crying Out Loud’ have all topped the UK charts, and they’ve since become a perennial festival headliner with coveted slots at Reading & Leeds in 2011 and Glastonbury Festival in 2014.
Key Track: “Fire”