Did you miss her?

The creators of Avengers: Infinity War has explained why the character Captain Marvel wasn’t written into the film.

Have won the praise of fans and critics, the latest Marvel release has smashed box office records – taking $39 million (about £28.3 million) in tickets sales on its first night alone.

While featuring an all-star cast of characters from across the Marvel Cinematic Universe, there were a number of comic book heroes sorely missed in the latest franchise installment. Appearing on the Happy Sad Confused podcast, Infinity War directors Joe and Anthony Russo said that they were waiting for the right moment to savor the first appearance of Captain Marvel.

Asked if they ever considered her for the film, Joe replied: “No, we want to save her reveal”.

“We also wanted to, it was very important to us to commit… we wanted to commit to this ending very hard,” Anthony continued. “We didn’t want to go past the ending very much.”

Joe added: “And we considered not doing any tags. For that reason,” Joe said. “Then we thought maybe it was too brutal. Everything’s about trying to find balance.” 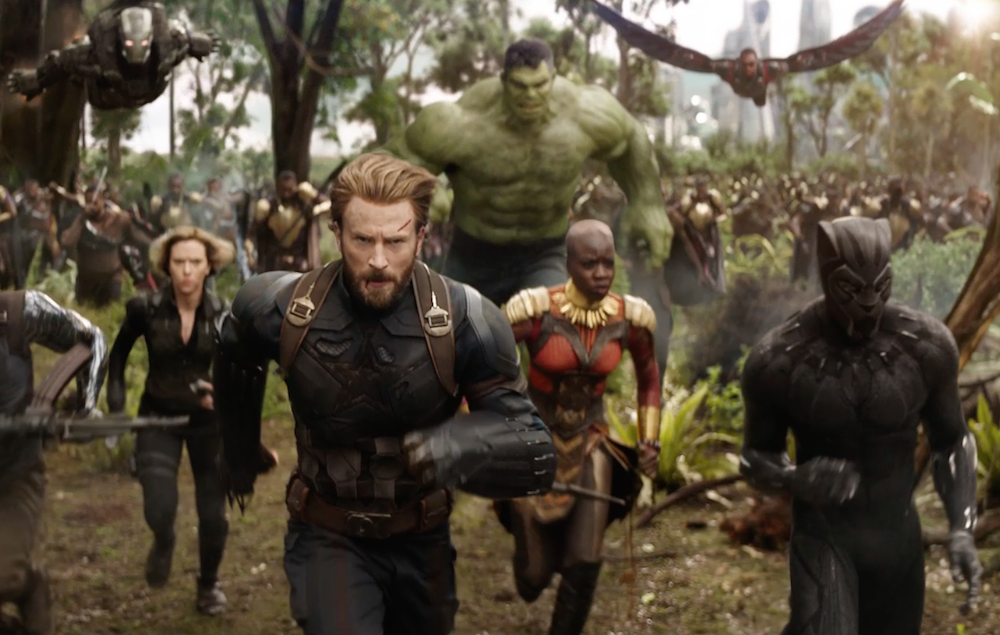 Members of the Avengers return for Infinity War

Fans won’t have to wait too long, though – as Brie Larson will debut as Carol Danvers in Captain Marvel – due for release in March 2019.

“She will be a part of the MCU at that point,” Anthony added. “And part of the promise of these movies is that they are a road forward for all the films.”

Meanwhile, last week saw the first poster and trailer revealed for Marvel’s Ant-Man And The Wasp.