Hopefully no one had to fly Delta...

Southern California was treated to a trip down memory lane this weekend for the first ever When We Were Young Music Festival, hosted by The Observatory in Santa Ana. The tiny music venue opened its doors (and makeshift parking lot setup) to a slew of huge acts like AFI, Taking Back Sunday, The Get Up Kids, Alkaline Trio and Saves the Day. Headliners The Descendants and Morrissey — yes, you read that correctly — drew the largest crowds, despite the audience being significantly younger. 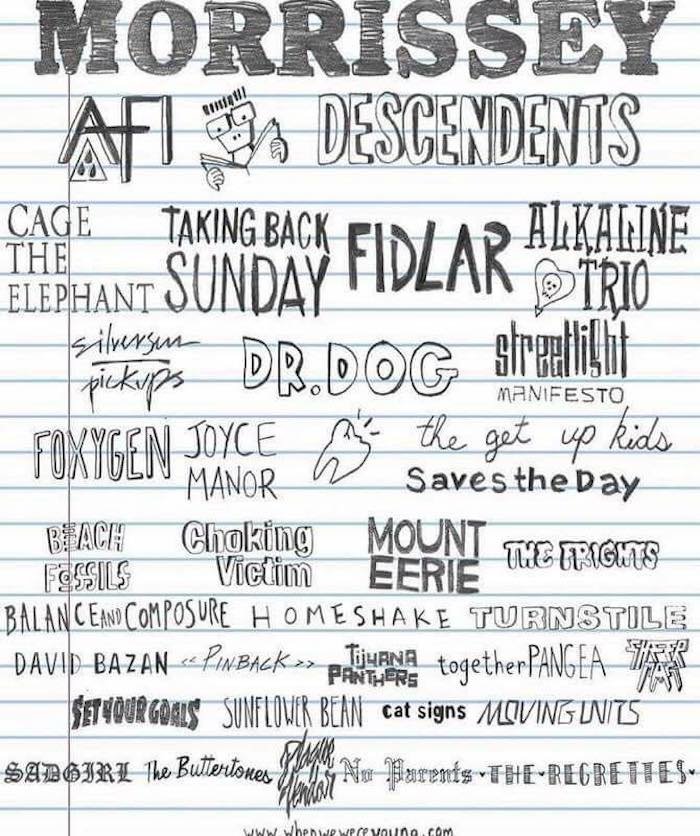 The two-day lineup gave up-and-coming bands their time to shine as well, such as The Regrettes, Homeshake and Tijuana Panthers. Though the legendary musicians and their fans have gotten older, When We Were Young perfectly tapped into the need for nostalgic reunions and fans loved every moment of it.