Here's the scoop on the first female headliner of a Marvel Studios film.

It's been known since 2014 that the Marvel Cinematic Universe's first female lead character will be none other than the current Captain Marvel, Carol Danvers. The film, currently slated for a March 8. 2019 release date, will star Oscar winning actress Brie Larson as the newest guardian of Marvel's galaxy. Here's eight quick talking points about a character that's about to bring much-needed diversity to superhero blockbusters.

The Character's Name Has a Convoluted History

The history of superhero films begins with 1941’s Adventures of Captain Marvel. Still, the forthcoming Captain Marvel film will be the current hero’s silver screen debut. Confusing, isn’t it?

Fawcett Comics had a hero back in the Golden Age called Captain Marvel, and the character was and remains a separate entity from the current Marvel hero. That Captain Marvel, and a cast of supporting characters that includes Elvis’ style icon Captain Marvel, Jr., became part of the DC Universe in the 1970s. Since Marvel already had its own Captain Marvel by then, its competitor renamed its new acquisition Shazam. To further muddy the waters, the DC hero formerly known as Captain Marvel has a film on slate, as well.

The character name has been passed around in the Marvel Universe over the years, due in part to Marvel’s desire to retain the trademark. The original Captain Marvel was an alien named Mar-Vell, and several of his kin used the moniker at different times.

There was even a different female Captain Marvel in the ‘80s — an African American woman from Louisiana named Monica Rambeau. She’s an undervalued character and even led the Avengers at one point, but she’s no Carol Danvers. 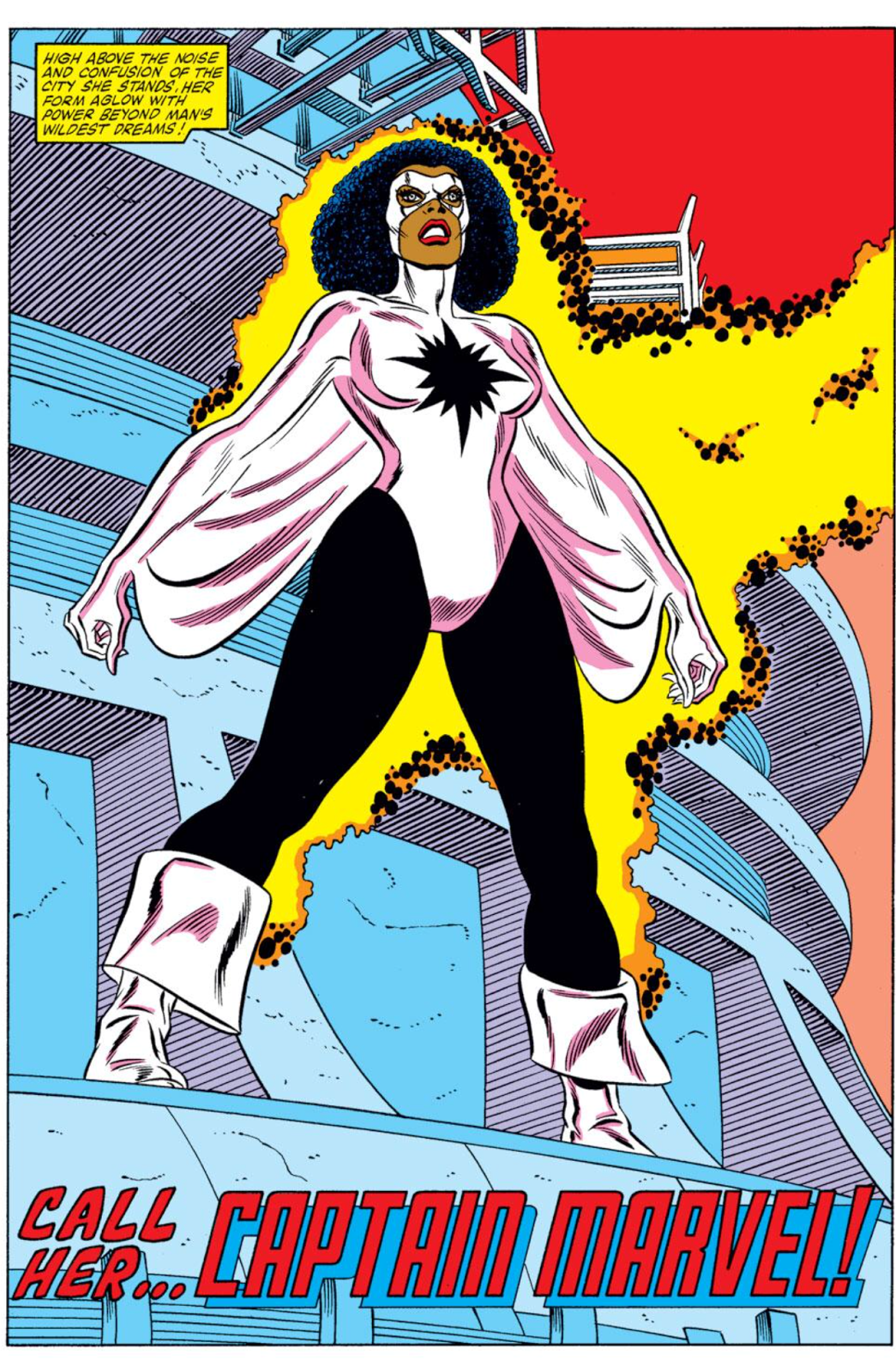