After all, TTNG can stand for whatever you want it to mean. 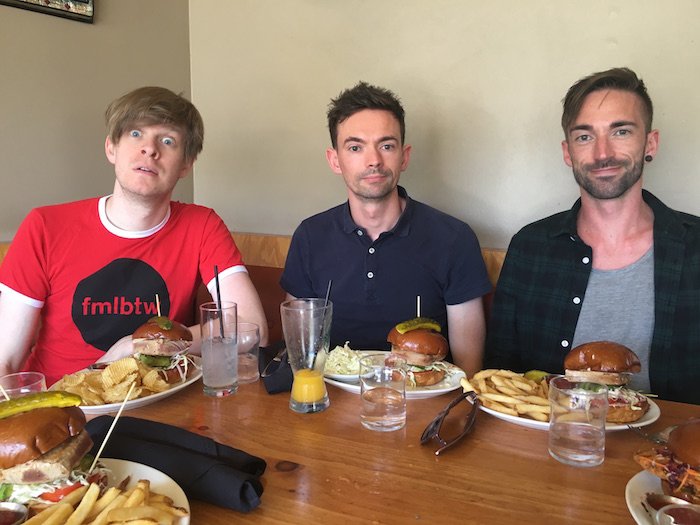 "Tina Turner's Nipple Gravy!" all three members of TTNG respond enthusiastically when asked what their favorite fake name is for one of the UK's biggest math rock bands.

Henry Tremain, Tim Collis and Chris Collis used to be known as This Town Needs Guns, but the ironic humor in the band's name was lost as the trio became more famous, and they didn't want to be confused for a decidedly pro-firearm group. Rather than switching gears entirely, the band's well-known abbreviation became their official moniker.

"There are some legit rivals for the name on social media, like The Three Nice Girls and The Travel Network Group," guitarist Tim Collis says with a smirk. "We get tagged in all sorts of stuff on social media. That's the real reason we changed it: to do better on social media and to confuse our fans. Beside that, there's a big chat and spiel we can go on, but it's not a big deal."

But that was almost four years and a pair of releases ago. These days, TTNG's touring the world in support of July's Disappointment Island and has built a fanbase spanning continents. But today, they're still shaking off the jet lag and tracking down their instruments as they stroll into L.A.'s Mohawk Bend for a bit of lunch before their U.S. tour kicks off in two days. Of course, it's a lot cheaper for TTNG to go out to eat on tour these days than it was for the first couple of tours.

"When we first started, there were five people," Tim says as he bites into one of the four seared ahi tuna sandwiches at the table. "Then there were four, and then when we did 13.0.0.0.0 it was a transitional period. This is the first time we've been comfortable and written as three for the whole record."

"I'm just looking forward to the next record as a two-piece," jokes vocalist and bassist Henry Tremain. "We're going to have to draw straws to see who gets cut."

While some bands may struggle losing two members over two records, the guys in TTNG believe the downsizing has actually improved their sound. Tremain plays a modified bass to bridge the melodic gap of not having a second guitar, and each of the members believe that they have more space to shine individually as a trio. In a genre crowded with the most complex multi-guitar riffs and layered sounds, it gives TTNG a unique sound both on record and during live shows.

"It's nice to have that variety rather than a tonal range for the entire album," Tremain says as he crunches down on a fresh-made potato chip. "There are sections when the bass is missing, and then when the bass comes back in and you have some low frequencies it changes the feeling of the album. It gives variety and contrast, and I think contrast is super important for keeping music interesting."

Over the course of the next few months, TTNG will find out just how an American audience feels about Disappointment Island during their live shows across the country. By the end of the year, they'll have spanned most of the world with their new material in venues big and small. But while many bands dream of being able to tour internationally and have fans fill their concerts, the guys in TTNG are at the point where they appreciate the little things after over a decade of existence.

"It's always fun to come [to the U.S.] and see everyone," says drummer Chris Collis between fries. "It's also nice to be out here in sunny California where the weather is beautiful. We haven't had much of a summer back home in England, so the weather is a factor."

"I'm just looking forward to avocado," Tremain adds as he stares at his sandwich.

Although the sunshine and guacamole may not follow the band everywhere they go, there's little doubt that TTNG will continue to be one of the biggest names in math rock for years to come. From Albuquerque to Ireland, Philadelphia to Japan, they'll be continuing to dine on patios anytime the sun's out and crack jokes on each other regardless of temperature.

And for those still wondering what TTNG could possibly stand for these days, Teenage Tutant Ninja Gurtles and Tar Trek the Next Generation are two of the band's other favorites. It's pretty tough to beat Tina Turner's Nipple Gravy though. 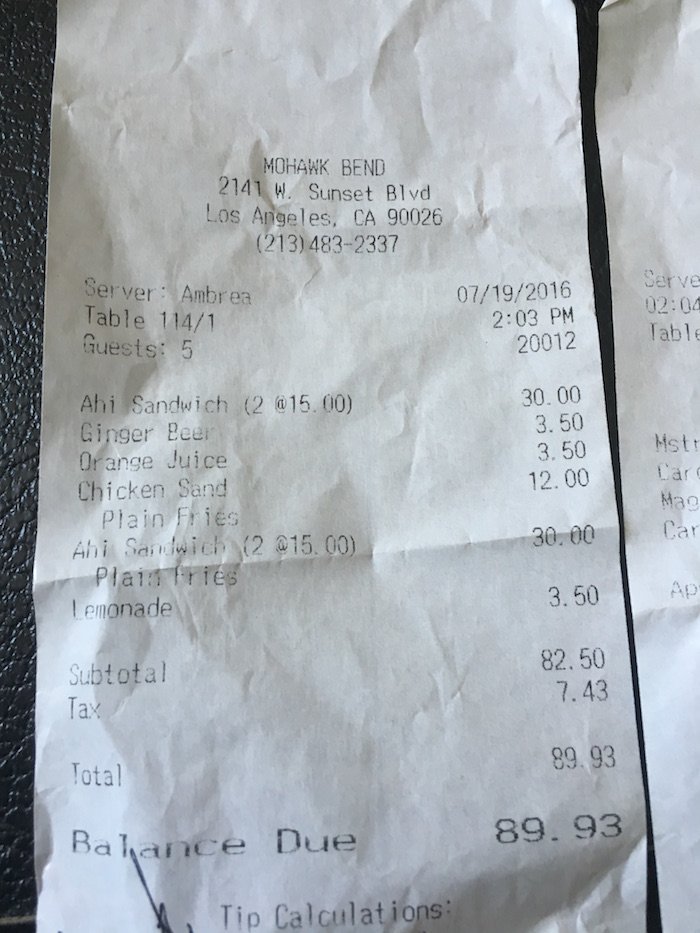