We hung out with a bunch of pro skateboarders at the Dew Tour event in Long Beach this weekend.

Skateboarding enthusiasts from all over Southern California flooded the Long Beach Convention & Entertainment Center this weekend, each one hoping for a chance to walk alongside some of the biggest names in skateboarding history. The athletes—including stars like Nyjah Huston and Ryan Sheckler—competed in both individual and team-based competitions, with Sheckler and Blind Skateboards taking home the two top prizes, respectively.

Prior to the start of the contest, Myspace sat down with a few of the guys to chat about where it all began and what keeps them level-headed amidst all of their success. 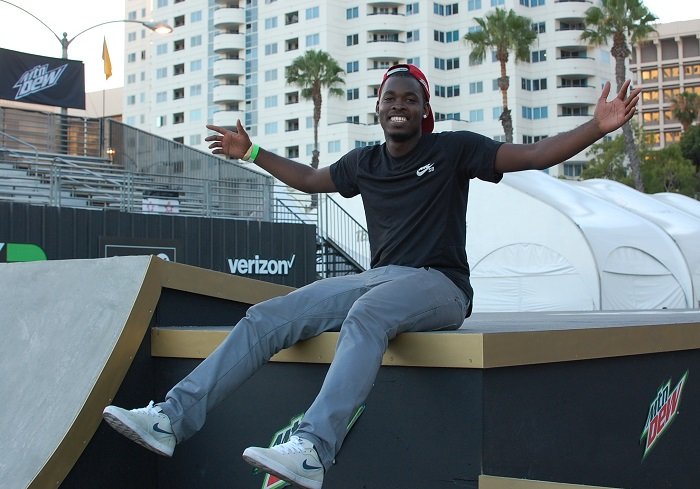 Hometown:
Inglewood, California
What was your introduction to skateboarding? When I was 13 years-old, we were leaving a family get-together one night, and my cousin told me to come outside. He had a skateboard, and I watched him do a kickflip off of the curb. It was so dope because I didn’t know anything about skating—I thought he had glued his feet to the board! Now, people ask me how I do it.
What's your biggest motivation? Watching videos and seeing young kids come up serves as a reminder to stay on top of your grind, because there’s always someone that’s ready. Young kids will do something cool, and then you’re like "Now I have to try it. I never thought of that."
Do you have a pre-competition ritual? I skate in skateparks to train and get in as much practice as I can.
What's your favorite trick? Backside flip and bigspin heelflip. They take a lot of practice, but they’re awesome once you land them. 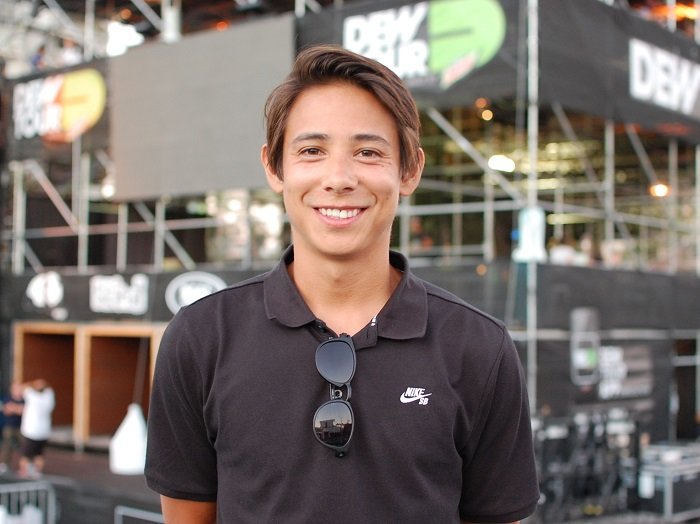 Hometown: Kansas City, Kansas
What was your introduction to skateboarding? There was a skatepark across the street from the pool, and I remember seeing people skating and thought it looked so cool and free-spirited. My three older brothers and I wandered over there when I was about 10 years-old, and we’ve been in love with it ever since.
What's your biggest motivation? I’m a huge [Michael] Jordan fan. When you see greatness on that level, you take that and project it on to your own life. You want to be the Jordan of whatever you’re doing. Skating always keeps me motivated. Even if I won this event, there’s always going to be another event. There’s tricks I’ll never be able to do. You can always grow, get better, and evolve. It’s hard, and I think that’s what’s so amazing about skating. You have to really work to get these tricks, and landing something that’s not easily obtainable is the treat.
Do you have a pre-competition ritual? It’s all about the practice day. When competition day rolls around, I always try to smile and remember that I love skating, no matter the outcome. I think that relaxes me a little bit. I just focus and trust in what I know and what I’ve done in the years before, the day before, and what I know the course is going to give me.
What's your favorite trick? Frontside grind on pool coping. The feeling of raw concrete grinding on the trucks just feels good. 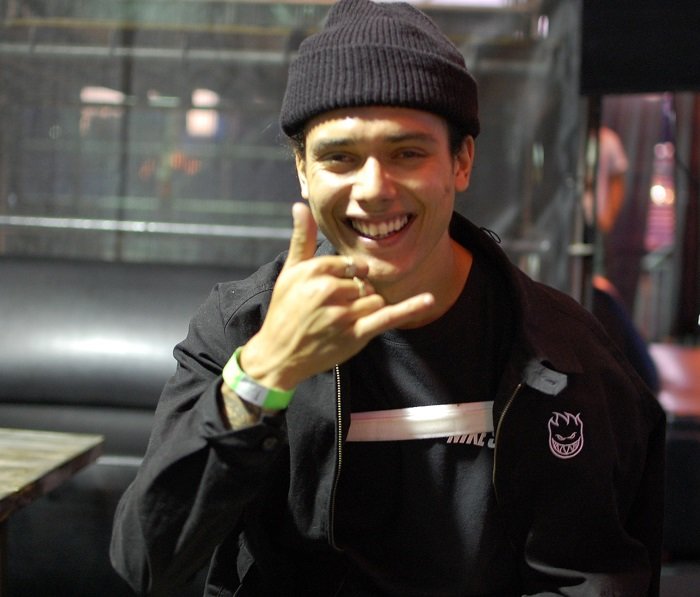 Hometown: Virginia Beach, Virginia
What was your introduction to skateboarding? I grew up in Hawaii, but my family moved to the mainland when I was 10. My brother and I were walking around the new neighborhood, and one of the friends we made was skating in their driveway. We picked it up from there and never stopped.
What's your biggest motivation? It’s always just for fun. Sometimes it may get a little tough, but you just have to know how to work around things and not take things too seriously. Know what exactly it is you’re taking on and handle one thing at a time.
Do you have a pre-competition ritual? I was recently somehow able to get my own skatepark in my backyard, but I at least try to skate in a local park for a good week in advance to practice the tricks I know and be consistent. I don’t work out or take long walks on the beach or anything like that, though.
What's your favorite trick? Front shove. It’s not good or hard, but it flows and looks good! 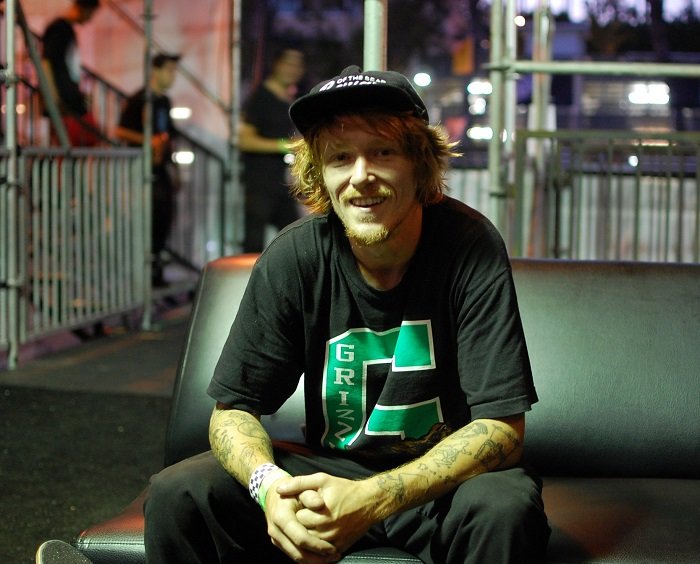 Hometown: Barre, Vermont
What was your introduction to skateboarding? When I was maybe 9, I was near my grandparents’ house and saw someone do a kickflip and thought it was the coolest thing I had ever seen. The next day, my Gran bought me a skateboard for twenty-five cents at a garage sale, so I started skating after that.
What's your biggest motivation? I think about the fact that a lot of people don’t get to have fun everyday. They get up and have to go to a job they hate, but I love what I do each and every day. My motivation is that I’m able to enjoy life and not be stressed out.
Do you have a pre-competition ritual? I still get butterflies, but I just go with the flow and see what happens.
What's your favorite trick? Kickflip. It’s a classic, and it’s still fun. 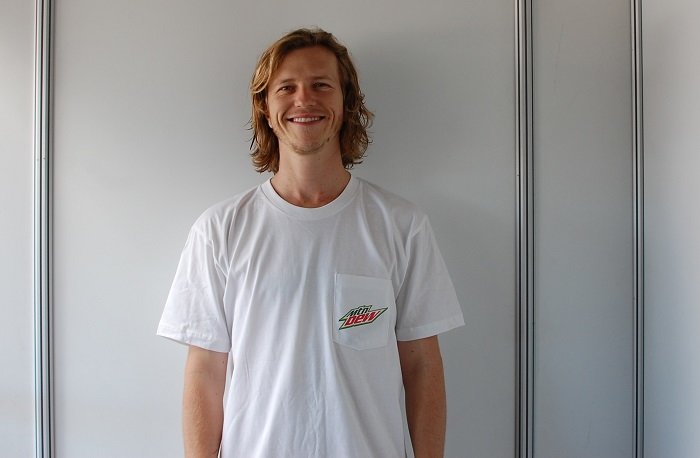 Hometown: San Fernando Valley, California
What was your introduction to skateboarding? I’ll never forget that day. I was about 13 or 14, and my dad brought home a Steve Caballero Powell board, and that was it. I went from kneeboarding, to standing on my feet, to here I am.
What's your biggest motivation? Skating is so damn fun that it never gets old. You have to remember that, otherwise you may get bummed having to go to a competition and do things like interviews all day. It might not be so fun if you don’t really love skating, but I love it all, so it’s all good.
Do you have a pre-competition ritual? Just a lot of water and no drinking the night before. Breakfast really is the most important meal of the day, especially if you’re competing that day.
What's your favorite trick? Kickflip. It’s an easier trick, but it reminds you of day one. 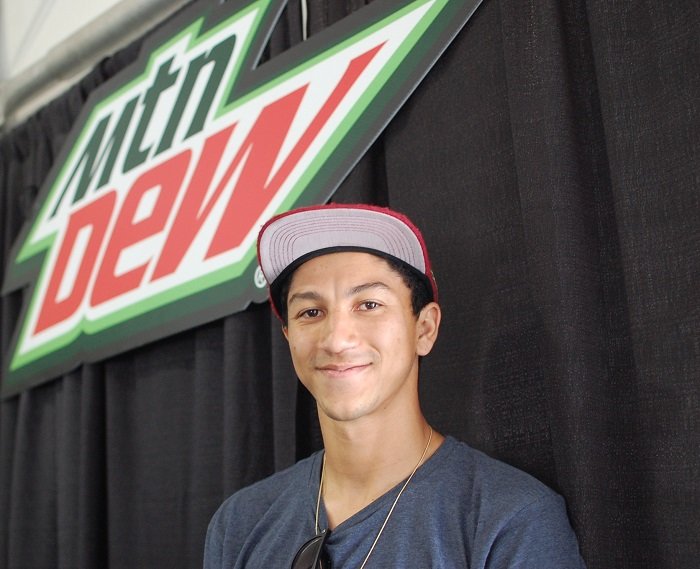 Hometown: San Diego, California
What was your introduction to skateboarding? I was 11-and-a-half when I saw some of my friends skating around the block. I went home to ask my mom to get me one of those things that they were riding on, which were skateboards.
What's your biggest motivation? The kids who support me. The fact they’re genuinely interested and love what I do is amazing.
Do you have a pre-competition ritual? I stay in the skatepark and practice tricks over and over and remember to have fun.
What's your favorite trick? 360 kickflip on flat ground. You can wake up, fling your board around, and usually it works. 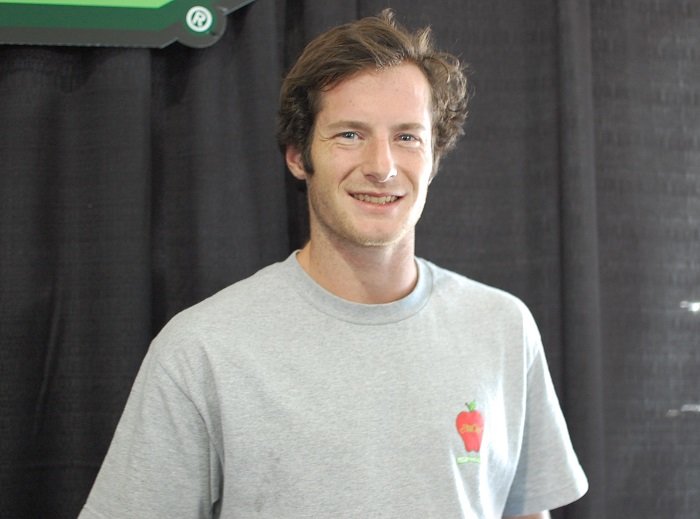 Hometown: Williston, Vermont
What was your introduction to skateboarding? My older brother picked up a skateboard, which led to me feeling a little bit jealous. After all of 6 months, I was riding his board so much that my parents bought me a board as well. Talent Skatepark and Shop opened up down the street when I was about 10, and they’ve been a second family to me ever since.
What's your biggest motivation? Having sponsors that really support what I do, help me pay my rent, and allow me to keep doing what I love. As long as I keep giving them content on a daily basis, then everyone is happy. I’m having a great time building relationships through skating.
Do you have a pre-competition ritual? I try to surround myself with people I want to skate with and usually the stress always goes down a little bit. Making nice gestures like congratulating the other guys helps to make it feel less competitive. It’s just somebody putting a little score on us.
What's your favorite trick? 50-50. Whether it’s on handrail, ledge or curb, it’s fun.