The songwriters behind Underoath, The Early November and The Movielife dish on their solo careers.

After reaching the biggest of stages with famous rock bands, there are a number of ways you can go as a successful musician.

For Aaron Gillespie, Ace Enders and Vinnie Caruana, the latest step in their musical journey has been to band together and travel across the country with nothing but their acoustic guitars (and an electric guitar... and a bass drum) on the aptly named Acoustic Tour Across the USA.

Hailing from some of the most influential bands of the late ‘90s through present day, the three musical icons are currently pursuing their own solo projects and playing in smaller venues, allowing them to reconnect on a more personal level with their audiences. Myspace hung out with Vinnie, Ace and Aaron before their acoustic sets at the Observatory in Santa Ana, California in order to get to know them a little better. 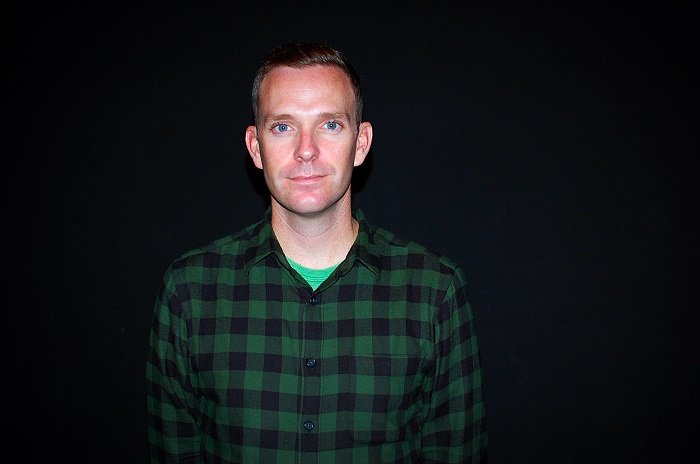 Bands: Singer for The Movielife, I Am The Avalanche, Peace’d Out
Smaller Venues versus Large Concerts: The last Taste of Chaos show, I think there was close to 12,000 people there. It was awesome, and I’ll never forget it. On the downside, I was still 20 feet from the closest person. This is totally different because you could fit this entire room on that stage. When you break it down, you get real close and it’s not this “Look at me!” thing. It’s a different kind of moment, and it’s super cool. I love that closeness, and it makes you feel like you’re doing something special.
Finding Balance in Life and Other Projects: I’m marrying the right person. Speaking on a personal level, almost every other relationship I’ve been in has in some way or another died because I was traveling a lot — whether it was me being young and an asshole or fighting because you don’t know how to deal with the distance. I have a very understanding fiancée who has traveled for a living for most of her life as well. Now, it has a lot to do with being older too. You have a better idea of what you want, and you know what kind of relationships are going to work. You know what to do and the sacrifices you need to make, and you’re willing to do those things to make sure that your personal life doesn’t fall apart. Musically, it’s easy for me to juggle the bands because The Movielife will play so many shows a year. I Am The Avalanche basically gets together three or four times a year to drink beer. The solo stuff seems like an awful lot of touring, but it’s not that much. You get used to being away, and you get used to this being your lifestyle.
Continued Success of Original Band: The Movielife definitely played our best shows last year — 12 years after we broke up. That’s something that we’re very lucky to have, and I know that kind of happens a lot when bands get back together — they seem to play to bigger rooms than they thought they would. Speaking for myself and for The Movielife, we’re very lucky. It’s awesome, and I have a lot of fun singing songs from when I was younger and working on new music with the band as well. That’s the kind of stuff that I don’t take for granted because I do realize that not only did I not plan on being in a band, but I didn’t plan on being in the same band in 2016 and having our best shows. 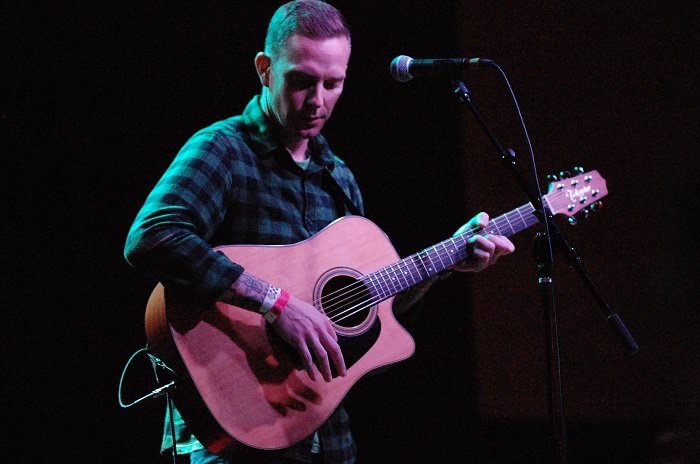 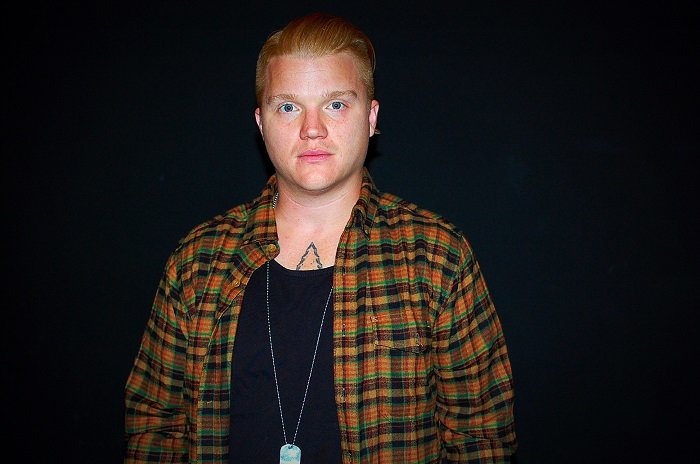 Bands: Drummer for Underoath
Acoustic Tour Across the USA: We’re having a good time playing to small rooms. It’s cool to get to be face to face and talk to people. It’s really simple and there isn’t a lot of ego — except for Vinnie. But no, really, no one is a diva. I think that we all just do our own thing.
Smaller Venues versus Large Concerts: A lot of artists get wrapped up in how big the show is and how much money was spent on production and you forget that the songs are still what people connect with. That’s what your vehicle is for your message or for your reason or whatever, and I think that when you get into a situation like this and distill it down to just the songs, that’s all you have. You aren’t doing anything expressly cool. You’re just sitting there with a guitar. It’s super fun for me because I think that you really hear the effect that the songs have, and you can actually look at someone and see it — especially for me as a drummer who sings. I typically don’t see anything, so it’s good for me.
Finding Balance in Life and Other Projects: It’s your new normal. I don’t think any of us have ever really done much else. I think if you ask a 21-year-old the same question, it’d be a completely different answer. Once you’re in your 30s, you know the right things to say and the dumb shit not to do. As far as projects go, it’s your passion and it’s your job — which is pretty special to be able to do what you love for money because art for money is always a fucked up thing. To actually see it happen to where you can support yourself and your family is really interesting, and I think you either cherish that and do it the right way or you don’t. 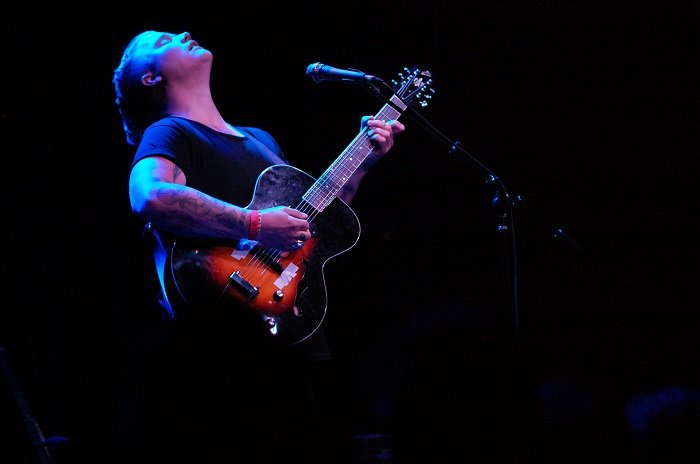 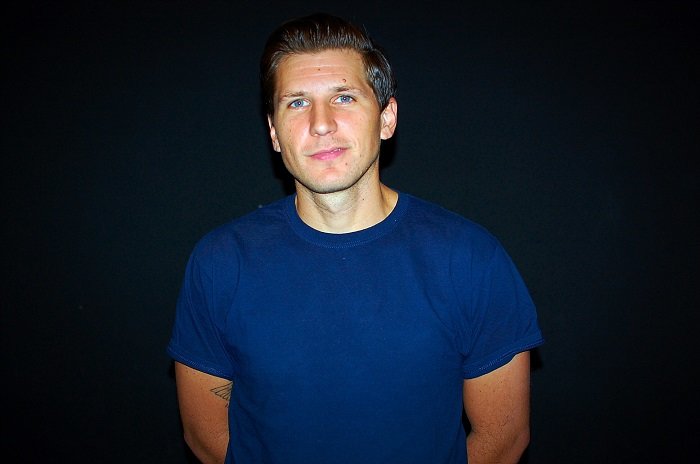 Bands: Singer for The Early November, I Can Make A Mess Like Nobody’s Business
Acoustic Tour Across the USA: My favorite type of touring involves the more intimate shows where you can connect with people in a different way. I have a hard time connecting sometimes with people and communicating well enough, so at this level, it’s fantastic. You can really get in and create a moment with the people who attend the show, and that’s what it’s all about for me. I feel like this group of guys is great for that too, because it seems like everybody has that moment on stage where they create something cool that somebody hopefully will remember and take something positive from it. That’s why we do these types of shows.
Smaller Venues versus Large Concerts: The songs really come out and take on a new life, and I think it’s a real showcase for that. I experience the songs in a way that I’ll kind of snap into a zone while I’m singing these songs in this setting where I’m even hearing them better since I’m not distracted by lights and noise, and I’ll think “Whoa, damn I’m good!” I don’t mean that, but more “Wow, this is what I meant when I wrote that, and I’m really feeling it right now.” You get to play these songs and have people really hear them. You can’t hide at all. This is it. If you don’t like this, then you definitely won’t like anything else I do.
Evolution as a Songwriter: I started writing songs in high school. I try to keep a similar process because I like to not forget what that initial spark was of why I started writing. I got lost for many years trying to chase that one song that’s going to be the song. If I’m being real, you go down that road and it’s very hard to come back from that. I just try now to be as — I don’t want to say ignorant, but when you’re young and you write a song you just do it. You don’t really know when you’re writing something because it’s just a feeling. Now, I try to take pieces of that to get back to that "in the moment" or "stream of consciousness" type of place. I went from not knowing anything but writing songs, and then knowing a lot of stuff and writing a bunch of songs. Now I’m trying to find a happy medium between the two worlds. 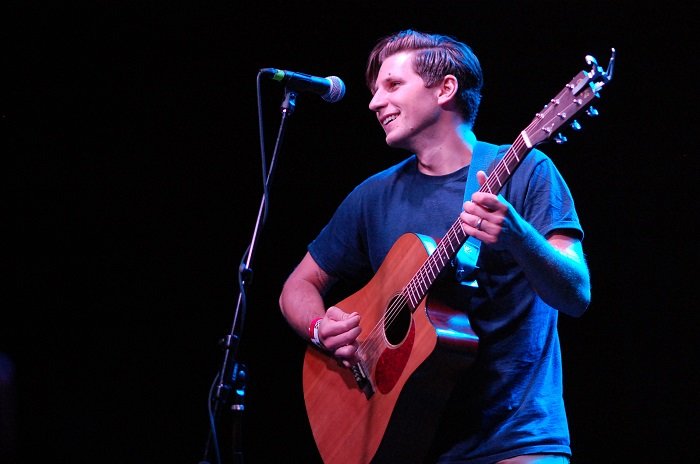