When the lineup for Beach Goth V was announced in July, the small-yet-growing music festival caught a lot of attention. Justice, Bon Iver, James Blake and Violent Femmes drew a lot of "wow"'s and "no way"'s. Equally as impressive as the lineup was the announcement of a new venue to call home: Oak Canyon Park, an incredible space with 17 acres in Silverado, CA. For the few months leading up to the event, it seemed like The Growlers, who've organized the festival since 2012, had done it. Their small music festival had finally outgrown itself and the Observatory OC parking lot it used to call home.

It all seemed too good to be true. Then the e-mail arrived. A week prior, Beach Goth announced that Oak Canyon Park would no longer be hosting the festival. Instead, it would return back to the Observatory OC's parking lot, where it had always been since 2012. Despite selling tickets to thousands of fans who expected a venue with a little more room to breath, the show would go on.

And this is where Beach Goth V took a turn for the worst.

The show, indeed, did go on. But it was not pretty. The moment Beach Goth V began, it was immediately apparent that bringing the festival back to a little parking lot was a big mistake. In just a few hours, crowds already exceeded last year's capacity. A third, new "RX Stage" placed directly in front of the entrance became a funnel of bodies (and mosh pits) for acts like King Krule and Violent Femmes. Attendees struggled to move from stage to stage. Inside the Observatory itself, crowds of people were squished together, with barely any room to stretch your arms. 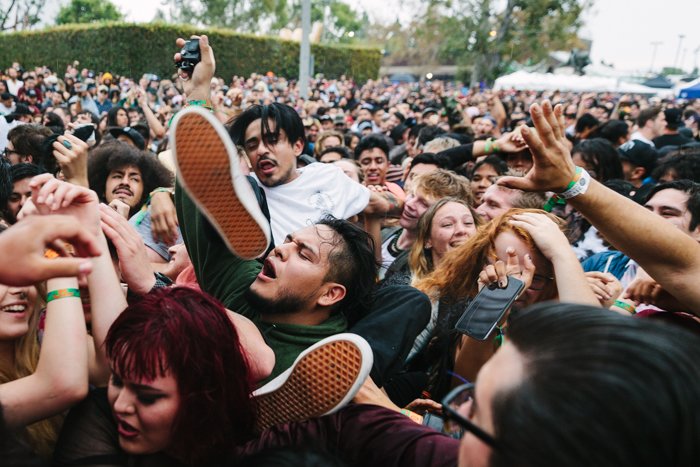 Despite the excessive crowds, the music seemed to make up for it. TLC took the stage for a nostalgic performance; Patti Smith inspired young-ones to "just be free!"; SWMRS turned the Observatory into a headbanging spectacle. Teenagers raged on.

Then it started to rain, and Day Two was immediately submerged in puddles of water. The outdoor RX Stage was eventually flooded, and the weather eventually rained out acts including The Drums and Grimes. Desperate for shade, people lined up for hours to get into the Observatory for some indoor entertainment, only to have the front door shut in their faces. With just a few canopies to shelter under, fans picked up garbage bags and wore them as ponchos. People ripped pieces of cardboard and created makeshift walkways over inches of brown puddles. The music was an afterthought. 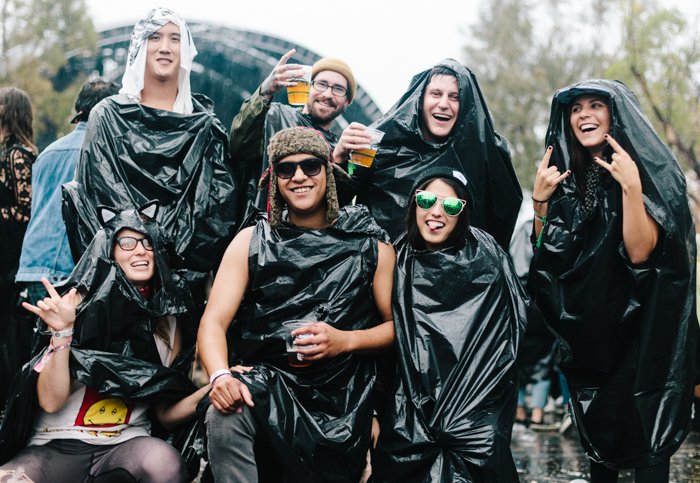 Although some bands eventually became no-shows (including emcee Eric Andre, who only came out twice on Day One, and was nowhere to be seen on Day Two) The Growlers and Justice closed out the main stage for a crowd that had endured it all.

When it was all over, poor weather and the small venue turned Beach Goth into a Beach Nightmare, but we prevailed and snapped photos of the good, the bad and the ugly. Check out our favorite shots below. 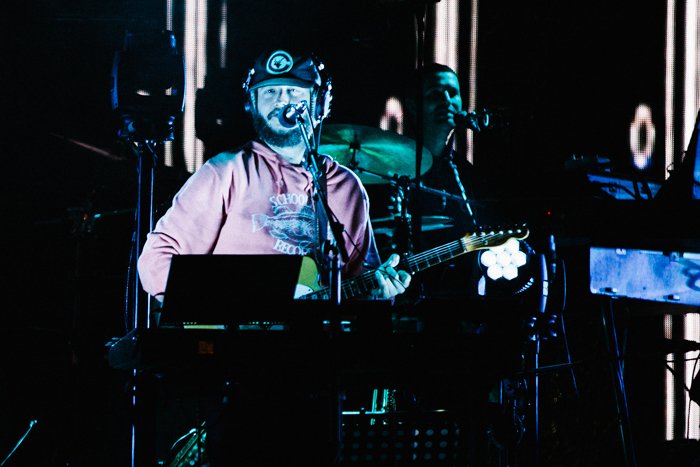 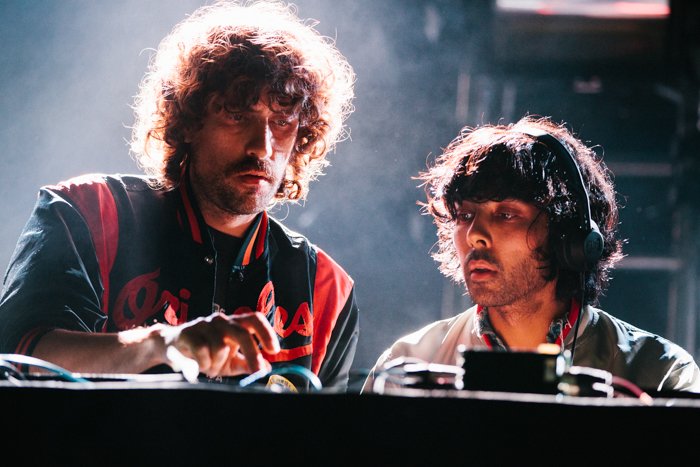 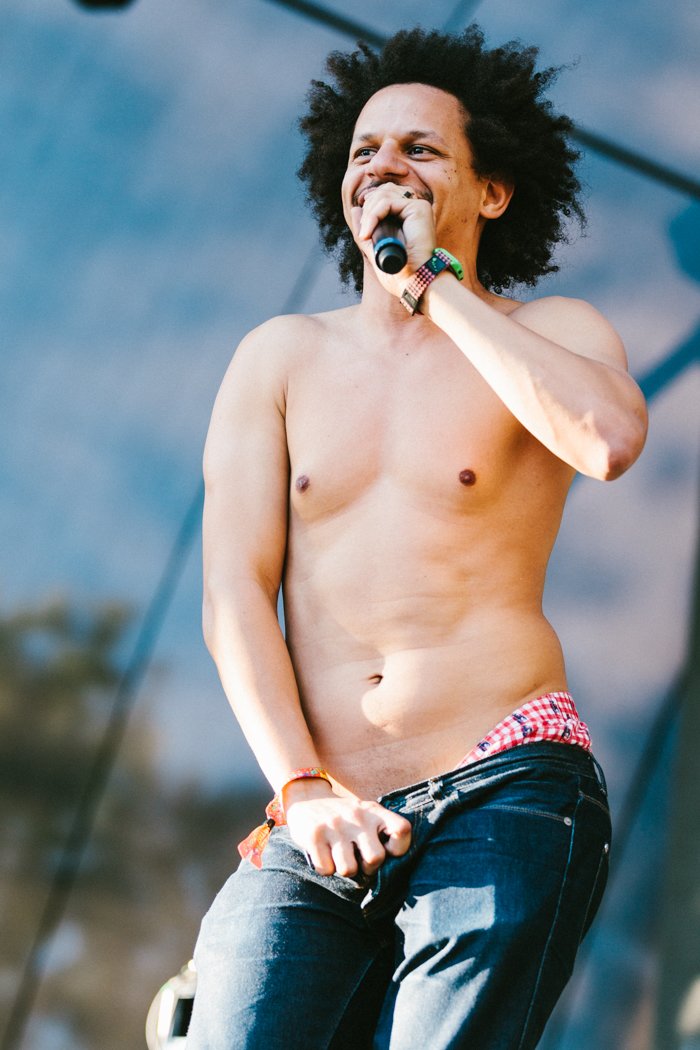 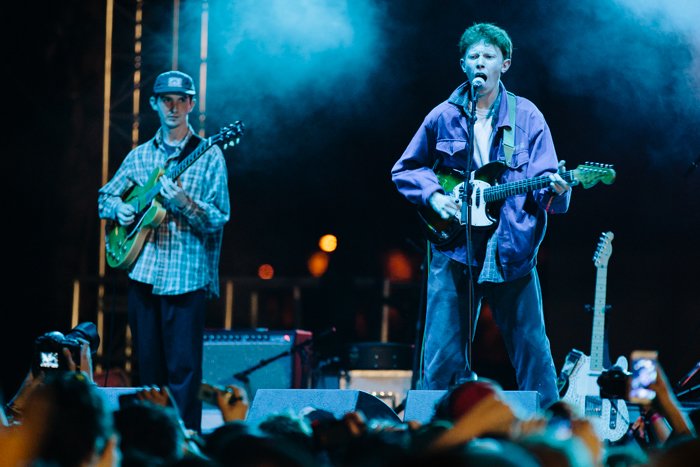 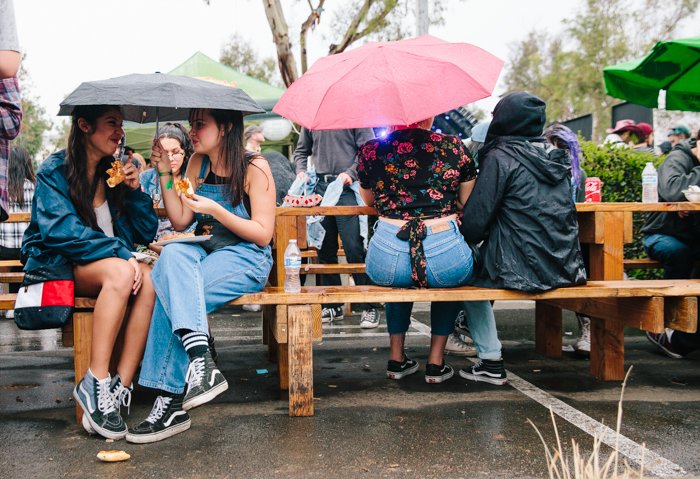 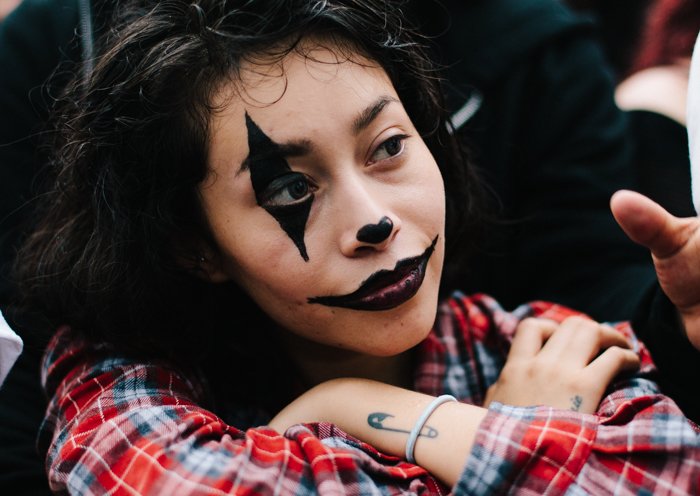 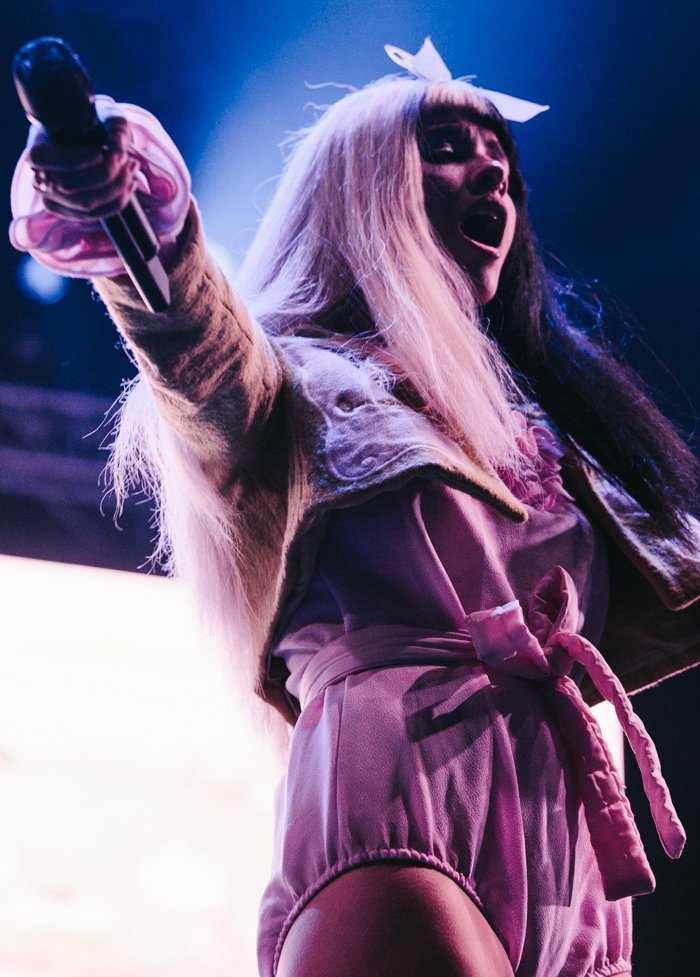 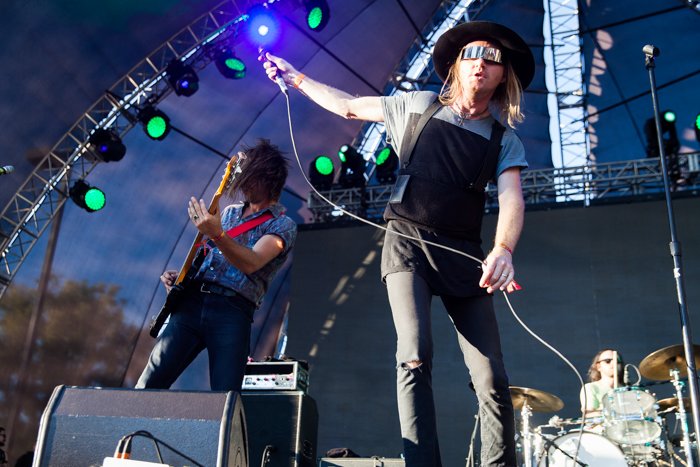 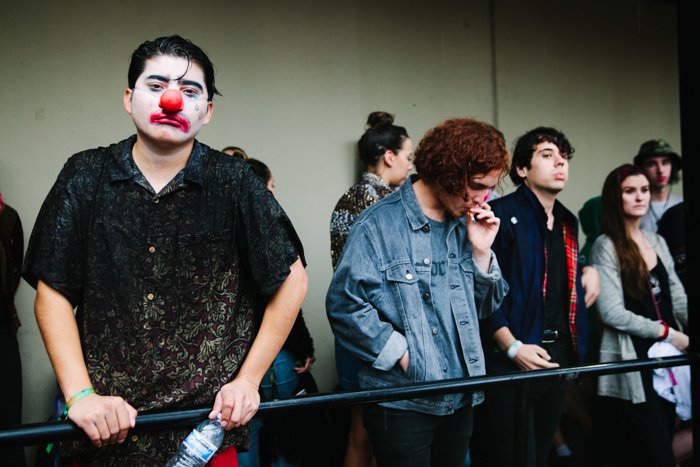 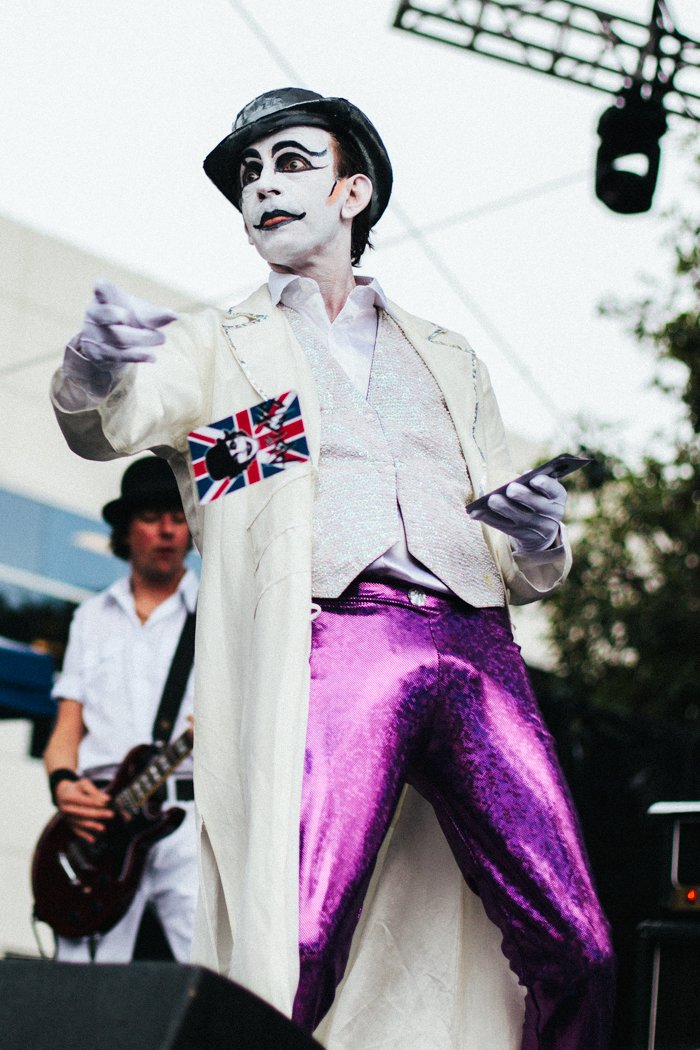 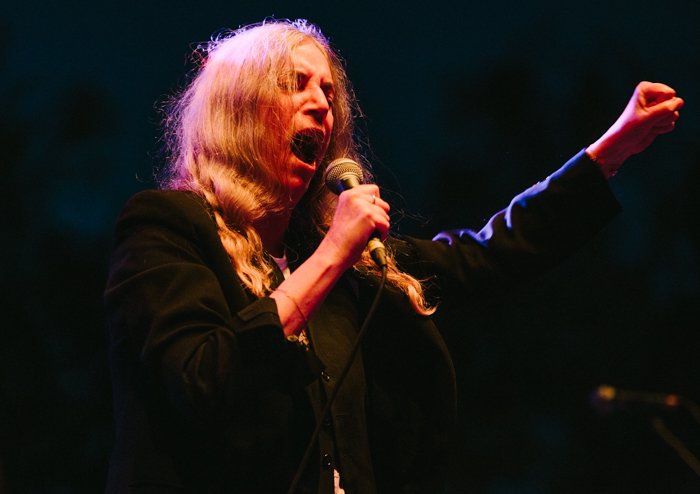 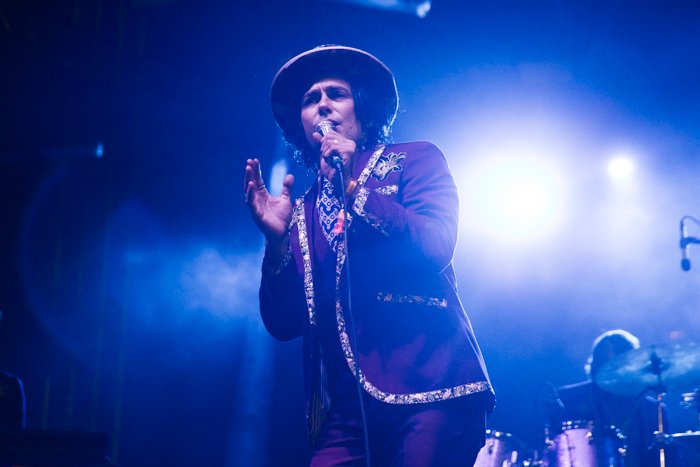 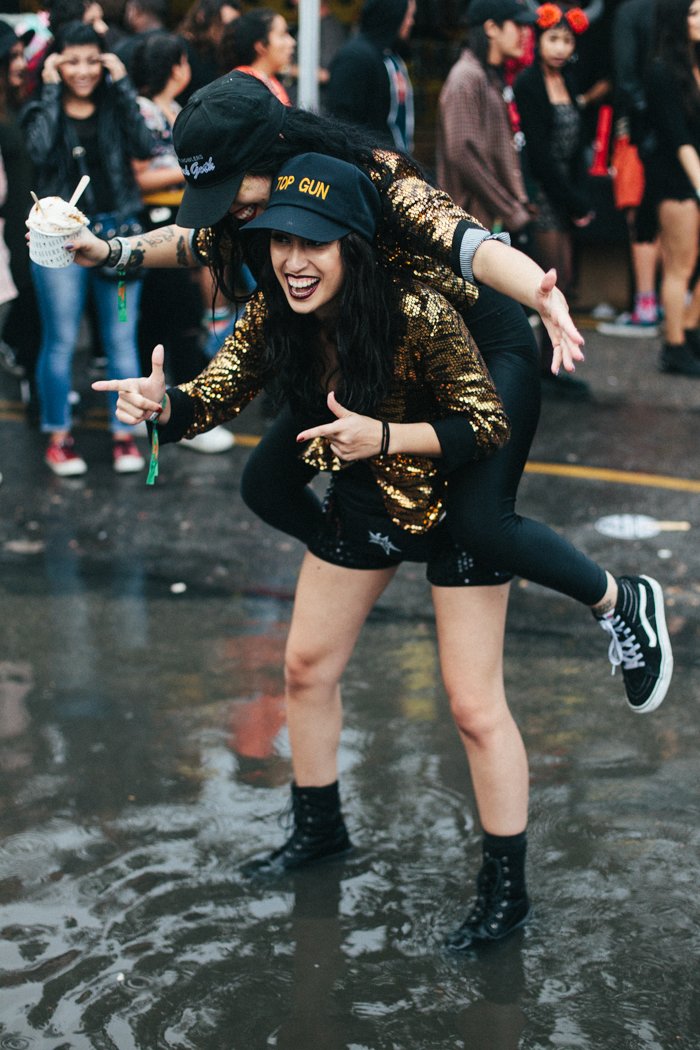