The veteran rockers played Warped Tour all summer in support of their latest record.

Never ones to idle for too long, Emarosa joined the ranks of other musical veterans returning to the Warped Tour stage for yet another summer of high energy and nostalgia. As the newest addition to the Hopeless Records family, the band released their fourth studio album, 131, only days before embarking on the cross-country music festival.

Myspace met up with Jordan Stewart, ER White and Matthew Marcellus during their Las Vegas stop to discuss the evolution of Emarosa and the impact that Warped Tour has had on them over the years. 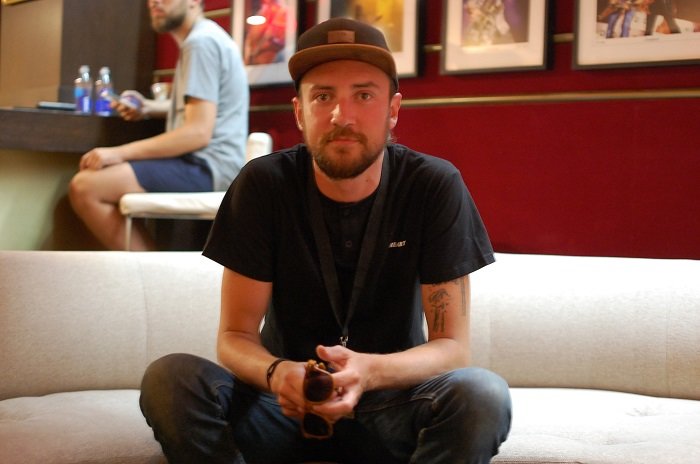 Age:
29
Instrument: Guitar
Experience Returning to Warped Tour: It’s not as easy as you’d think it’d be. It’s super hectic.
Favorite Songs to Perform Live: Of the songs we currently play on Warped Tour, I’d say “People [Like Me, We Just Don’t Play]” is probably my favorite just because I’ve played it the most. Aside from that, probably “Blue.” It’s a really short song but it’s got a lot of energy. It goes over well.
Advice to Your Younger Self: “Don’t buy an RV.” “If it seems too good to be true, it probably is.”
Favorite Bands to Evolve Alongside: Pierce [the Veil]. They aren’t here exactly, but it’s crazy to see their success now. We’ve just known them for a long time.
Guilty Pleasure: No one else in my band smokes cigarettes. I take that little bit of time where I can just go off and do my own thing. It’s the little things like that I appreciate. 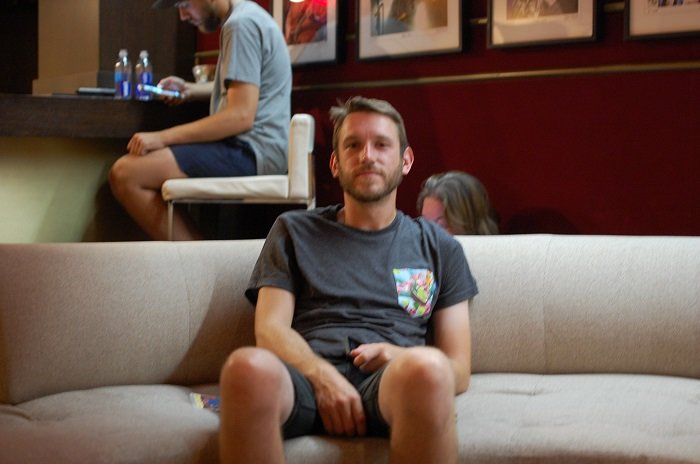 Age: 29
Instrument: Keyboard
Experience Returning to Warped Tour: It’s cool, but we still have a job to do. It’s an opportunity for us to grow our fanbase, and it’s an opportunity to work and expose new people to our music. As cool as it is and as great as the other bands are, we’re still pretty focused out here everyday.
Favorite Songs to Perform Live: On this tour, I’ve actually enjoyed “Cloud 9” more than I think I give it credit for. It’s been kind of fun, and the kids like it.
Advice to Your Younger Self: I don’t think we have time really. There’s so much. “Stick to the traditional van and trailer route — there’s a reason why people do that.”
Favorite Bands to Evolve Alongside: I toured with Alex Howard who plays guitar for Sleeping With Sirens about five or six years ago back when he was in Conditions. Tyler Carter has been in so many bands. There are a lot of people here who have more than paid their dues and are finally starting to kill it. Motionless is playing right now — that band has been touring since I was in eighth grade and they are still awesome.
Guilty Pleasure: We had a tough time two tours ago, and every night we would sit in this shitty van and watch Shark Tank. It was chill and held everything together at the end of the night after everything sucked all of the time. We’d watch a couple episodes of that, smoke in the van, and fall asleep. There are a lot of little sanity moments while you’re away on tour that kind of take you back home. 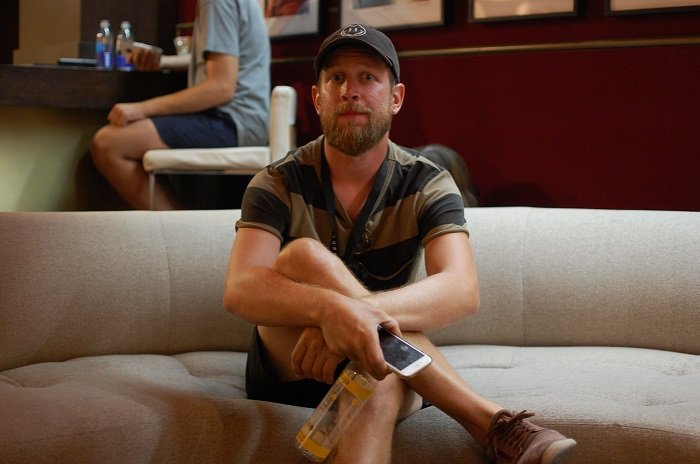 Age: Too old
Instrument: Guitar
Experience Returning to Warped Tour: For me it’s really cool, because other than my first real concert, this is the first festival thing I ever went to as a kid. A lot of the bands that I grew up listening to are on this tour this year, so it’s really humbling and cool to be able to share stages and a tour with bands who I grew up listening to. This festival in general has just been a huge gateway for so many bands. It really is just a pleasure to be a part of.
Favorite Songs to Perform Live: “Helpless.” It’s fun, has a good groove to it, and you can dance around and have a good time.
Advice to Younger Self: “Keep sticking with it — that’s really the only way that most people make it in this industry.” Most of the bands you listen to nowadays are five dudes who stem from 20 other bands, and it all just intertwines and connects. You’ve just gotta keep grinding.
Favorite Bands to Evolve Alongside: We took Of Mice and Men and Attack! Attack! literally on their first tours. We took PVRIS on one of their earlier tours. We’ve seen a lot of bands grow, and it’s awesome!
Guilty Pleasure: On tour I get really anal about where my gear is — where most of my stuff is really. I lose things here and there, but I’m usually pretty good about it after doing this for so long. We don’t get to shower as much, so if I had to sum it up in one characteristic, I’d say I’m also a little lazier. It’s a getaway.