Realizing that 1 o’clock on a Sunday was probably not the most convenient time for conversations over foodstuffs in Manhattan, Waterhouse leads the way westward to Freemans and then to The Grey Dog — unintentionally recreating the imagery of The Freewheelin’ Bob Dylan album cover with his girlfriend. After rejecting both for their outrageous, out-the-door lines, we are finally seated at a four-person table in the very front of Café Gitane without a wait.

“It’s a cultural disaster,” Waterhouse grumbles. “Brunch is like a regression to Hobbsian warfare.”

Still, having agreed to eat and talk on the record about his new album, Never Twice, Waterhouse succumbs to brunch-like food in a brunch-like setting with brunch-like company.

The 30-year-old’s third LP of original music is likely his best work, too. It combines both the swinging, retro rhythm and blues of 2012’s Time’s All Gone and the brooding mystery of 2014’s ­Holly. As a result, Never Twice retains its danceable doo-wop, epitomized on songs like the single “Katchi,” a collaboration with new-soul singer Leon Bridges. The album also expands in all the right musical directions like on the instrumental “Lucky Once” and flute solo-filled funk of the seven-and-a-half-minute “Stanyan Street.”

Waterhouse is a self-described “reticent” interviewee. Rather than divulge details about his personal life or narrative, his songs’ meanings, or reasons for creating, Waterhouse steers conversation to larger industry issues.

“I think I want to do about 10% of what I do in my career and the other 90% are things that I have to do so that I can do that 10%. And I try to be a good sport about the other 90,” Waterhouse says over a ramekin of baked eggs with smoked salmon, capers, potatoes, and cream. 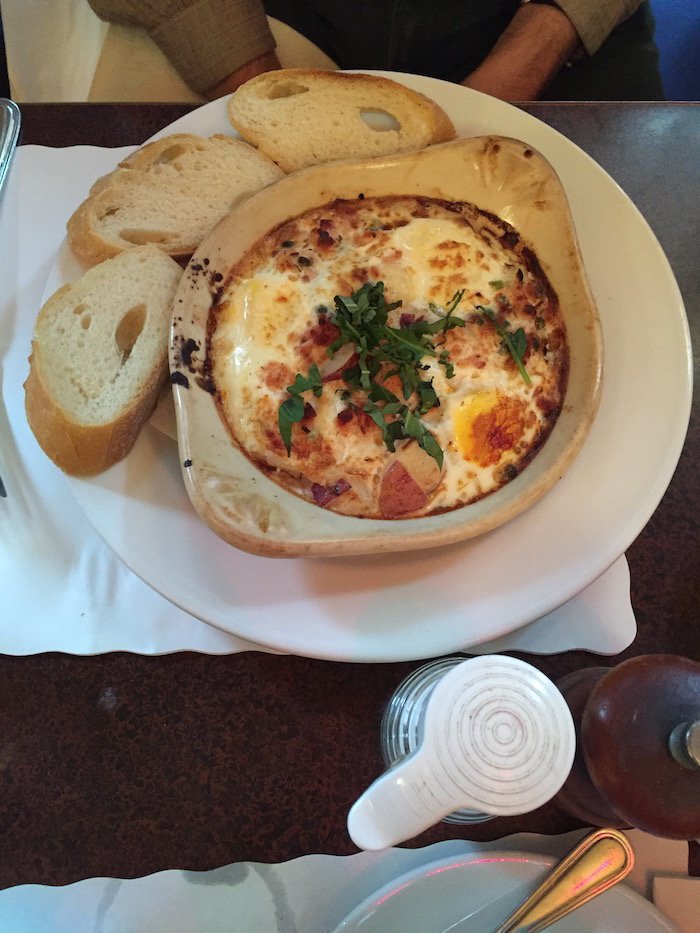 Even since the beginning of his musical career, Waterhouse has never wanted to be a singer or the center of attention. “It’s all been a big terrible misunderstanding,” he says, referring to his current position — making records under his own name, as the frontman for his own project. “You make something that you don’t think anybody’s gonna hear, and then everybody hears it and then they tell you, ‘This is the next thing you do. You go here. Take this plane.’”

The eldest son of a fireman and a saleswoman, Waterhouse reminisces briefly on his childhood. He listened to AC/DC, Black Flag and Elvis Costello, and cites Lester Bangs’ essay on Them as music journalism that changed his life — all influences that remain in his contemporary music. As a teenager, he played in bands and when no one wanted to sing in one of them, he took the gig out of necessity.

Thinking back, he says, “I guess that’s kind of the motto of my whole career: nobody else is going to do it. You have an idea and you’re like, ‘Man, it’d be great if somebody did this.’ And then you find that three years pass and nobody’s done it and all you’re doing is being the same person saying, ‘It’d be great if somebody did this.’ So that’s always been a motivation for me to do something else.”

Likewise, throughout his whole career Waterhouse has almost exclusively been labeled as sounding like/hailing from another era. He dresses himself in stylish threads; He wears his hair in a way that makes people ask if he uses pomade (he is quick to say he doesn’t); his music grooves to the beat of a jazz drummer and soars with saxophone solos and female vocal accompaniments. 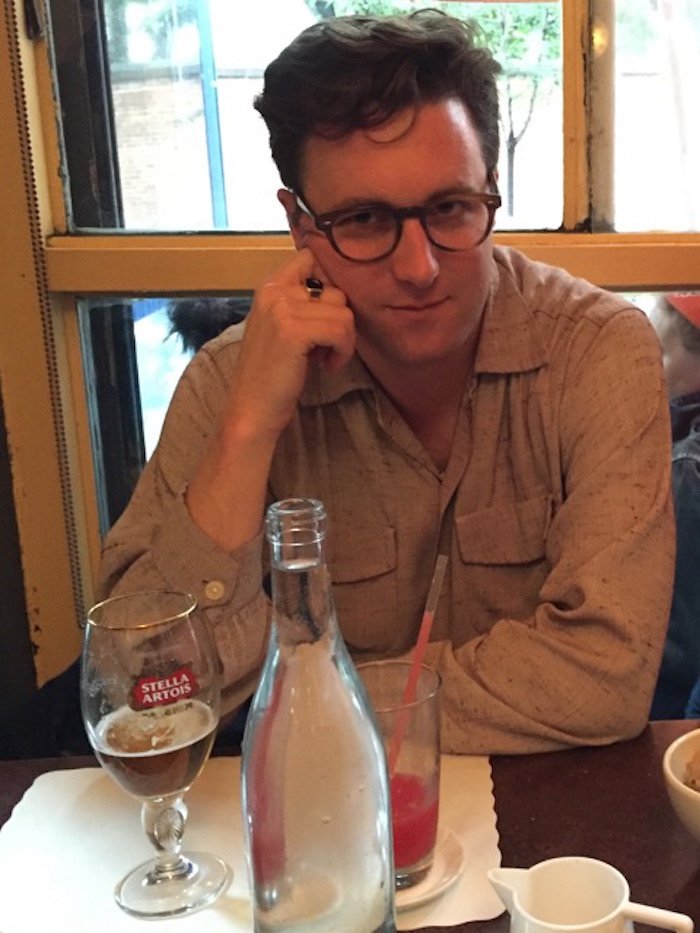 Rejecting that notion, however, he argues, “I don’t think my music is from another place and time. I think it’s from right now.” Waving his fork around for emphasis, Waterhouse continues, “Maybe it’s a reaction to what I live in...What if everything I see in atmosphere, in sonics, in performance is emotionally bankrupt to me? What if I don’t believe a guitar pedal? Maybe it’s what’s not being said that’s actually happening?”

And now, as audiences get to dig into Never Twice, Waterhouse steels himself against the onslaught of questions about hair gel and TV dinners — markers of a time that didn’t actually influence his music. “My record is how I want to be portrayed,” he decrees. “That’s the point of me making my record.”

But when faced with the question of why he stays in the game, in the crapshoot that is the music industry, Waterhouse seems like he’s at a loss.

“I dunno,” he says. “I dunno what else to do.” After a brief pause of simultaneously considering existential options and the last crumbs in his dish, he admits, “This is better than anything that ever happened in my life, so there’s no reason to stop doing it.” 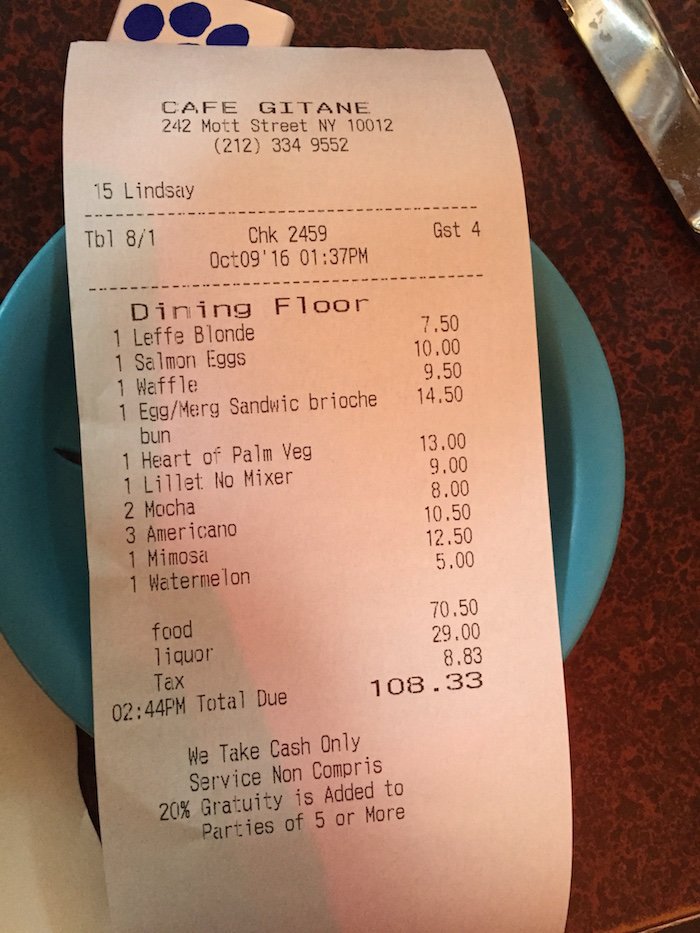